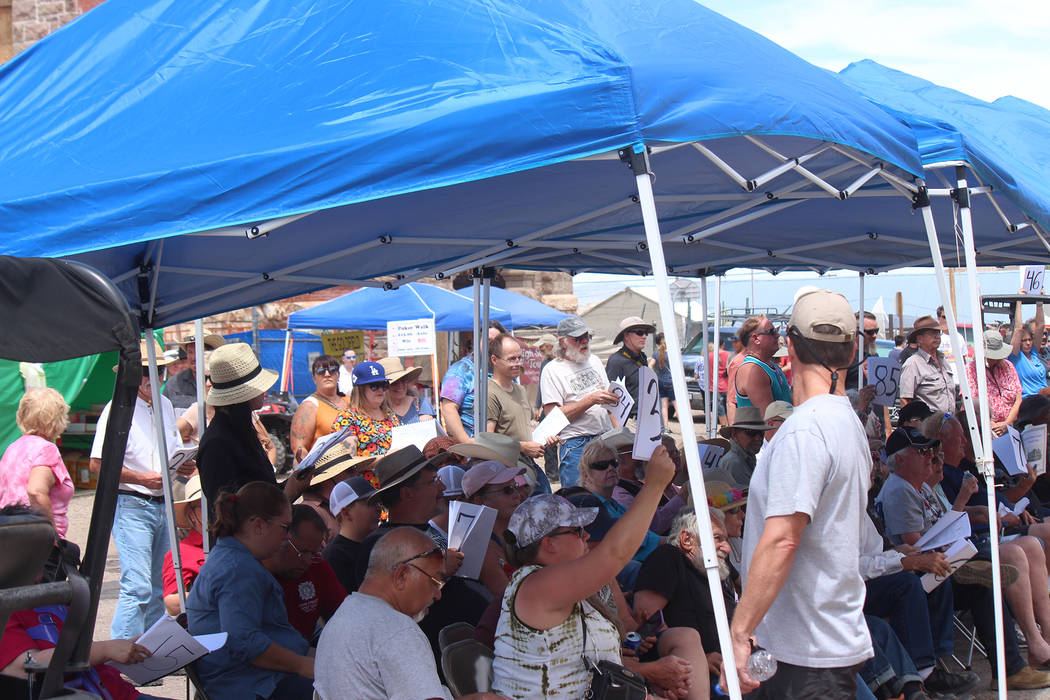 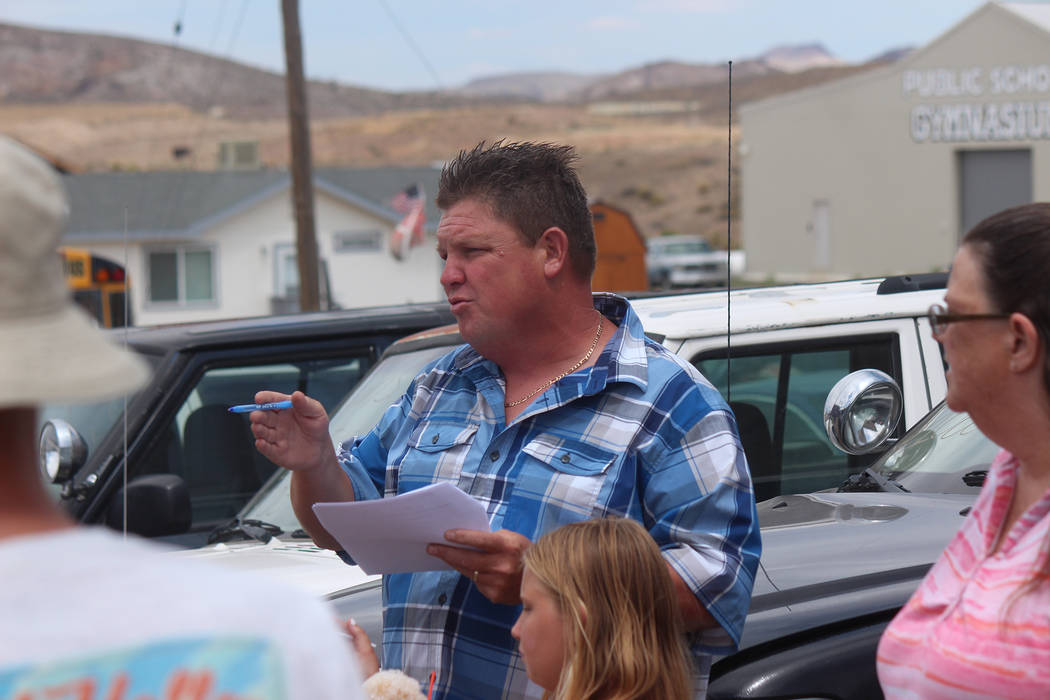 Jeffrey Meehan/Times-Bonnaza An auctioneer calls for bids on vehicles for the Esmeralda County Sheriff's Office on Aug. 3, 2019. The auction coincided with the Goldfield Days, an annual celebration in the town for the last 19 years. 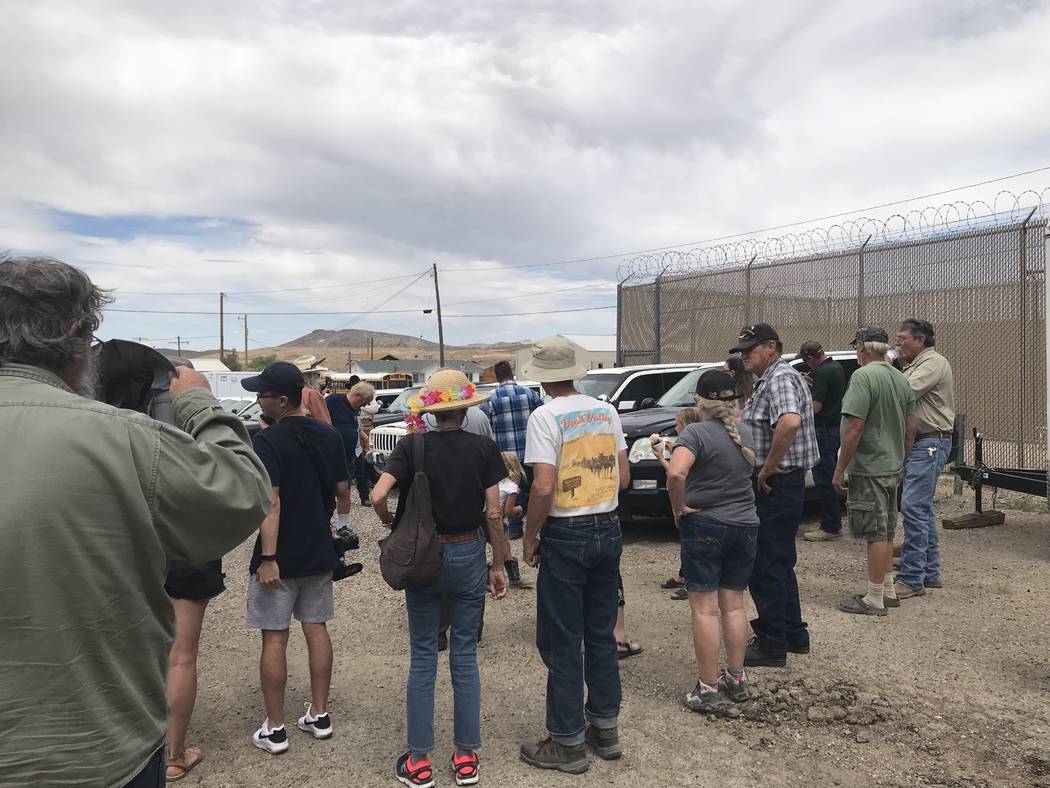 Jeffrey Meehan/Times-Bonnaza People line up for a car auction from the Esmeralda County Sheriff's Office on Aug. 3, 2019. The auction coincided with the 19th annual Goldfield Days celebration, held from Aug. 2-4. 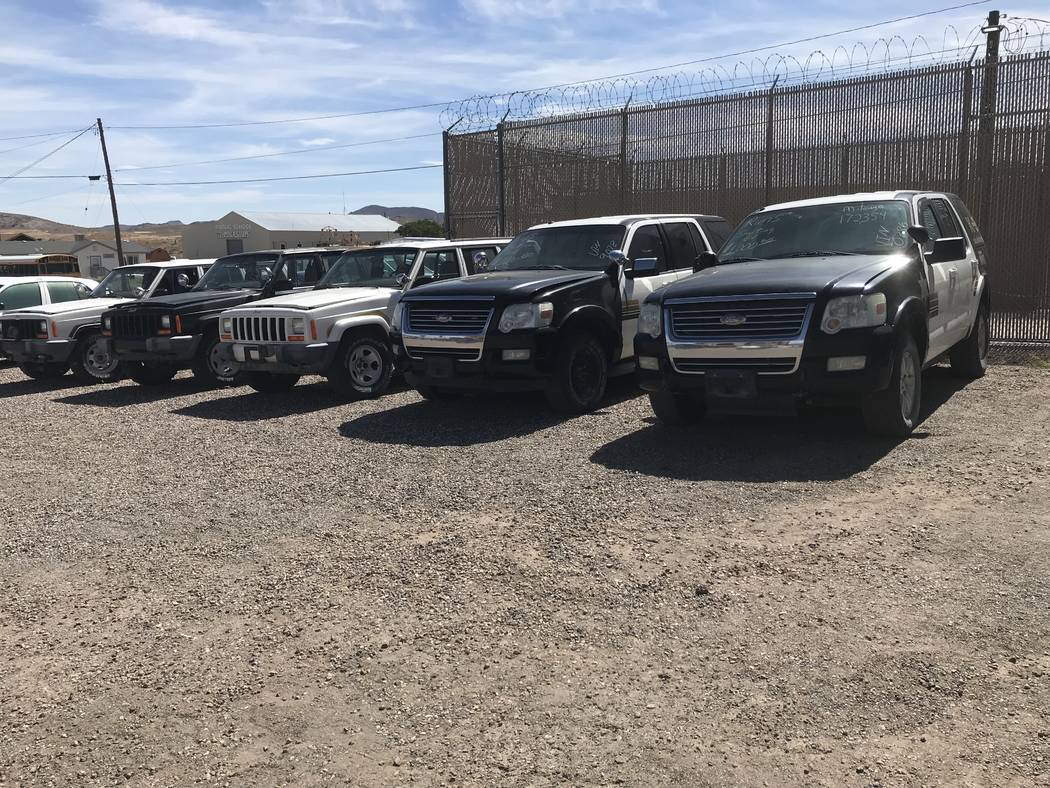 Jeffrey Meehan/Times-Bonnaza People line up for a car auction from the Esmeralda County Sheriff's Office on Aug. 3, 2019. More than a dozen vehicles and other items were put on the auction block, bringing the sheriff's office over $10,000 for its vehicle improvement fund. 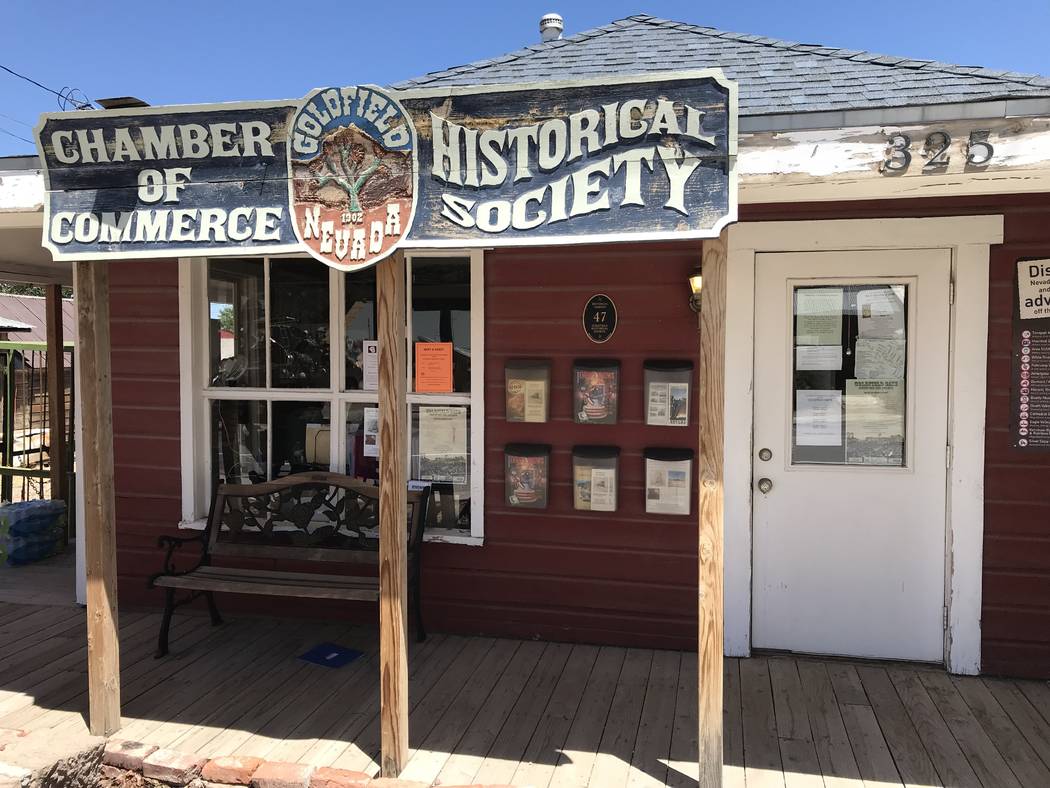 Jeffrey Meehan/Times-Bonnaza Peggy Carrasco, president of the Goldfield Chamber of Commerce, said she was expecting a lot of people on Friday, Aug. 2, in the early hours of Goldfield Days. 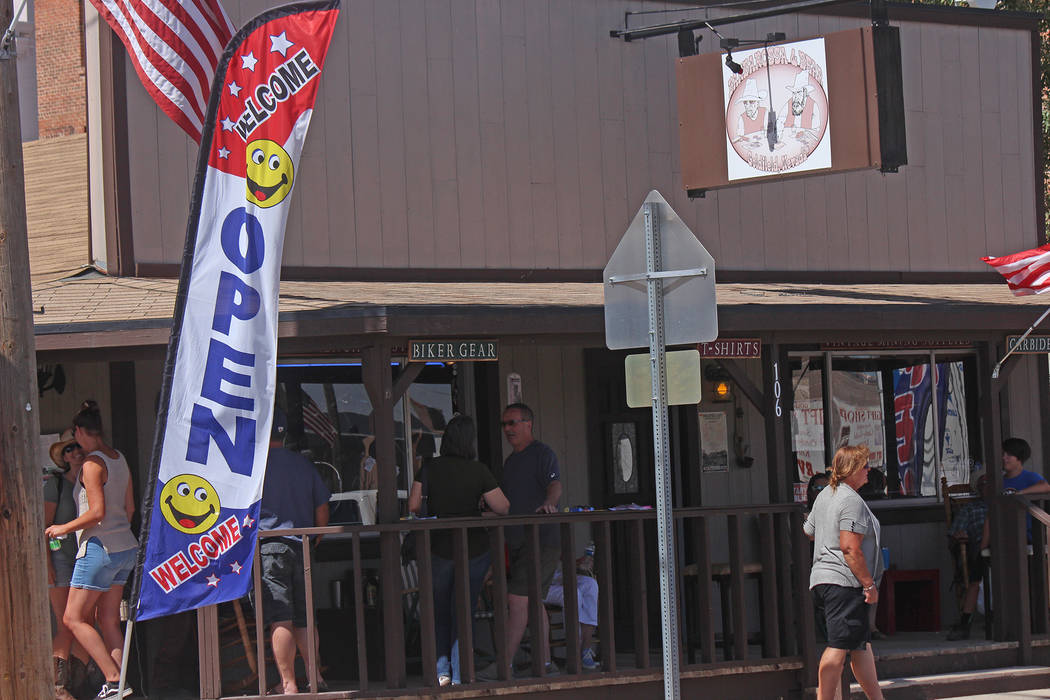 Jeffrey Meehan/Times-Bonnaza People from all over Nevada, the United States and the world travel to Goldfield for its annual celebration: Goldfield Days. The 19th annual Goldfield Days was held Aug. 2-4. 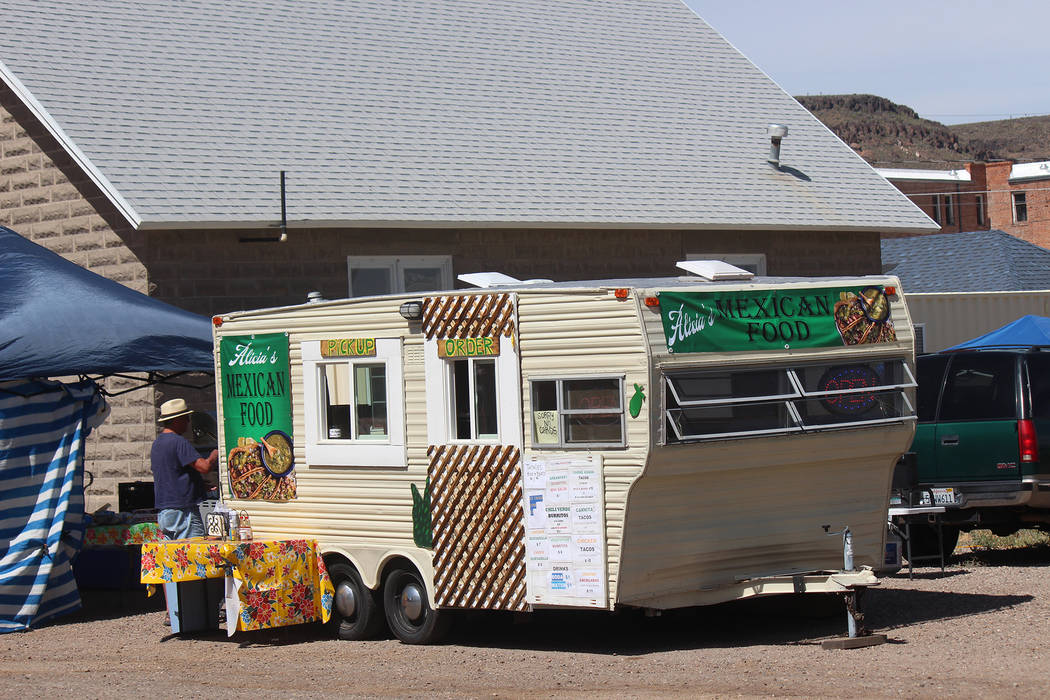 The 19th annual Goldfield Days’ celebration in Esmeralda Country brought out dozens to bid on property and mining claims in the region. The annual event draws in locals and individuals from across the U.S. and beyond.

For 2019, Esmeralda County had over 20 properties and mining claims in Goldfield and Fish Lake Valley. The land auction was held on Saturday, Aug. 3, and pulled in more than $111,000 during the event.

“We accumulate them. Then when we get enough of them, we have a sale,” Elgan said.

The proceeds go back to the sheriff’s office’s vehicle improvement fund, according to Elgan.

The vehicle auction brought in over $10,000 in revenue for the sheriff’s office.

The 19th annual Goldfield Days swept through Esmeralda County from Aug. 2-4. The event included numerous events and had food, fun and entertainment.

Peggy Carrasco, president of the Goldfield Chamber of Commerce, said she was expecting a lot of people on Friday, Aug. 2, in the early hours of Goldfield Days.

Saturday was the big day, with a parade, a land auction and other offerings.

Dozens lined the streets on Saturday morning for the parade. Locals and visitors also dressed in period clothing in the style of the Old West as well.

Attendees were also able to enjoy street dancing, a pet parade, antiques, crafts, food, a beer garden, a car show and other events during the three-day festival.

Several large prizes were raffled off during the event: a mountain bike, hotel stays, a one-ounce gold bar and other items. Raffle tickets were $1 to enter.

Watch for further coverage of Goldfield Days in future editions of the Times-Bonanza &Goldfield News.