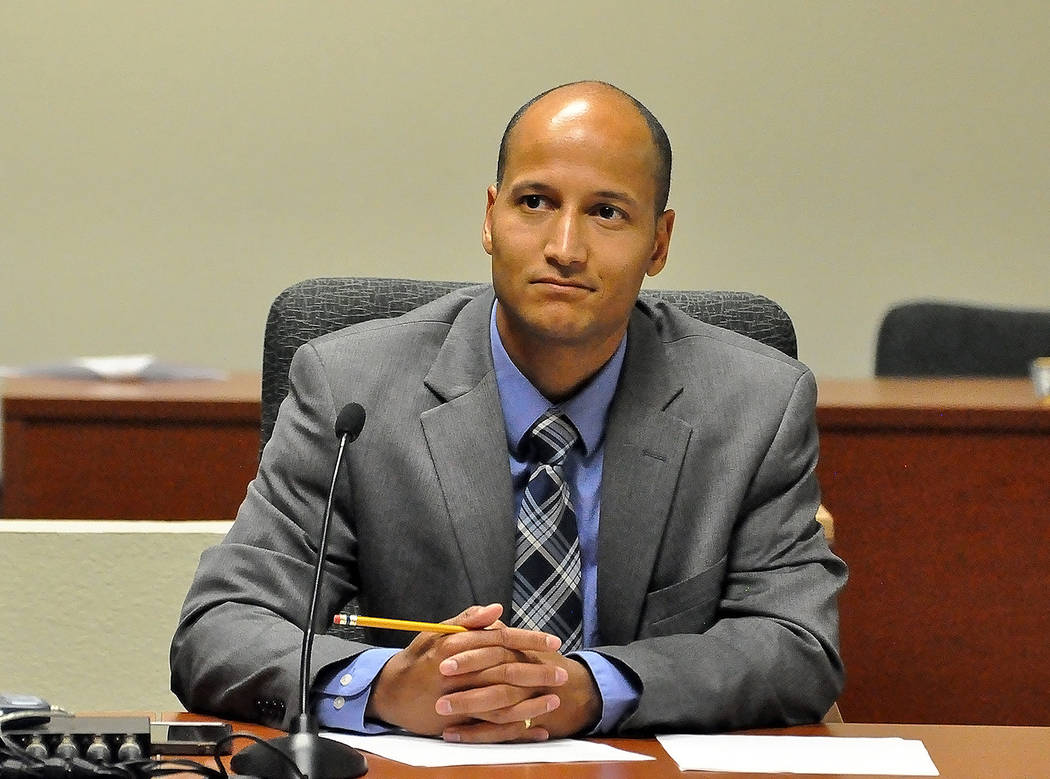 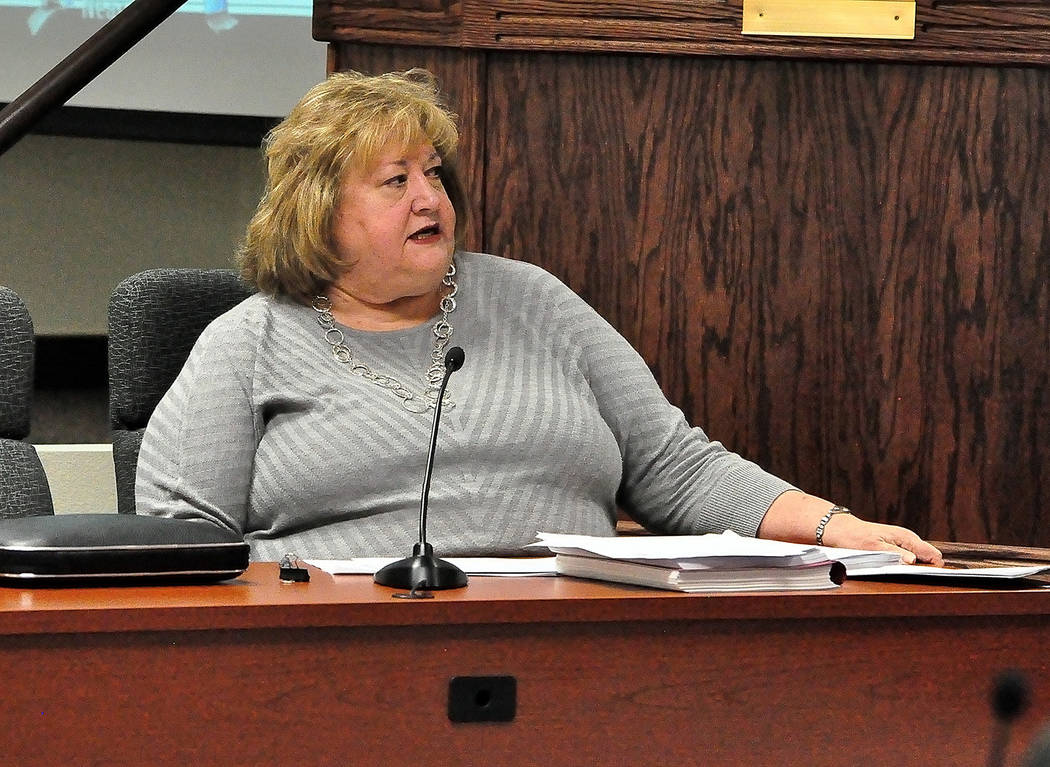 Horace Langford Jr./Pahrump Valley Times Nye County Manager Pam Webster didn't request the renewal of her contract after it was extended for two years in December 2015. She is officially retired as of Jan. 3.

In addition to taking over the duties as county manager, Sutton will also be replacing Webster as the manager for the Town of Pahrump.

Despite Webster’s request that the county not make a fuss over her leaving, Nye County Commissioner Lorinda Wichman was not about to let Webster depart without a fond farewell.

During the Nye County Commission’s Tuesday, Jan. 2 meeting, an obviously emotional Wichman took a moment to offer some parting words for Webster. The county also used its social media to say adieu to the outgoing manager, posting a statement on Facebook.

According to the post, Webster became a Nye County employee in 2006 and began in the financial department. Later, Webster was promoted to assistant county manager, followed by her elevation to manager in 2012.

Three years later, Webster also took over as the Town of Pahrump’s manager after citizens voted to dissolve the elected town board of Pahrump in 2014. The dissolution became official in January 2015 and the Nye County Commission, sitting as the governing body for the town, made the decision to let then-town manager Susan Holecheck go. Webster was quickly selected as her replacement.

Wichman and Webster had worked together for over a decade and apparently developed a close relationship throughout the years. Wichman expressed her sadness over Webster’s retirement but also noted that she is pleased to have Sutton at the managerial helm.

“It is with a bittersweet heart that I want to wish Pam Webster a happy retirement. Pam has been our longest-standing and most successful county manager since my involvement in county business nearly 15 years ago,” Wichman told the audience on Jan. 2. “Under Pam’s management, we have experienced new levels of cohesiveness. We saw more innovation and efficiencies for stable and sustainable budgets. And through her program of succession training, we have been provided an excellent replacement for her.”

Webster herself was not in attendance at the meeting but Wichman said she hoped Webster was listening to the proceedings over the county’s online video feed.

“There isn’t any fanfare, there is no party, there is no cake, at her insistence. She wishes only to slip out the side door and be off to her well-deserved retirement,” Wichman stated. “We are respecting her wishes but with only a small public recognition by this commission. If you are watching this broadcast, Pam, you have been a treasured colleague. At times you have been my chastising momma voice, always a trusted confidante and my dear friend. Go with God.”

Wichman was not the only commissioner to offer kind parting words either, with commissioner Dan Schinhofen chiming in as well. “You spared me from saying all of that,” Schinhofen told Wichman before concluding, “Pam will be missed but I look forward to moving forward with the county with Tim.”

Sutton said he too is sad to see Webster go but he is very eager to dig into the responsibilities he now holds and is optimistic about his future with the county. “Pam will be sorely missed. She served the county faithfully for almost 12 years and led us through some difficult times,” Sutton stated when reached for comment. “I have always enjoyed working with her and had the rare privilege of being mentored by her over the past three months. Nye County is losing a tremendous leader, and I’ll do my best to fill the void left by her absence.”

According to the most recent posting on Transparent Nevada, in 2016 Webster received a total of $173,445.76 in salary and benefits as county manager. As detailed in his employment contract, Sutton will take home $121,867.20 per year in salary, plus additional benefits.