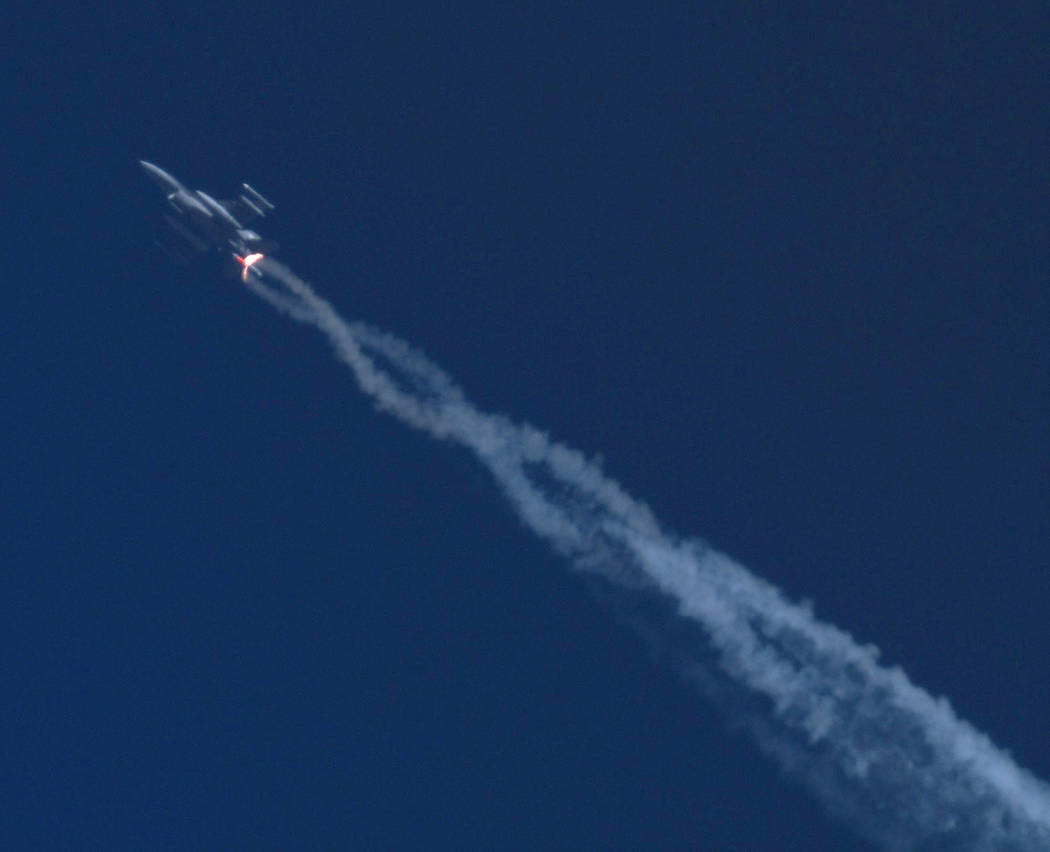 Photo by James Galli/Sandia National Laoratories An F-16C from Nellis Air Force Base in Nevada releases a mock nuclear weapon for a March test at Tonopah Test Range. The test is the first in a series planned over the next three years. 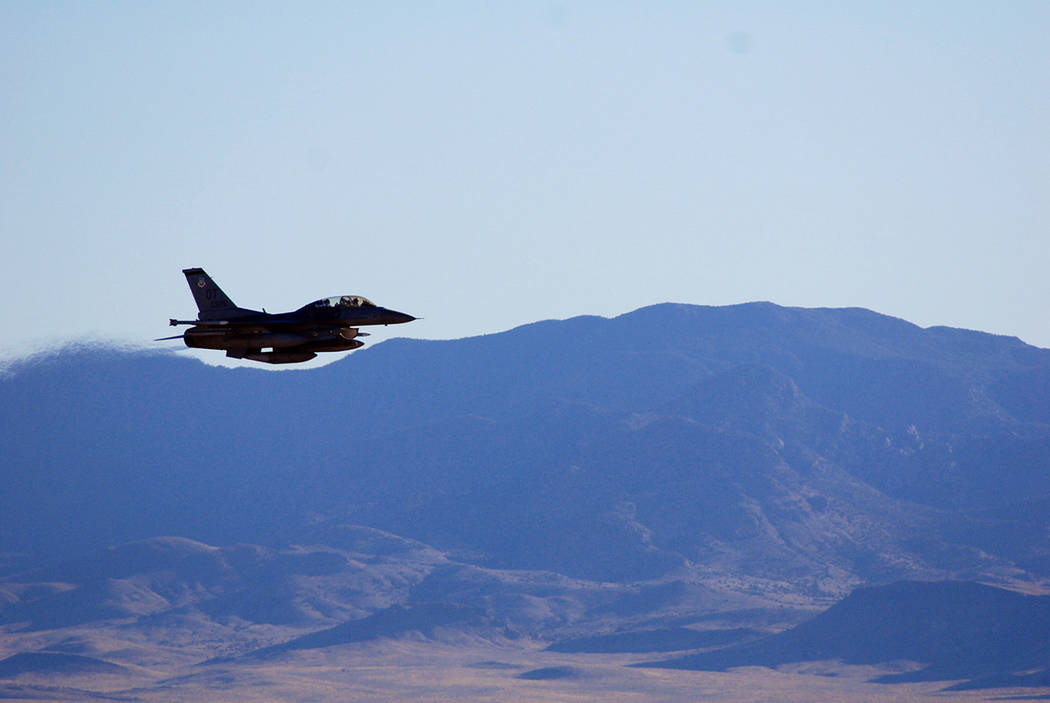 Photo by John Salois An F-16C makes a pass over Nevada’s Tonopah Test Range after a March test of a mock nuclear weapon as part of a Sandia National Laboratories life extension program for the B61-12. Teams will spend months analyzing the data gathered from the test.

The Tonopah Test Range is getting international attention for its role in trying out a major new U.S. military weapon.

A mock version of an upgraded nuclear bomb was successfully dropped on a dry lake bed within the range in March, Sandia National Laboratories announced.

“An F-16C from Nellis Air Force Base near Las Vegas, chosen to drop the test unit representing a B61-12, began with a dry run over one of the lake beds,” Sandia said in a statement providing test details. “But during his next pass for the planned release, he had to roar off after a small group of wild horses that ambled onto the lake bed.”

Those watching from the tower of the range’s Test Operations Center felt “excitement and pleasure that it all worked as we expected,” said Anna Schauer, director of Sandia’s Stockpile Resource Center, in the statement.

“It’s great to see things all come together: the weapon design, the test preparation, the aircraft, the range and the people who made it happen,” Schauer said.

A video feed from a remote camera in the area showed the horses trotting away to safety, herded by wranglers; security officers in a white pickup, its headlights and rack lights pulsing, Sandia said in its statement.

“That’s a first for us,” Test Director Joe Simile of Sandia said. “We’ve never had to chase horses away from the target.”

“The extra pass meant the F-16 carrying the test unit and a companion wingman F-16 would have to refuel in flight from a tanker airplane circling the area before returning to base,” Sandia added.

The mock bomb was dropped March 14 with word of the test made public in April.

“Test day dawned cloudless and wind-free, perfect weather at the range, an area of 280 square miles with two main target areas on flat lake beds sitting between mountain ranges,” Sandia, which runs the Tonopah range, said in its account.

“Workers from Sandia and contractor Navarro Research and Engineering operated tracking telescopes, remote cameras and other instruments in the field to gather information on the reliability, accuracy and performance of the weapon under conditions meant to replicate operations.”

Based on initial information, the test is being called a success.

“From a distance, the drop of a mock nuclear weapon — containing only non-nuclear components — was a mere puff of dust rising from a dry lake bed at Nevada’s Tonopah Test Range,” Sandia said. “However, it marked the start of a new series of test flights vital to the nation’s B61-12 weapon refurbishment program.”

“For months, teams will be analyzing a wealth of data they collected from this first of a qualification test series planned over the next three years,” the contractor added.

Sandia released photos of a fighter jet on the range.

“The video feed, a much closer look, showed the F-16 release the test unit, the unit’s spin rocket motor ignite and the mock weapon fall through the air,” Sandia said. “After the drop, the two F-16s turned to scream past the control tower about a half-mile away, giving observers a closer look at the planes,” the contractor said.

The high-altitude drop left what is described as a “neat hole” on the lake bed.

Crews later dug the mock weapon out of the dirt.