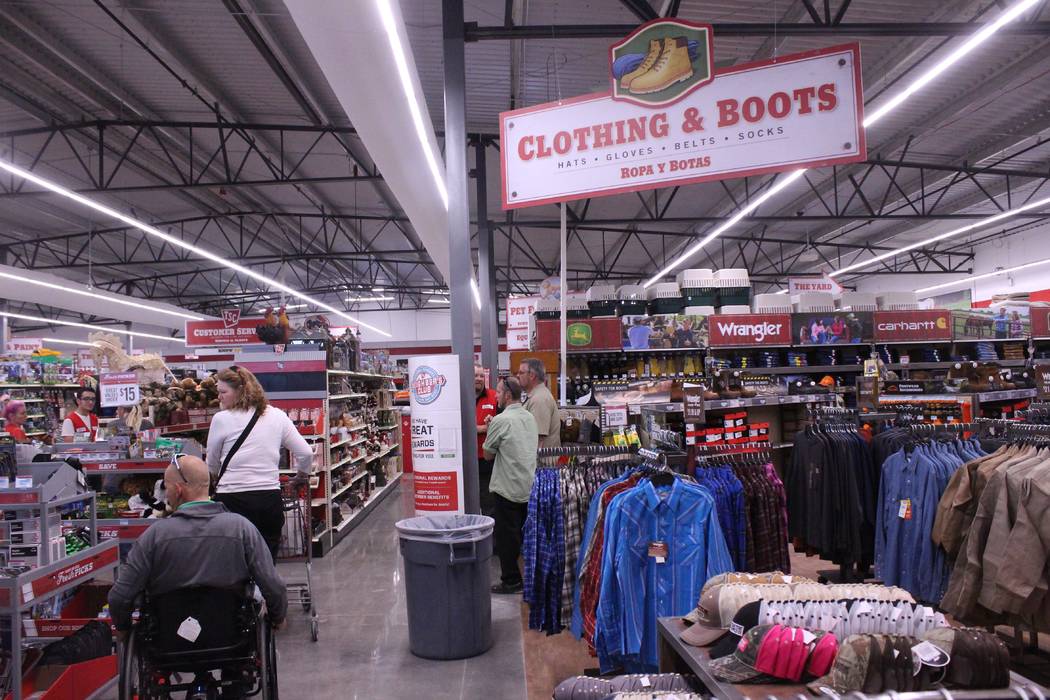 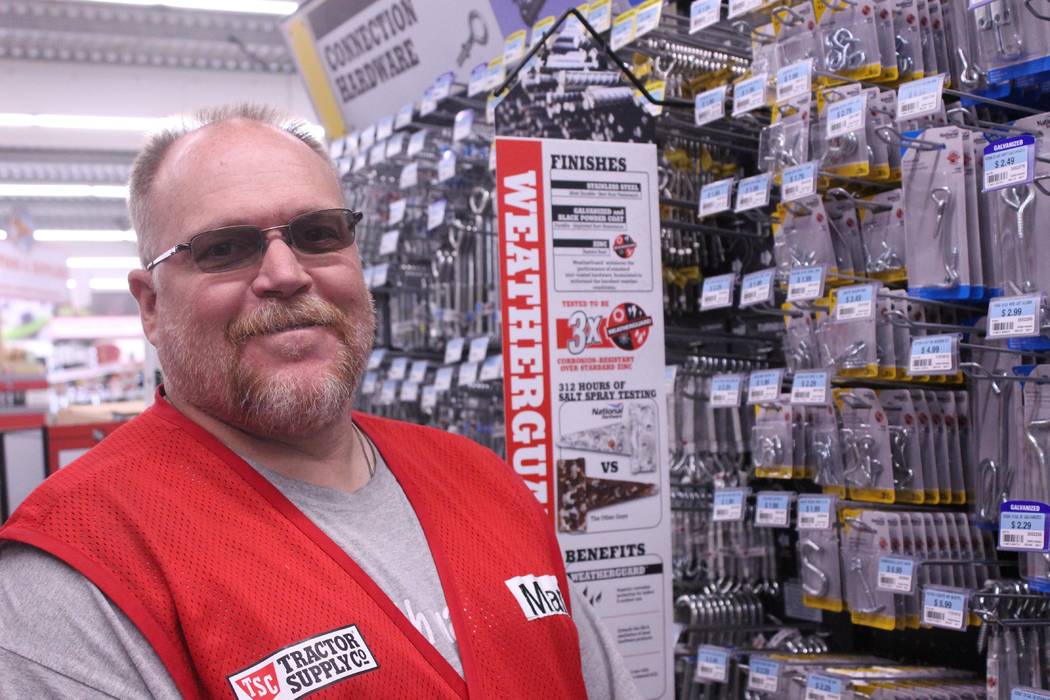 Jeffrey Meehan/Pahrump Valley Times Mark Slingerland, general manager of Tractor Supply Co. in Pahrump, stands at the new location at 900 E Highway 372 on Oct. 23, 2017. Slingerland worked to open the more than 19,000-square-foot retail store in the fourth quarter of 2017. 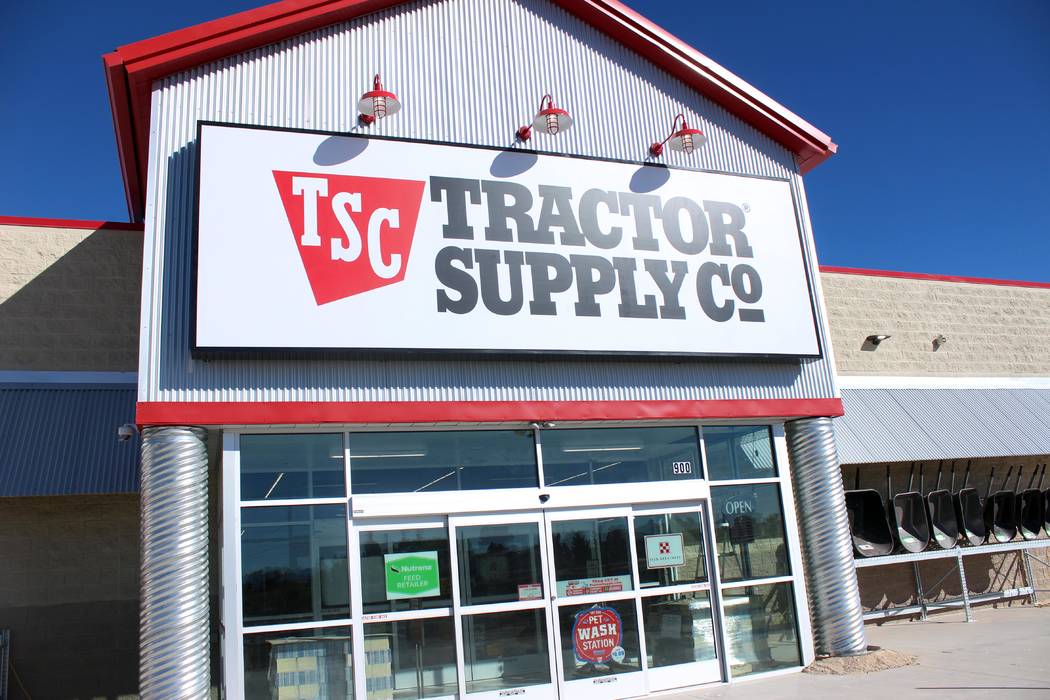 Jeffrey Meehan/Pahrump Valley Times The sign hangs at the new Tractor Supply Co. The location at 900 E Highway 372 is open for regular hours, from 8 a.m. to 9 p.m. The store is open on Sunday from 9 a.m. to 7 p.m. 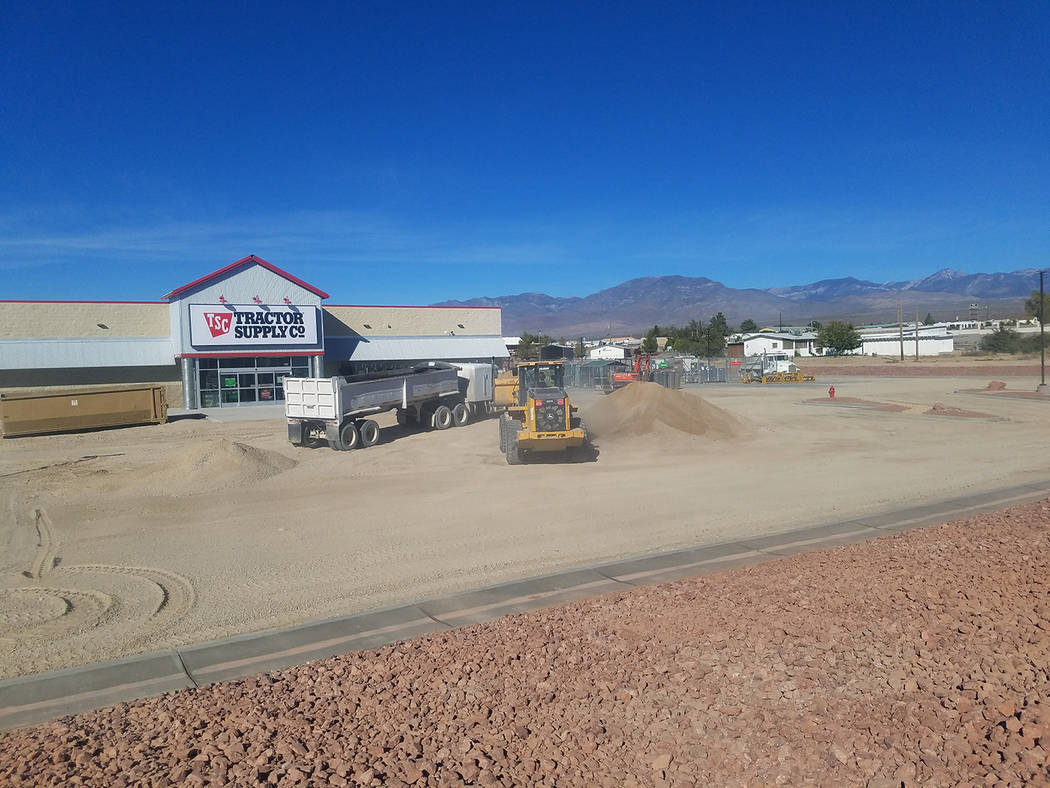 A first of its kind national retail store in Southern Nevada for the working farm and hobby farm, along with animal owners, made its way to the Pahrump area at the end of 2017.

Brentwood, Tennessee-based Tractor Supply Co., which has more than 1,600 stores nationally, in every state except Alaska, completed its 19.097-square-foot store in the fourth quarter of 2017. The store was the first Southern Nevada location.

Mark Slingerland, store manager for the Pahrump location, said the new retail store had everything for the rural farmer just before the store opened its doors at 900 E. Highway 372. The store now sits at the corner of South Bolling Road and Highway 372.

“We carry everything you need for that process,” said Slingerland, as he gave a tour of the space to a reporter from the Pahrump Valley Times in 2017.

The store is lined with several products, including chicken feed, horse products and other things such as tractor tires and a large selection of nuts and bolts.

The store was estimated to create more than a dozen jobs for the Pahrump area after it opened. That added to the roughly 24,000 employees at Tractor Supply, according to a news release in 2017.

This is not the first location in Nevada. In 2013, Tractor Supply entered the state with a store in Carson City. The company built another location in Minden in northern Nevada after that.

According to a quarterly Securities and Exchange Commission filing in February, Tractor Supply is projecting to open approximately 80 new stores under the Tractor Supply label across the U.S. in fiscal year 2018, along with 20 new Petsense stores. That report was based on statistics through the end of 2017.

Overall, Tractor Supply’s planned growth is an increase of 5 percent of its current square footage footprint, according to the filing.

The company had 1,685 Tractor Supply and Del’s Feed stores in operation at the end of 2017 and 168 Petsense retail stores. Those numbers included the closure of 11 Tractor Supply locations in fiscal year 2017. No Petsense stores were closed in that period.