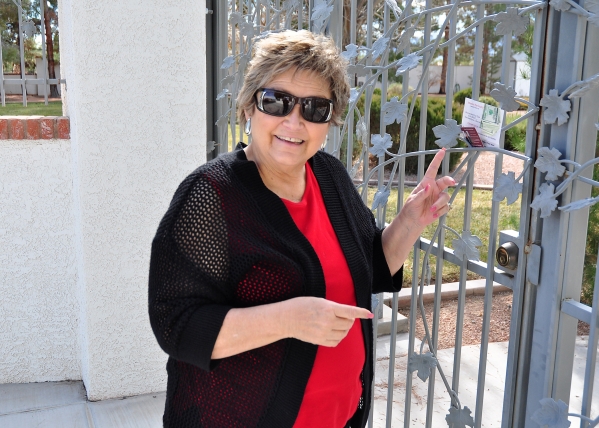 Tina Trenner, the only Pahrump candidate who plans to challenge incumbent James Oscarson in an Assembly District 36 election, is ramping up her outreach efforts ahead of the June primary.

Trenner will challenge will join two other candidates in challenging Oscarson on June 14 with the winner moving on to the General Election on Nov. 8.

Trenner has been going to neighborhoods in several areas in her district and talking to residents. Recently, she visited Tonopah and Belmont.

“I want to meet everybody in this county. I’m going to drive to every single house that I can go to and introduce myself to them,” she said.

Trenner, who recently got endorsement from the Nye County Republican Central Committee, touted her expertise of local issues and involvement in the community.

“I have years of being involved in this stuff,” said Trenner, who has been a Pahrump resident for 14 years.

Trenner is a political novice in the race. Among her chief issues she named taxes, water, land and wild horses. She had previously criticized the Basin 162 Groundwater Management Plan that sought to regulate new domestic well owners in Pahrump.

“I want the BLM out of this state,” she said.

Additionally, Trenner said she plans to open up a store to raise money for veterans.

Trenner is a Palm Springs, California native. She previously worked as a TV and radio host in Las Vegas and has been a longtime advocate for animal rights.

Oscarson, who entered his second term last year, had faced a wave of criticism after he voted in support of Gov. Brian Sandoval’s $1.1 billion budget package of extended and new taxes that represented one of the largest tax packages in state history. The bill was meant to support Gov. Brian Sandoval’s statewide education plans.

Trenner said many residents of Pahrump had told her they were unhappy about the tax increase.

Oscarson announced his bid for re-election to a third term in the state Assembly last November. He was first elected to the Nevada State Assembly in 2012.

Two other candidates, Rusty Stanberry of Las Vegas and Scott Mattox of Amargosa Valley, have announced their intention to run. Official filing to run is March 7 through March 18.