Though residents of Trout Canyon were allowed to return home Sunday following a mandatory evacuation caused by the Carpenter 1 fire, it was a bittersweet return as they were unsure whether there would be any running water in their community.

Dennis Walker, a Trout Canyon resident, questioned a panel of fire officials and police Friday evening at an informational meeting at the Calvada Eye as to whether any plans had been made to get water to the homes in the area.

“It just seems to me that’s the main priority and I would like to ask the forest service and the powers that be, can we get a temporary line from Deer Springs to get that water flowing through the community and get that water to the helicopter lift so we can get that going?”

Clark County Deputy Fire Chief Fernandez Leary said the line Walker was referring to ran across private property and as such the county and state would need to get permission from the property owner in order to access that line to bring water into Trout Canyon.

As of Friday’s meeting, Leary said the state had attempted to contact the owner, but he was unsure whether any kind of agreement had been made to access the line.

After the meeting, Walker said there wasn’t much residents could do with their homes until there was a working water line to the community.

“We’re crippled, we need help,” he said. “We’re trying to build awareness to get the powers that be, whether it’s FEMA (Federal Emergency Management Agency), Clark County Emergency Services, the governor’s office or whomever, but we need to get our water system working, or at least a temporary water system up there. Everybody knows you have to have water in the desert to live. So it’s bittersweet, we can be back in our homes, but we don’t have any water to flush our toilets or drink, cook or water our fruit trees, so we need people to step up, this is an emergency, it’s a disaster and we need help.”

Walker hoped by bringing the issue up at the meeting he could inform people of the issues Trout Canyon residents are now facing following the fire. He said he hoped it could also possible generate donations or leads to resources to help them get the problem fixed soon.

Though he said he was frustrated he didn’t find immediate answers at the meeting, he did note he was grateful for the tremendous amount of support the Pahrump community has provided Trout Canyon residents in their time of need.

“I’d like to thank the Red Cross, the police, the county here, of course the officers over here and also the people who worked on the fire, you’re our heroes for saving our houses, we thank you for that,” he said. “And we thank the people of Pahrump for offering shelter and letting the Red Cross help us from here. You know, of course, we’re neighbors to Pahrump, but we are in Clark County, so we’d just like to say thank you.” 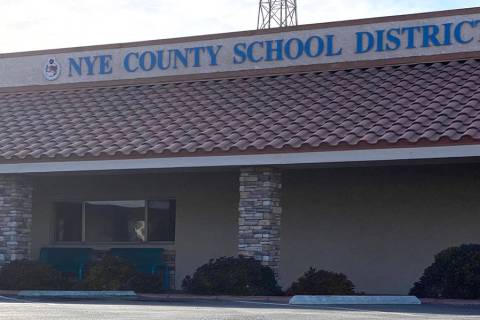 No one matched all five numbers and the mega number in the Saturday, July 11 drawing of the California Super Lotto. The next jackpot will be at least $23 million.