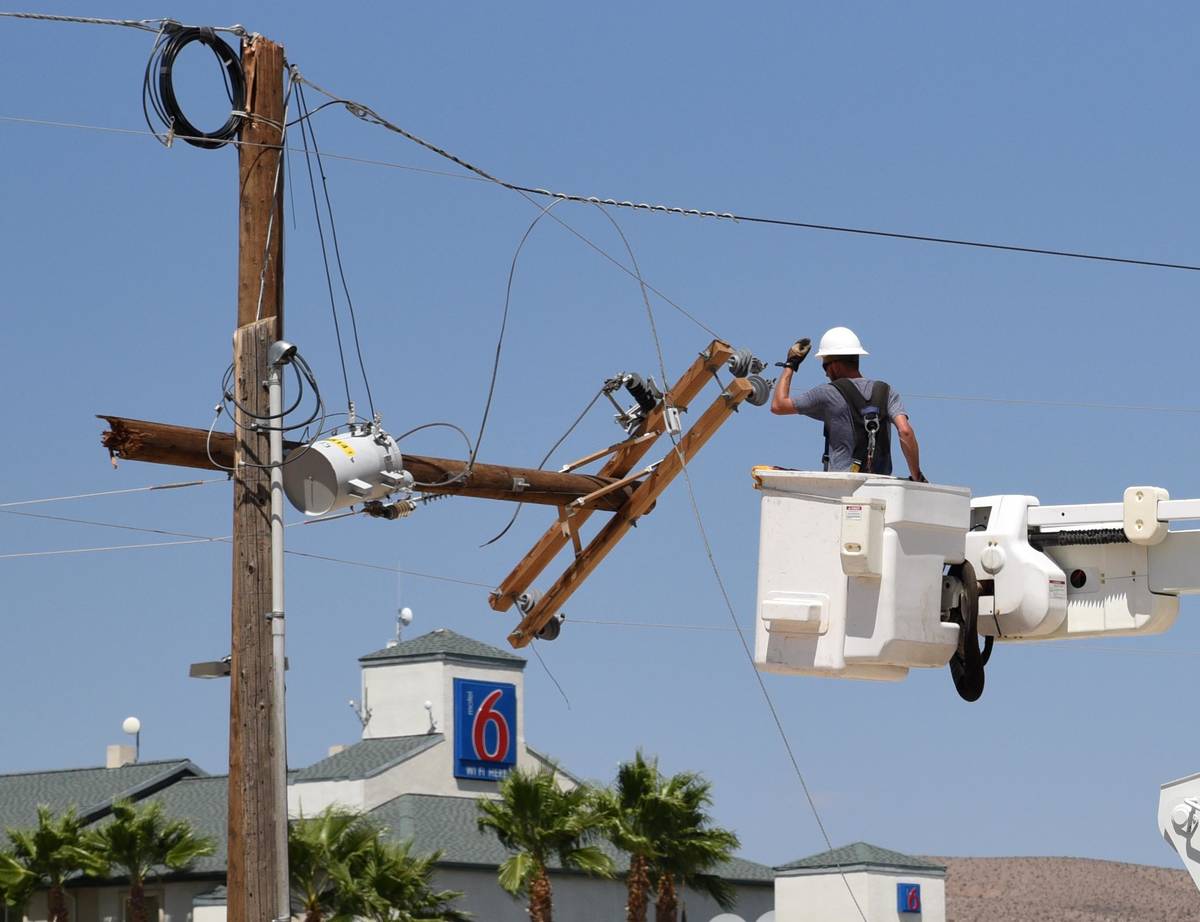 Richard Stephens/Special to the Pahrump Valley Times When the broken section of the pole came down during repairs, its weight damaged a second pole located across the highway next to the post office. 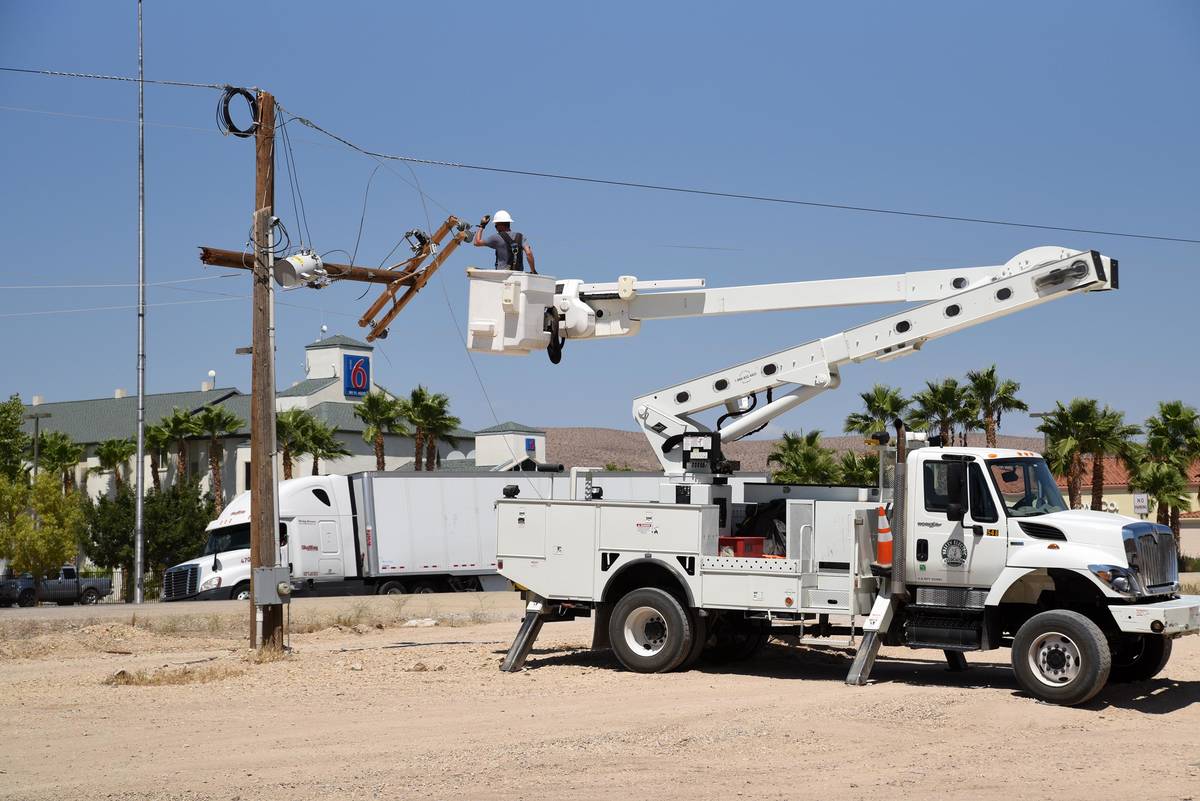 Traffic on Highway 95 was temporarily detoured around the downed wire as VEA personnel inspected the damage and began repairs.

The Beatty Post Office, the adjacent car wash, and one private residence were without electricity for several hours at the end of August as the result of a freak accident involving a big rig.

According to VEA lineman Dan Rogers, the power was interrupted on Aug. 29 when a semi snagged a downed guy wire and pulled away, snapping the upper part of a power pole.

Traffic on U.S. Highway 95 was temporarily detoured around the downed wire as VEA personnel inspected the damage and began repairs.

The cause of the broken power pole might have remained a mystery, seeing as how there were no strong winds or other obvious reason for the break, but the accident was caught on a nearby security camera.

When the broken section of the pole came down during repairs, its weight tugging on the line damaged a second pole located across the highway next to the post office, so the crew had to replace both poles.