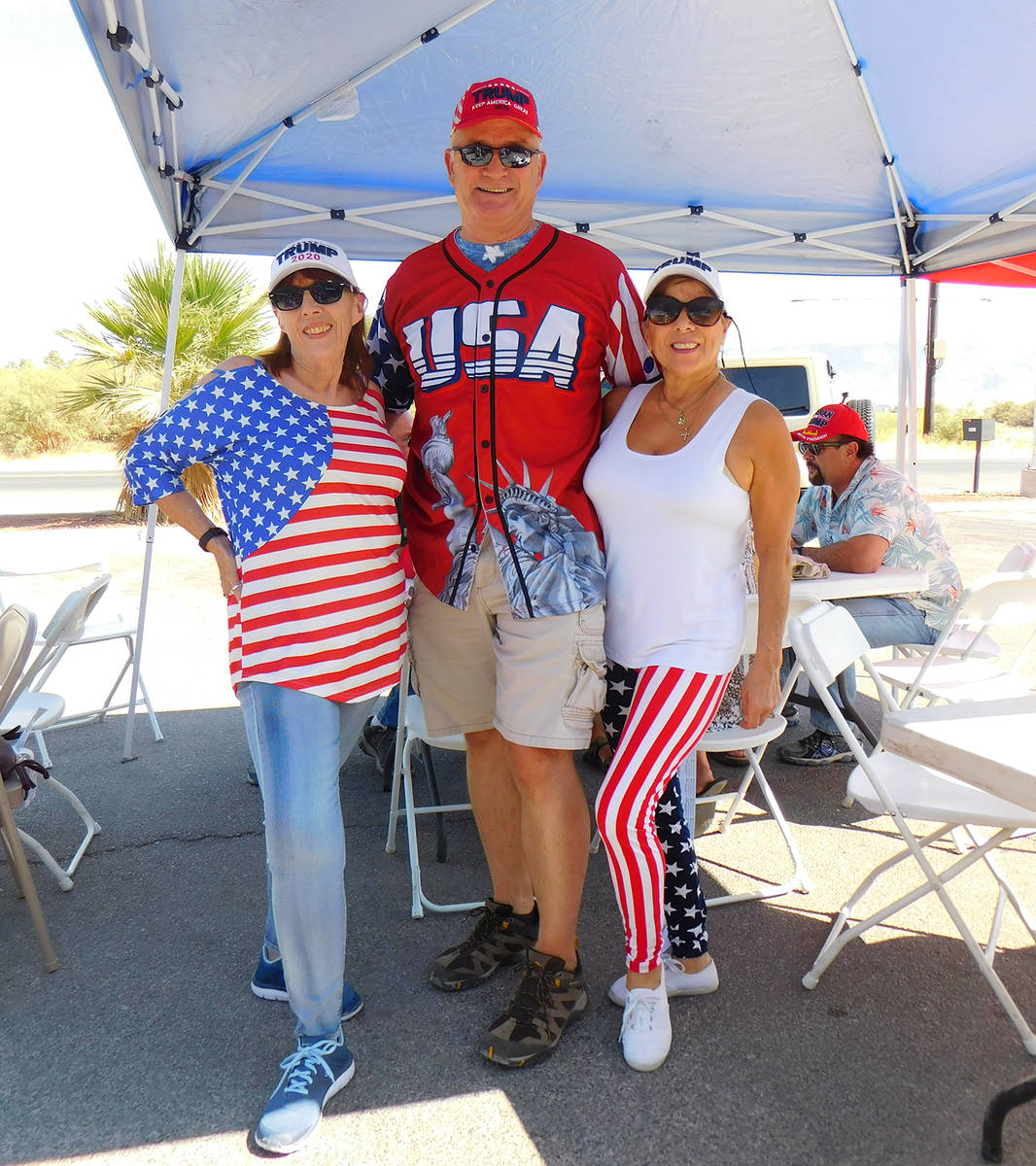 Robin Hebrock/Pahrump Valley Times Pahrump area Trump supporters were out on Saturday, Sept. 5 to enjoy a rally in support of the president's re-election bid as well as the Labor Day holiday. 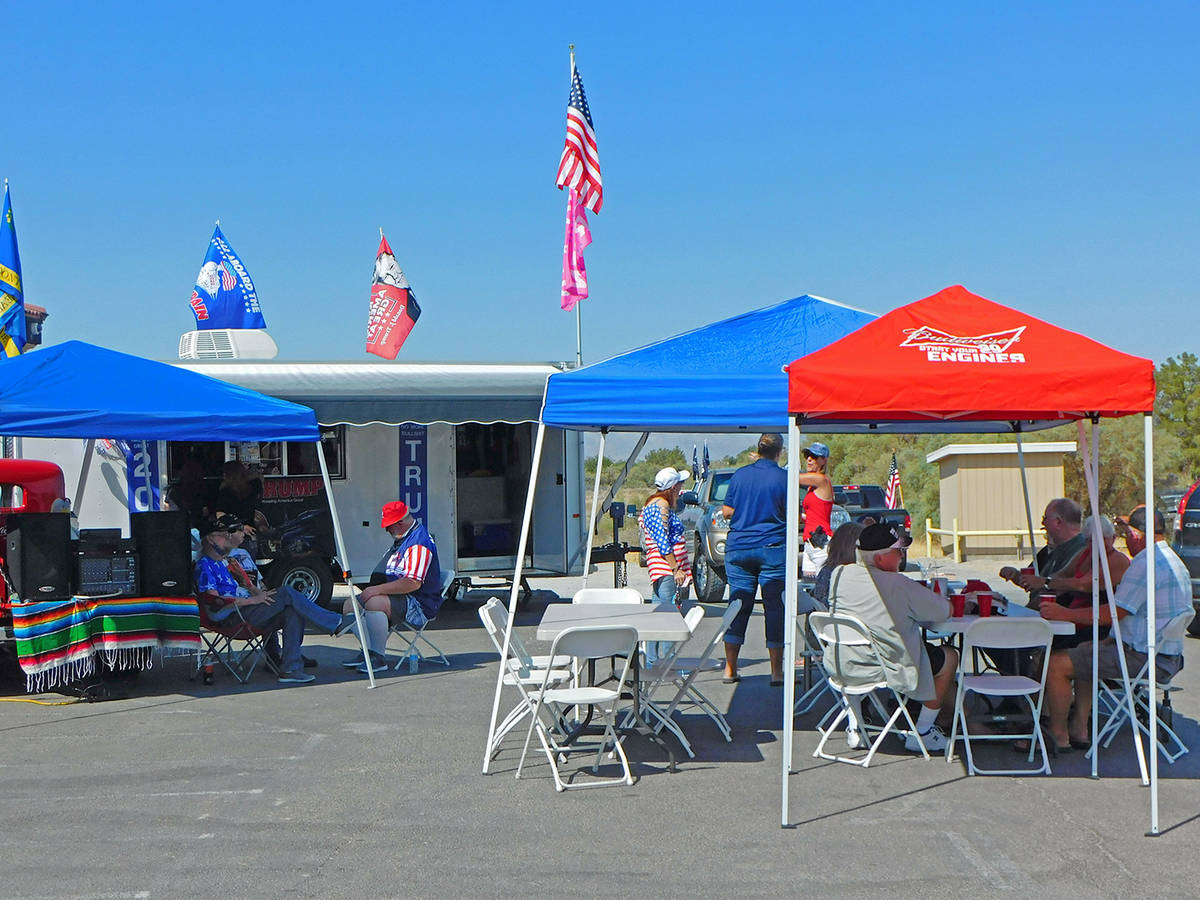 Robin Hebrock/Pahrump Valley Times The parking lot of the Coyote's Den and Big Dick's Pizza was the venue for a rally hosted by locals Cindi and George Vroenen in support of President Donald Trump. 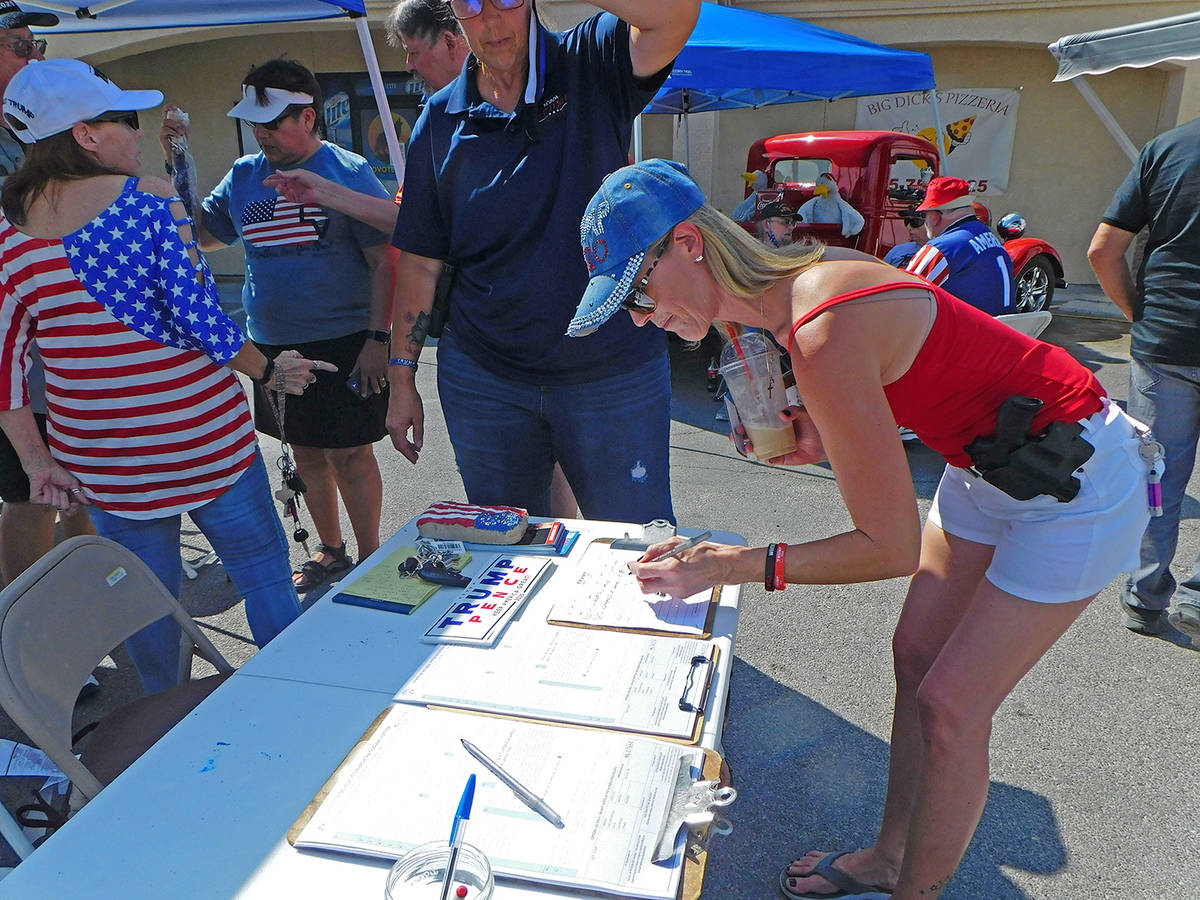 Robin Hebrock/Pahrump Valley Times Those interested in lending a hand with the re-election campaign for President Donald Trump were able to sign up as volunteers during the Trump Labor Day Celebration Rally hosted last weekend in Pahrump. 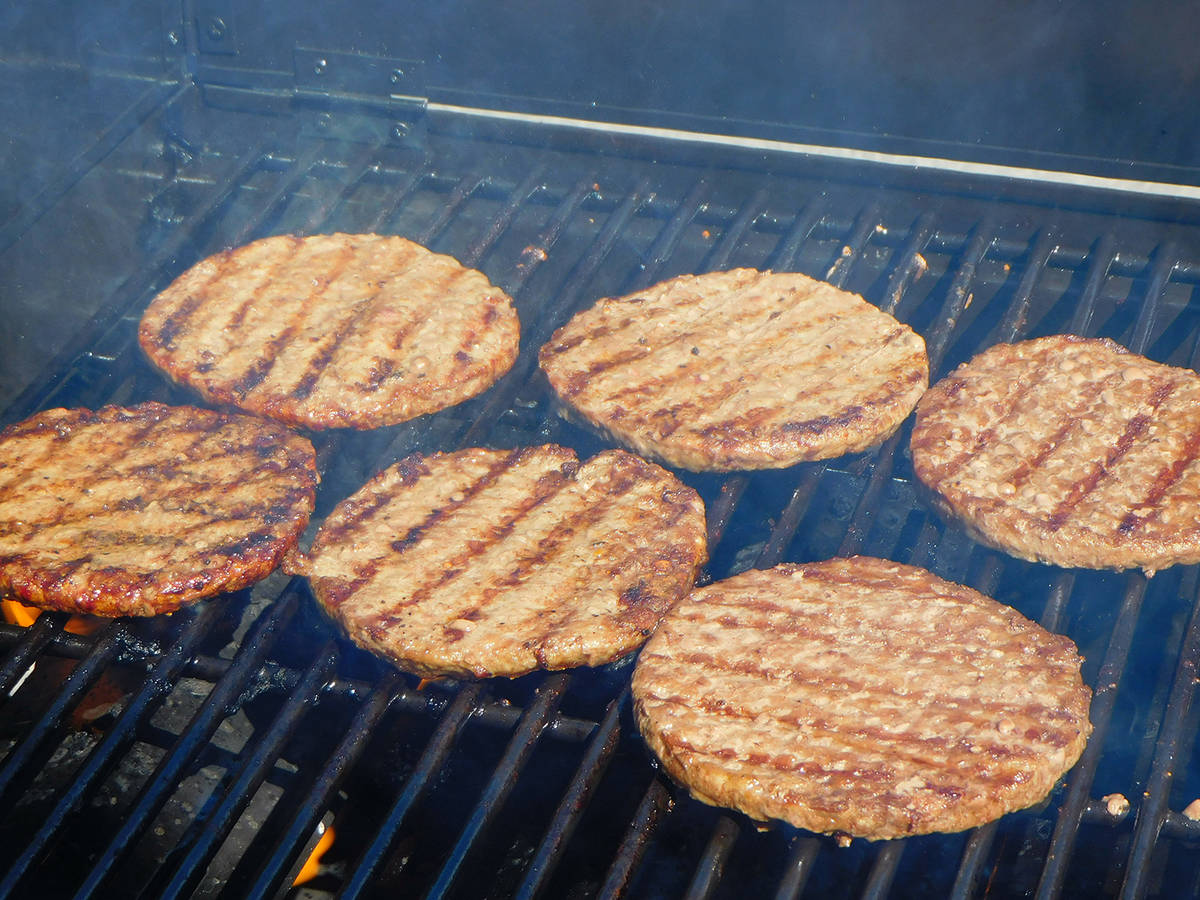 Labor Day weekend for 2020 was something of a flat occasion, with the effects of the COVID-19 pandemic still putting a damper on many activities, but that’s not to say there was absolutely nothing to do to celebrate here in the Pahrump Valley.

Hosted by Cindi and George Vroenen of the G.I. USA Store in Pahrump, the rally invited the conservative sector of the community out for a few hours of food, fun and camaraderie, with supporters of President Donald Trump turning up decked out in their MAGA and Trump 2020 gear.

There was plenty of patriotic flair to be seen as well, with all sorts of flags and lots of red, white and blue decorating the venue.

For those wanting to update their political look by adding some new pieces to their wardrobe, the Trump Trailer, a mobile retail shop that has become something of a staple in the valley over the past few years, was also on site.

All of the excitement and energy of the day was bound to lead to a grumbling stomach too, so there was also “Trump Dogs” and “Trump Burgers” on sale for all the hungry patrons to enjoy, along with specials on adult beverages inside the Coyote’s Den to wash down all the tasty eats.

The battle to register voters

At the rally, Republicans David and Stacie Hiebert, both of whom are quite active in the local GOP community, said one of the biggest focuses for Republicans overall this past year has been the effort to register as many supporters as possible in preparation for the coming election.

Of course, support for Trump’s re-election bid is at the forefront but Republicans across the board agree that it is just as important to ensure there is strong backing for GOP members seeking local elected offices. Republicans are hoping that they will be able to turn the tide here in the Silver State, where the Democrats are firmly in the majority, and take it from a “blue” state to a “red” one this general election.

According to the latest voter registration statistics from the Nevada secretary of state’s office, in Nye County over the past eight months, more than 900 new Republicans have swelled the ranks of the GOP, some of whom, the Hieberts noted, were converts from other parties, even the Democratic Party. Statewide, the number of registered Republicans in January was 527,641. By August, that number jumped by more than 20,400 voters to 548,129.

While this boost in Republican numbers in undeniable, the Democrats have hardly been sitting idly by as Election Day approaches. They too have been out in force, trying to drum up as many new registrants as they can and their efforts have also borne fruit.

In Nye County, which is well known as a conservative stronghold in the state, the numbers for new Democratic voters are much lower than those garnered by the Republicans, with just 250 new Dems registered since January. However, statewide the increase surpasses that of the Republicans, with Democratic voter totals spiking from 610,911 in January to 639,665 in August, an increase of over 28,700 registered voters.

All those wishing to take part in the 2020 general election are encouraged to ensure their voter registration information is up to date and accurate. Nevadans can visit www.RegistertoVoteNV.gov to register for the first time or to make any necessary changes, such as an updated address or change in party affiliation, to their existing voter record.