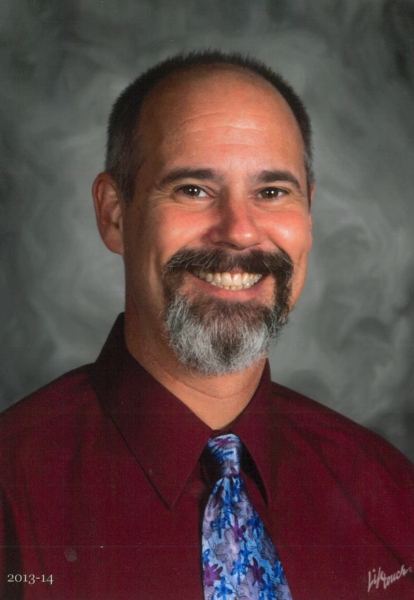 Robert Mobley, the Nye County School District Area II Trustee, has resigned from the Board of Trustees days before the new school year.

Mobley, who recently moved his family to Wyoming said his decision was made with great regret and sadness.

“I have enjoyed my tenure on the board, serving alongside quality individuals who want the best educational opportunities for our students and improve the working conditions for our teachers and staff. Attempts to find gainful employment over the last few months have proved fruitless. I wish the board good luck in their future endeavors to guarantee that every student is a success.”

The decision to resign did not come overnight.

Mobley said he’s pondered the idea for quite a while.

“This was brewing for quite some time and I met a lot of really nice folks and individuals,” he said. “It seems like over the last couple of years the board has less and less to do. There is less and less on the agenda and the meeting notes. I don’t know, it seems like we don’t do as much as we used to.”

Mobley said he wasn’t laying blame on his fellow board members, any more than who he believes the body ultimately answers to.

“We were kind of ham-strung,” he said. “I don’t really think that a lot of folks understand a lot of the things we did were just dictated to us by the state and the federal government. There were a lot of laws passed in this last legislative cycle and now we are saddled with more stuff.”

Along with the additional requirements from state officials came additional funding for Nye County, which Mobley said was negligible.

As a resident of Wyoming, Mobley had positive words for the school district where his kids are now attending.

He noted that class sizes provided teachers and students the flexibility to thrive.

“My one daughter is now in middle school and her physical education class has the most kids and it’s 30 students,” he said. “If she was at Rosemary Clarke Middle School, she would probably be in a class with more than 44 kids. The student-to-teacher ratio in Nye County is just too high.”

School District Chief Financial Officer Ray Ritchie said the board will agendize an item to officially accept the resignation of Mobley during next month’s regular meeting,

“In that same meeting they will have to declare a vacancy,” he said. “The board has to advertise in a newspaper of record for two weeks, where they will ask for letters of interest and a resume.”

Ritchie then said the board will again take up the issue during the regular Oct. 10 meeting, where the candidates will be interviewed.

“The board will then make a decision as to who they would like to appoint, that night, and that person will take over,” he said. “There will be no interim person, because the vacancy stays vacant until the position is filled.”

Mobley, meanwhile, said he enjoyed his time on the board, working alongside some talented individuals.

“There are good people who work for the school district and they all want to do well by the students. We have really nice people working at the district who are striving to do the best they can. A year from now I see myself and family right where we are. I have no plans on leaving this place.”

Mobley was appointed to trustee by board members in spring of 2011.