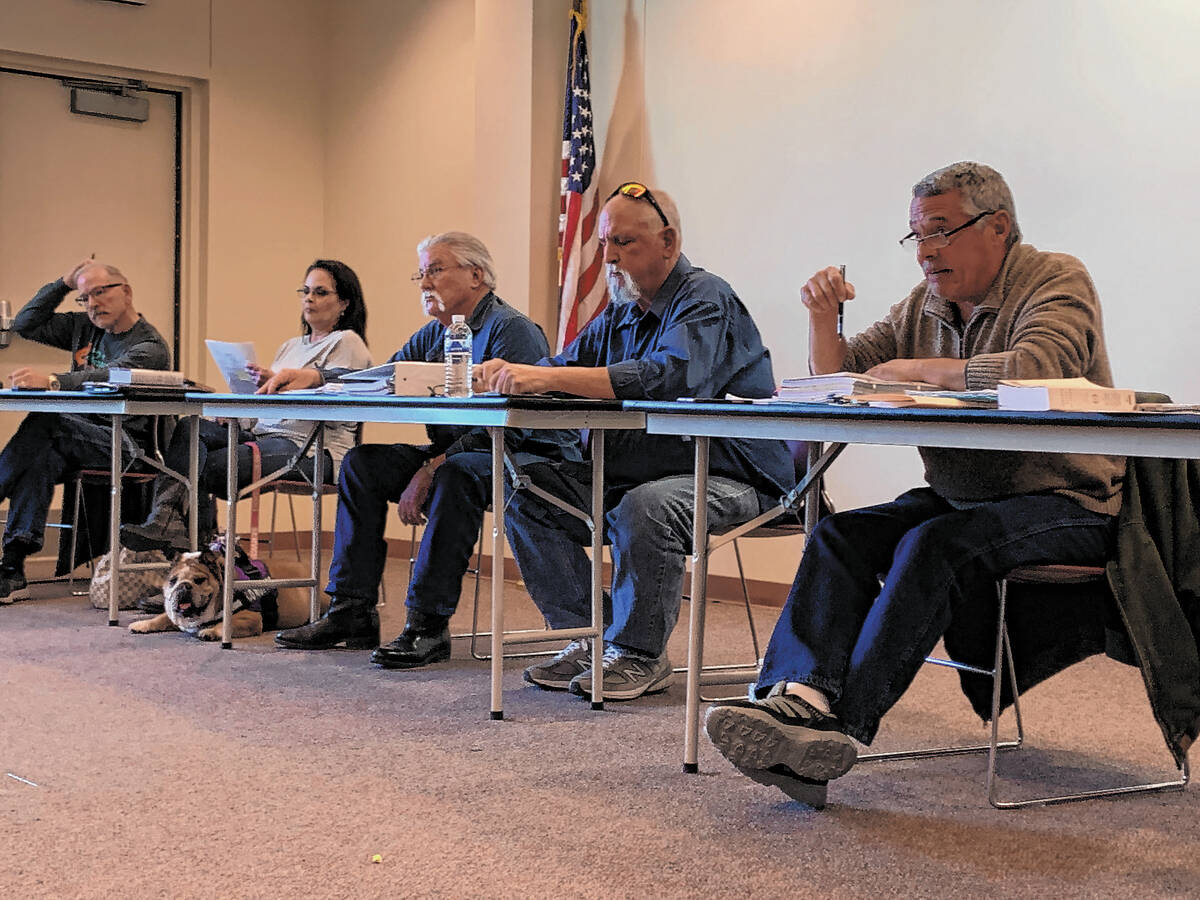 Pahrump library trustees on Monday admitted they broke the state’s open-meeting laws when they placed its longtime director on paid administrative leave in June 2021, without posting prior notice.

The acknowledgment comes nearly seven months after Pahrump Library District Board of Trustees improperly ousted Susan Wonderly, who had served as director of Pahrump Community Library for 20 years.

In a closed-door session then, trustees terminated Wonderly and voted to pay her through July 1, 2021 without allowing her to finish her final weeks at the library.

Recordings of the board’s discussions aren’t subject to open-meeting laws, but library trustee Kameron Mitchell on Monday said he regretted any “procedural discrepancies” in Wonderly’s termination.

The actions against her weren’t malicious, he said.

“We thought we were honoring [Wonderly] for her service” by letting her retire early, trustee Dave Ochenreider said.

Bill Newyear, a former library trustee, said the board was in a “state of flux” last summer, following the resignation of three of its members. New trustees had never tackled personnel issues or the termination of a library employee.

“People weren’t really sure how things were supposed to be done,” Newyear said. “If things weren’t done properly before, they’re being done right, now.”

Library trustees on Monday rescinded a number of actions that were conducted improperly in June 2021, including the installation of chairman John Shewalter and vice chairman Brian Shoemake to the board. A 23-point agenda on Monday mostly aimed to fix multiple procedural mistakes that trustees made last summer.

“It’s a great opportunity to correct something and etch it in stone,” Shoemake said of the board’s attempt to finally rectify the errors.

But the apologies and fixes came too late for some library members, who said they don’t restore their faith in the board.

“Rescinding those items now doesn’t mean it didn’t happen,” Carolene Logue, a member of the library told the board of trustees on Monday. “It means you got caught.”

Library member CJ Stevens told the board they had essentially “stripped Wonderly of her rights.”

It was an “egregious offense,” she said, that was “done behind closed doors.”

Stevens and others called publicly for the trustees to resign for failing to act transparently.

The board, however, is unlikely to face any fines or penalties for its failures because the statute of limitations to file a grievance has expired.

Since June 2021, Assistant Library Director Shanna Gibbons has served as acting director of the library.

“I commend her for the doing the job she’s done,” Shewalter said.

The search for a permanent director is ongoing, but Shoemake said it’s proven difficult to draw qualified candidates to Pahrump.

“We’re still on the hunt,” he said. “We need people who are willing to move here from other communities.”

The Pahrump Library District’s board is appointed by the Nye County Commission.