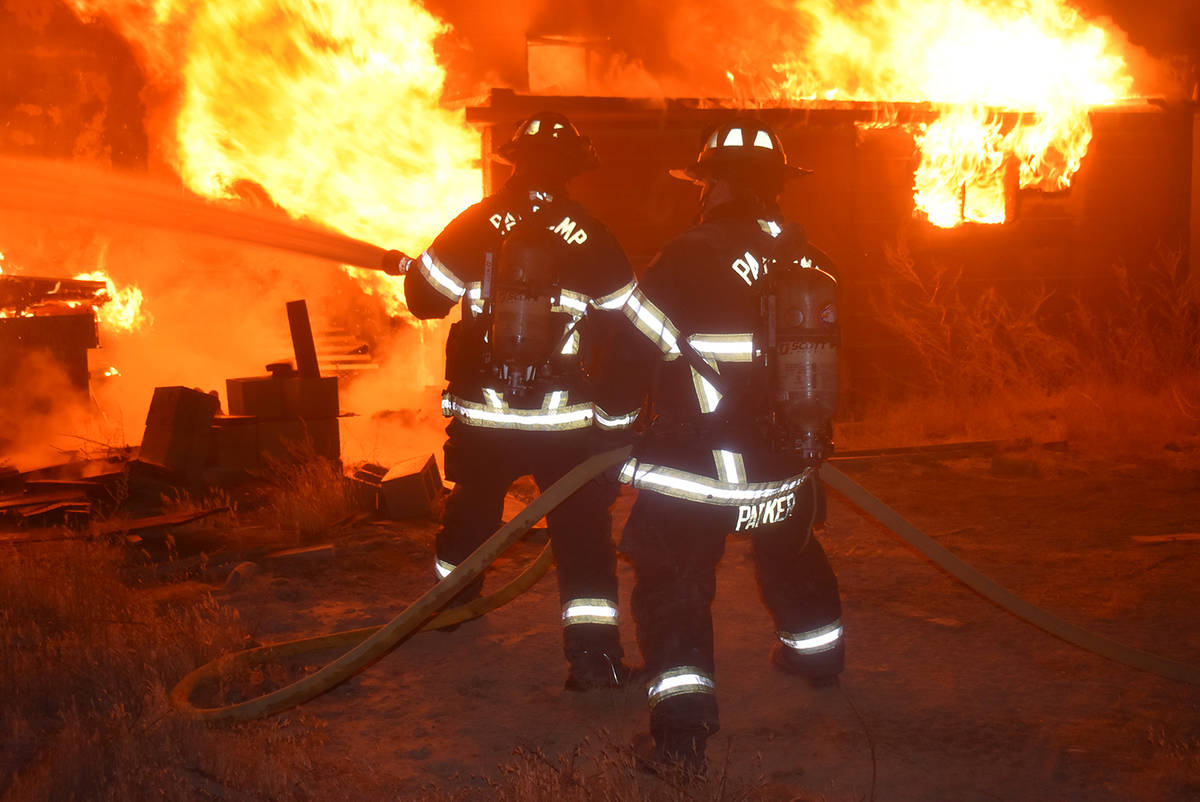 Special to the Pahrump Valley Times On Friday, Oct. 23, fire crews responded to a structure fire along the 2800 block of West Ambler Way at approximately 11 p.m. While there were no injuries, the cause of the fire is suspect in nature. 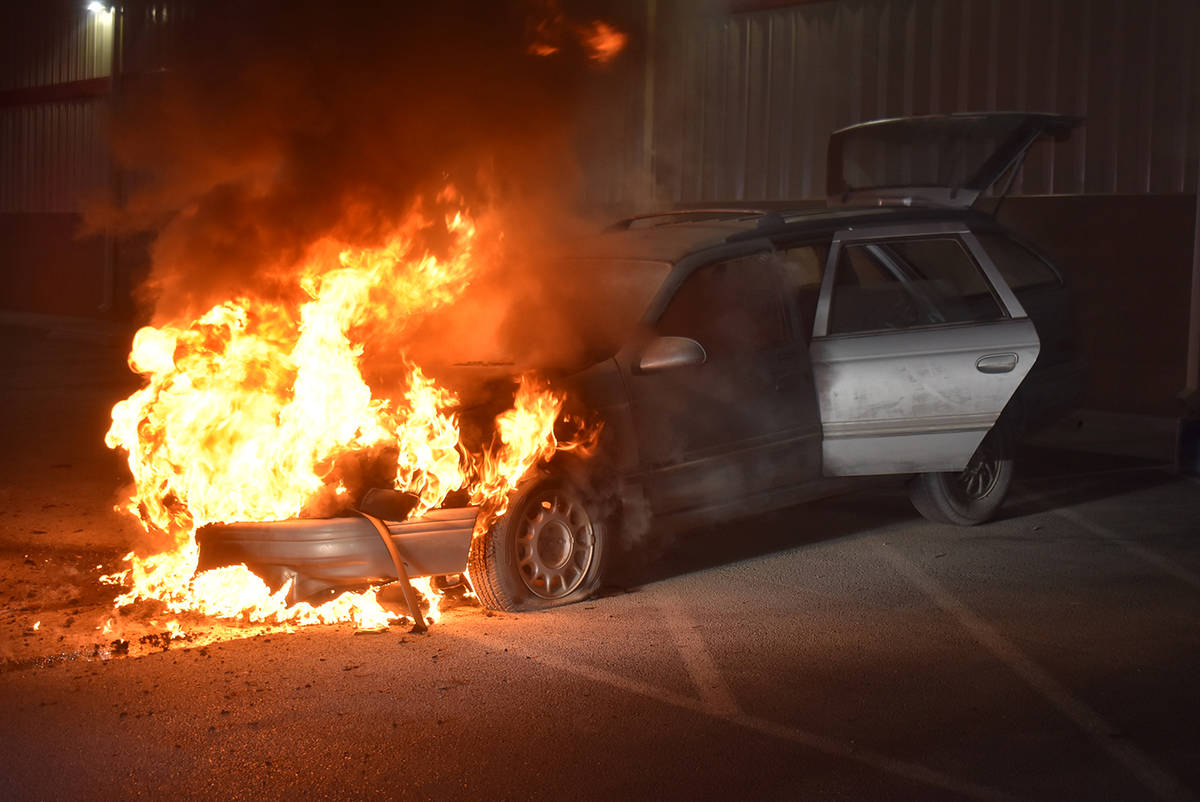 Selwyn Harris/Pahrump Valley Times Fire crews were dispatched to a vehicle fire in the parking lot of the Tractor Supply Company just after 8 p.m., on Nov. 3. The cause of the fire, according to Chief Scott Lewis is considered suspect, as it remains under investigation.

A series of fires, it appears, dominated the responses for Pahrump Valley Fire and Rescue Services crews, as of late.

Fire Chief Scott Lewis said crews were dispatched to a vehicle fire in the parking lot of the Tractor Supply Company, just after 8 p.m., on Nov. 3.

“Crews arrived to find a vehicle fully-involved, with an immediate exposure of a commercial structure,” Lewis said. “Crews commenced suppression, protected the exposure, and extinguished the fire without incident. There were no injuries and there was no one with the vehicle at the time of the fire. The cause of the fire is considered suspect in nature. Therefore it remains under investigation.”

On Nov. 6, fire crews were summoned to the 5100 block of East Agio Avenue for a reported structure fire at approximately 2:40 a.m.

“Crews arrived to find a mostly extinguished rear porch fire. The fire had remained to the exterior wall surface and the contents of the porch. There were no injuries and the cause of the fire is thought to be accidental in nature.”

Several hours later, crews were dispatched to a structure fire along the 4800 block East Savoy at approximately 7:40 a.m.

“Crews arrived on location to find a fifth-wheel trailer used as a fixed residence, with fire throughout,” Lewis said. “It was determined that all occupants were accounted for and safely egressed out of the structure, however a small dog and cat were lost in the fire. Crews commenced a defensive exterior attack in a no-hydrant area, and quickly controlled the fire with no extension to the nearby exposures. The cause of the fire is thought to be accidental in nature.”

On Friday, Oct. 23, crews responded to a structure fire along the 2800 block of West Ambler Way at approximately 11 p.m.

“Upon arrival, crews found heavy fire conditions throughout an unoccupied single-family dwelling, where aspects of it appeared to be under construction,” Lewis noted. “Crews ensured that there were no occupants and then commenced a defensive exterior attack. Crews made good progress protecting the remainder of the structures that were on location.”

Lewis also said there were no fire hydrants in the area.

“Water had to be shuttled using our water tenders,” he said. “Crews brought the fire under control within an hour after arrival. There were no injuries and the cause of the fire is suspect in nature.”

On Oct. 28, at approximately 5:11 p.m., fire crews were dispatched for a report of a motor vehicle accident and rescue assignment in the area of Hafen Ranch Road and Thorne Drive.

“Crews arrived to find an off-road vehicle that was resting on its side, with one of the occupants medically entrapped in the vehicle, while a second occupant had self-egressed,” Lewis said. “Crews assessed and extricated the person without incident. That person met flight criteria and was flown from Mercy Air Base-21, to UMC Trauma in Las Vegas.”

Very windy conditions required the response of fire crews for a partial structural collapse along the 6300 block of North Wedgewood on Monday, Oct. 26 at approximately 12:15 p.m.