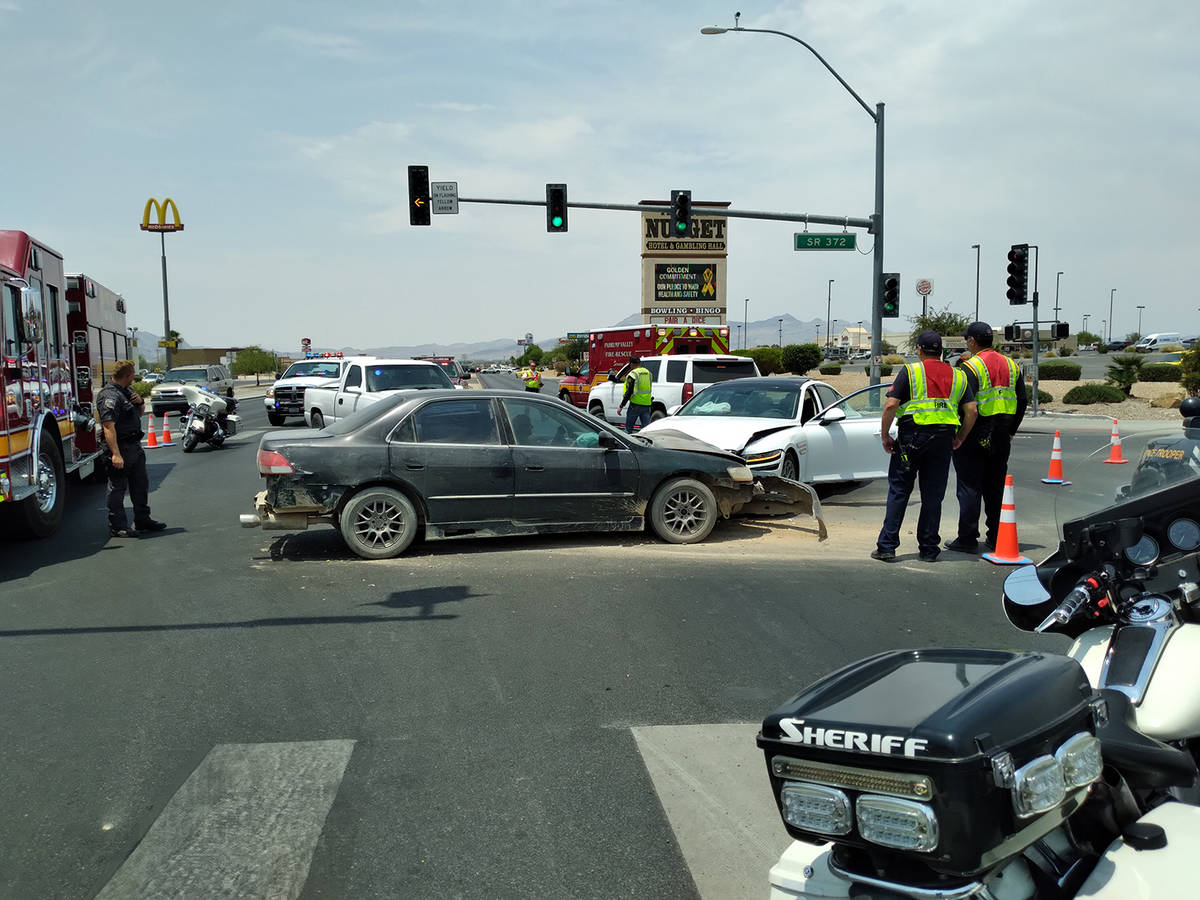 Selwyn Harris/Pahrump Valley Times A high-impact two-vehicle crash sent two people to Desert View Hospital at approximately 1 p.m., on Thursday June 17. Nevada Highway Patrol Trooper Justin Branske said the cause of the collision was failure to yield by one of the drivers.

The high-impact crash according to NHP Trooper Justin Branske, occurred when one driver failed to yield at the flashing yellow arrow traffic light while trying to make a turn.

“The lights will be green, and then they’ll turn yellow flashing, which means whoever’s at that yellow flashing light has to yield for all oncoming traffic and once traffic is clear, you can proceed through the intersection,” he said.

Branske went on to say that some drivers get confused by the flashing yellow traffic signal which is the cause of many similar collisions at intersections with traffic lights.

“It’s very important that you make sure the intersection is clear,” he advised. “We get a lot of these crashes that happen because people think it’s a yellow flashing light and they can just go when they want. Unfortunately, that’s what causes these crashes, so we need to make sure that we’re waiting for all traffic to be clear while we’re yielding before we proceed through the intersection.”

Additionally, Branske noted that there were no signs of impairment on either driver, who both sustained minor injuries.