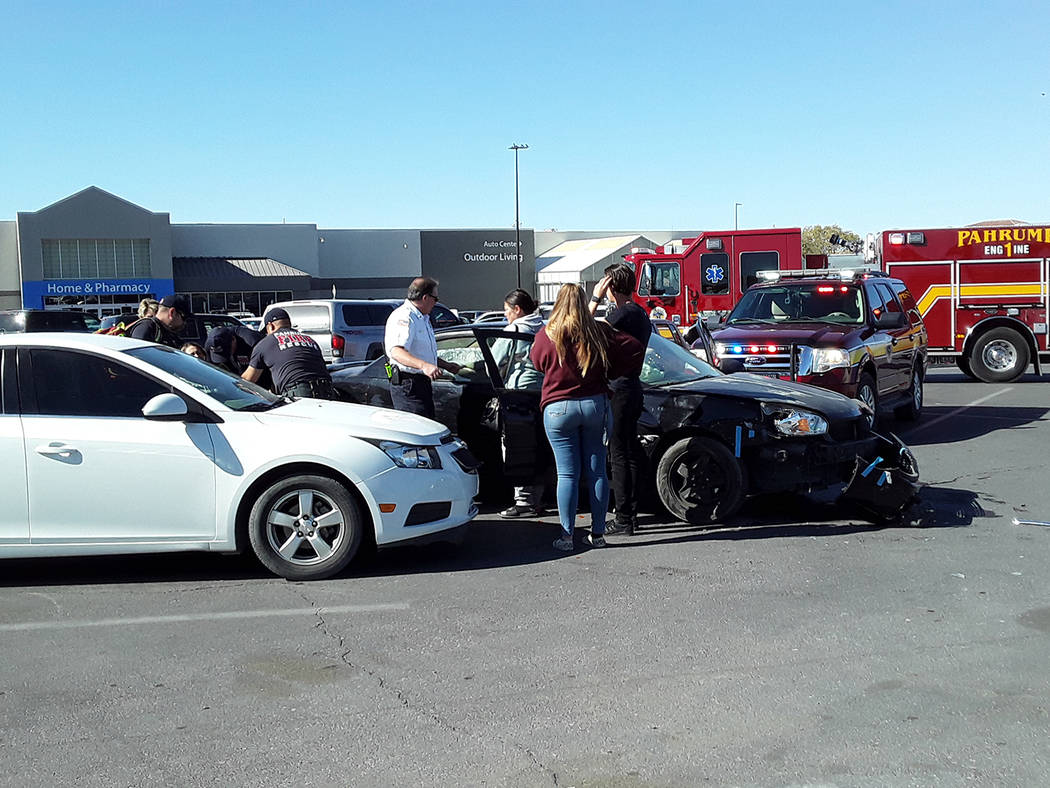 Selwyn Harris/Pahrump Valley Times At least one person was transported to Desert View Hospital following a two-vehicle collision in the parking lot of Walmart along Highway 160, on Tuesday Nov. 5, just before 11:30 a.m.

Though the parking lot of Walmart is not known for serious vehicle collisions, that is exactly what occurred on Tuesday morning, Nov. 5, as Pahrump Valley Fire and Rescue Services crews transported one person to Desert View Hospital following a two-vehicle crash.

One of the vehicles’ passenger-side airbag was activated as a result of the crash, where each vehicle sustained significant front-end damage.

The Nye County Sheriff’s Office is investigating the crash.

The patient transported is expected to recover.

Last month, fire crews responded to the Walmart parking lot for a vehicle fire, which completely consumed a mini van.