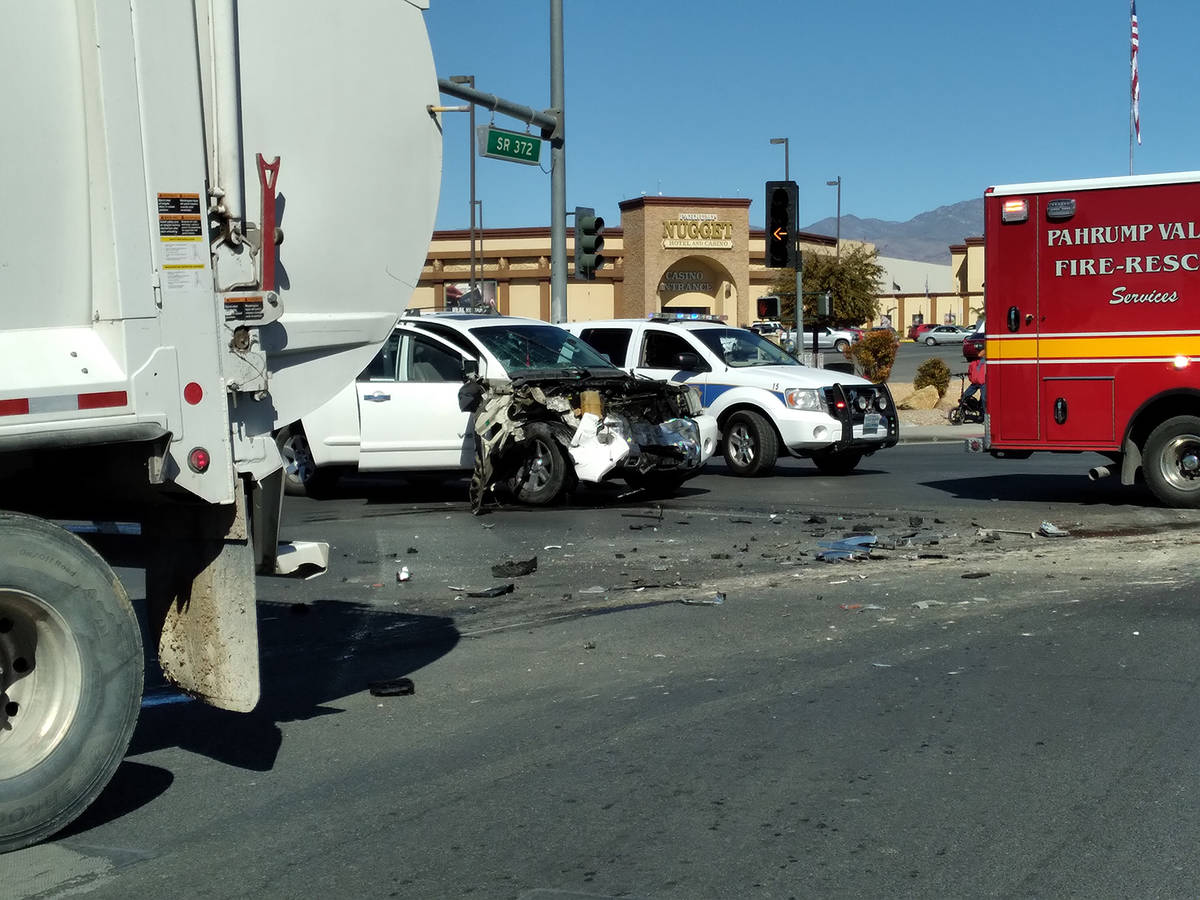 Selwyn Harris/Pahrump Valley Times Lanes along southbound Highway 160 were completely shut down following a two-vehicle collision at the intersection of 372, just before 12:30 p.m., on Monday, Feb. 22nd. No serious injuries were reported, according to NHP Trooper Kevin McNeal.

“The fully loaded garbage truck was traveling northbound on Highway 160, in the left turn lane waiting to turn onto westbound Highway 372,” he said. “We also had a white Nissan SUV that was traveling southbound on 160 approaching the light at Highway 372. According to witnesses, the SUV had a red light and ran through it, where it collided with the side of the garbage truck.”

As Pahrump fire crews, NHP and Nye County Sheriff’s Office deputies processed the scene, southbound traffic along Highway 160 just north of Highway 372 was diverted through the Bank of America parking lot, much to the dismay of several motorists, as the impact from the collision created quite a bit of debris right in the middle of the intersection.

McNeal also noted that the garbage truck’s hydraulic fluid tanks were damaged and leaking as a result of the collision, but it did not require a Hazmat response.

“There’s also radiator fluid from the SUV,” he said. “No injuries were reported and no one was transported to the hospital.”

The driver of the SUV was cited for their role in the collision.