Special to the Pahrump Valley Times Pahrump fire crews were dispatched to the area of Highway 372 and West Charleston Park Avenue for a motor vehicle crash and rescue assignment at approximately 3:55 p.m. on Thursday, April 23. One person was transported by Mercy Air to UMC Trauma, while a second was transported to Desert View Hospital. 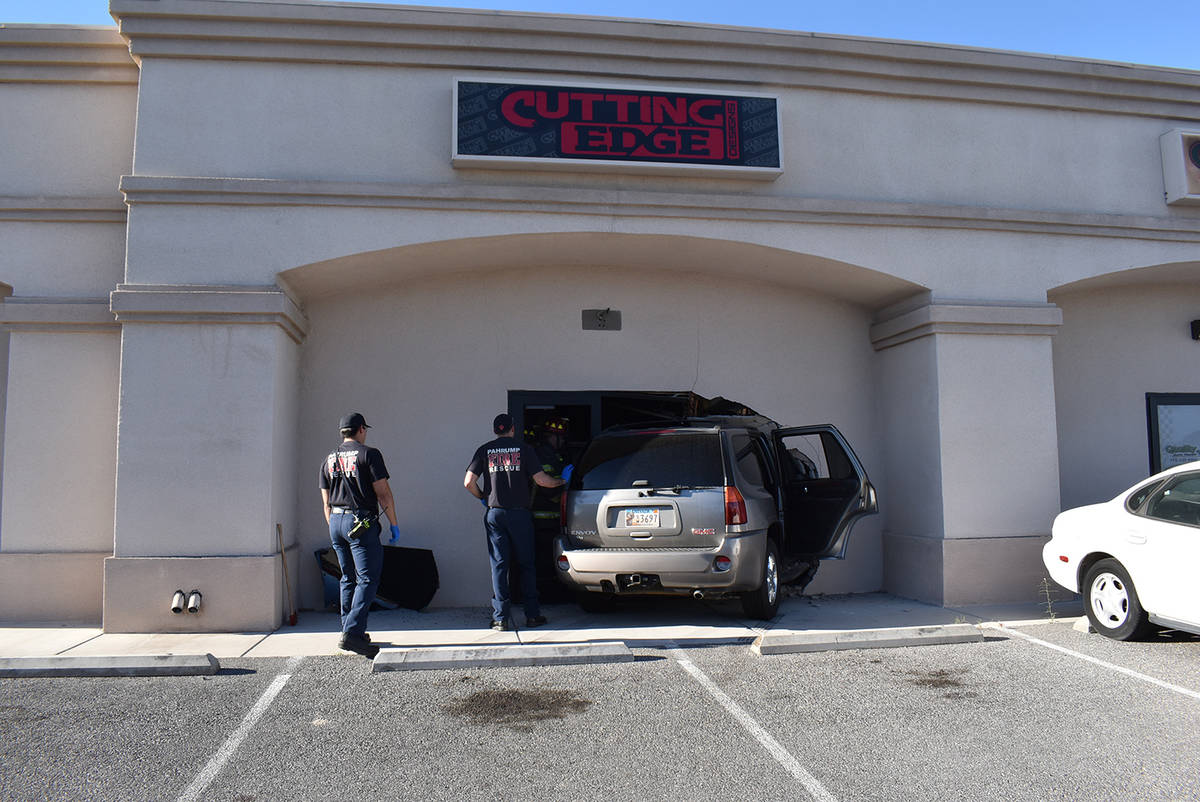 Special to the Pahrump Valley Times On April 28, fire crews were dispatched to the 2300 block of East Postal Road after a vehicle crashed into a business. Fire Chief Lewis said though the sole occupant was entrapped within the vehicle, the person denied medical treatment. 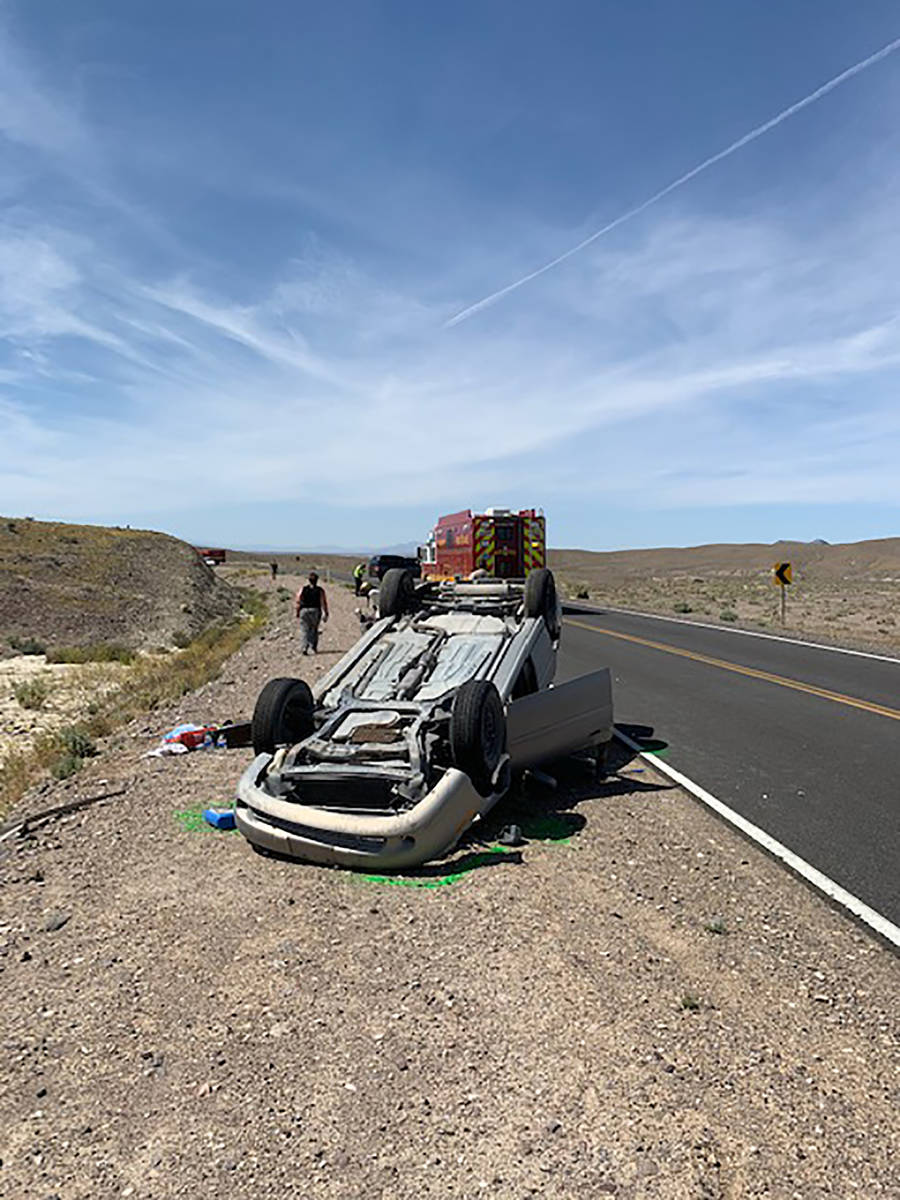 Special to the Pahrump Valley Times One person was transported by Mercy Air following a single-vehicle rollover crash in the area of Bell Vista Avenue and Ash Meadows on Thursday April 23. The Nevada Highway Patrol is investigating the cause of the crash.

One person was transported to a Las Vegas medical facility after sustaining chemical burns in a motorhome over the weekend.

“Upon arrival, we found an extinguished fire within the motorhome and the occupant had self-transported to Desert View Hospital,” he said. “Our investigation revealed significant burns sustained by an ignition of spilled acetone, which is a volatile, flammable liquid with a characteristic odor. That patient was subsequently transported to a Las Vegas burn center and the fire is thought to be accidental in nature.”

On Thursday, April 23, fire crews were dispatched to the area of Bell Vista Avenue and Ash Meadows for a report of a single-vehicle rollover crash at approximately 1:35 p.m.

“Crews arrived on location and found the accident as described,” Lewis said. “The sole occupant had sustained severe injuries and met flight criteria. Mercy Air was added to the assignment where a landing zone was established on Bell Vista, and that patient was subsequently flown to UMC Trauma.”

On the same day fire crews were dispatched to the area of Highway 372 and West Charleston Park Avenue for a motor vehicle crash and rescue assignment at approximately 3:55 p.m.

“Crews arrived on location to find a two-vehicle accident with two people mechanically entrapped,” Lewis said. “One of the entrapped occupants had sustained significant injuries that were consistent with flight criteria, where a landing zone was established on Highway 372. After being extricated, that patient was flown to UMC Trauma. The second patient, after extrication, was transported to the local hospital.”

On April 25 at approximately 12:30 p.m., fire crews were dispatched for a report of a structure fire along the 100 block of Mondale Court, where crews arrived to find a mostly extinguished exterior fire along a north-side wall. The investigation, Lewis said, revealed an accidental fire with extension to the air conditioning condenser and other personal property stored about the property. No injuries were reported, Lewis noted.

On the afternoon of April 28 crews were dispatched to the 2300 block of East Postal Road after a vehicle crashed into a business.

As crews and Chief Lewis were responding, they were notified that the sole occupant was entrapped within the vehicle.

“The assignment was upgraded to a rescue, adding an additional medic unit,” Lewis said. “Crews arrived to find the vehicle through the front wall as it was initially reported. The driver was entrapped and extrication was completed within five minutes after arrival. That patient denied medical treatment. The vehicle was eventually removed and that building was taken out of service pending repairs.”

Also on April 28, crews were dispatched for a report of a one-vehicle rollover along Highway 160 near East Irene Street, at 8:59 p.m.

“Crews arrived to find the accident as described, with the vehicle resting upright,” Lewis said. “The sole occupant had self-extricated. While there were minor injuries, the patient refused medical treatment.”