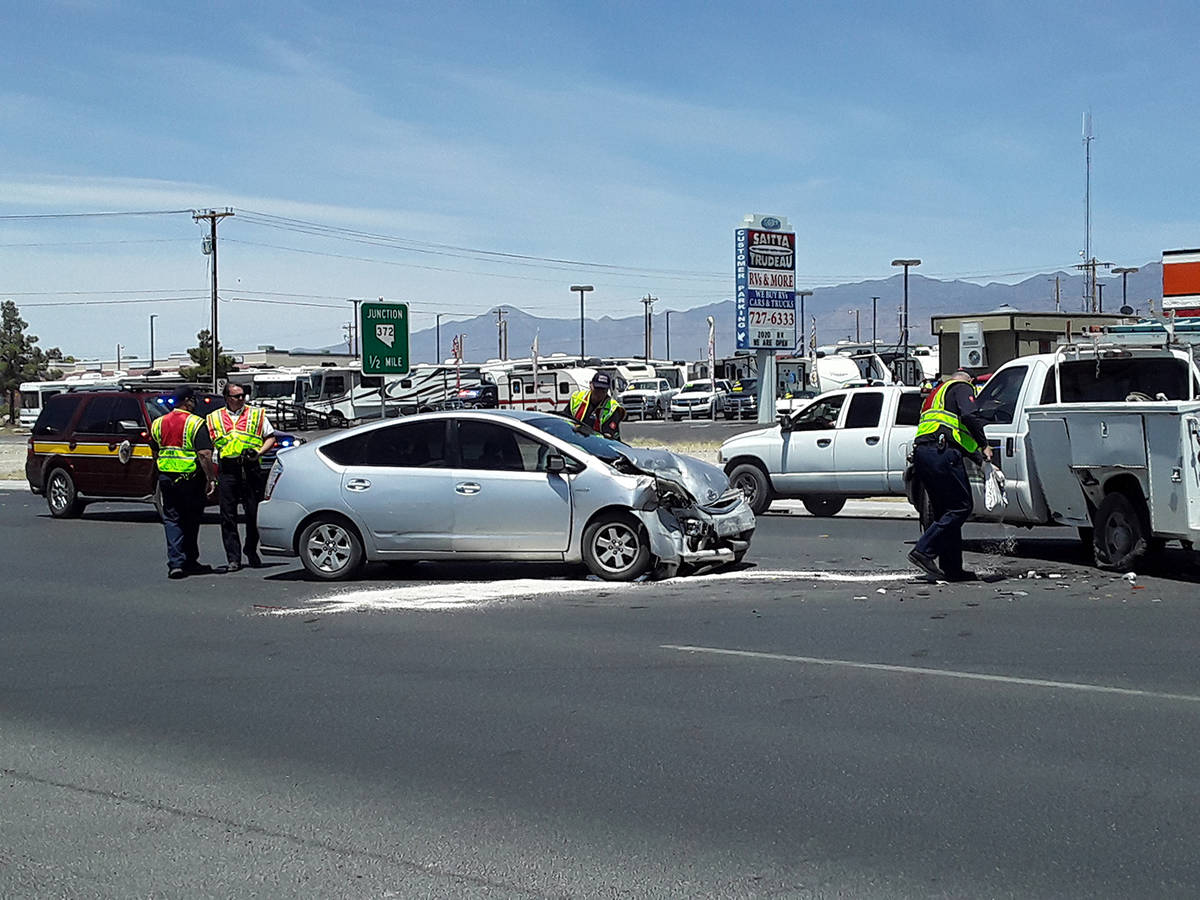 Selwyn Harris/Pahrump Valley Times Area first responders were dispatched to the intersection of South Highway 160 and Dandelion Street following a two-vehicle crash at approximately 12:38 p.m. on Tuesday, May 12. Southbound traffic along the highway was down to one lane as crews worked to clear the scene. No serious injuries were reported.

No serious injuries were reported following a two-vehicle crash along state Route 160 south at Dandelion Street which occurred just after 12:30 p.m. on Tuesday, May 12.

Nevada Highway Patrol Sgt. Carlos Rivera said the driver of a commercial truck was attempting to turn onto the highway when the collision occurred.

“We had the white commercial truck that was headed eastbound on Dandelion Street, where he was stopped at the stop sign and tried to make a left-hand turn onto northbound Highway 160,” he said.

“We also had a silver passenger vehicle headed southbound on Highway 160, and unfortunately the truck failed to yield the right of way at the stop sign, at which point the two vehicles collided. It does appear that the occupants of both vehicles refused medical transport.

“Once we conclude our investigation, we will take the proper enforcement action.”