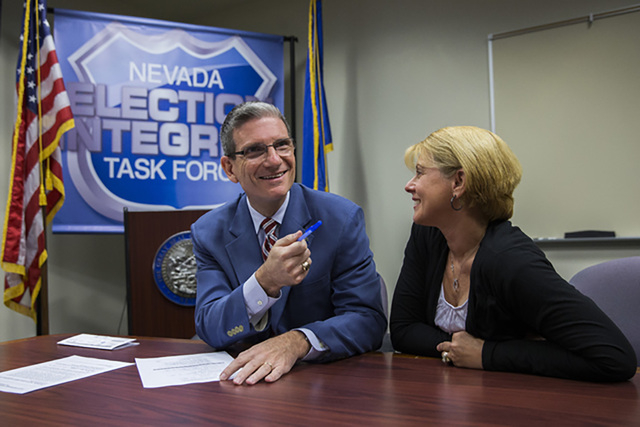 Heck is the leading Republican candidate in what’s shaping up to be one of the most important races in Nevada’s election season. He is projected to emerge as a winner in the June 14 primary and compete against Democrat Catherine Cortez Masto for the seat that’s currently being held by Harry Reid.

“After 8 years of Barack Obama and 30 years of Harry Reid, Nevadans are ready for a change. My real-world experience as a physician, veteran, brigadier general in the Army Reserve, and someone who owned and operated a small business makes me the one candidate in this race who can offer Nevadans the real change and leadership for which they are looking,” Heck said in an email statement ahead of the meeting.

Reid’s seat became open when he announced that he will not seek re-election in 2016.

Heck announced his run for U.S. Senate in July 2015. He has been campaigning across the state ahead of the primary that will determine who will vie for Reid’s seat in the Nov. 8 general election.

He has successfully fought off Democratic challengers since he got into his seat in 2010.