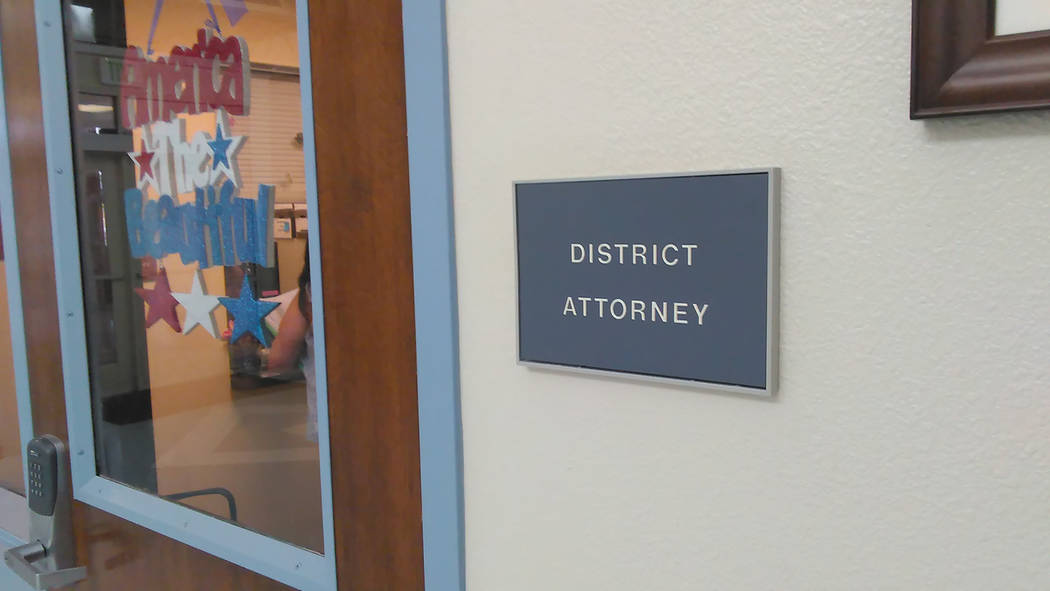 Boskovich provided notification of her decision to forgo the complaint case to Adam Levine, the attorney representing the employees management association and herself in the case, writing in an email, “I would like to drop my lawsuit against Nye County.”

The complaint was filed on April 25 with the Employee Management Relations Board, the state entity tasked with resolving disputes between local governments, employee organizations and individual employees.

The situation arose after Boskovich was terminated from her position in the district attorney’s office.

The complaint asserted that the deputy district attorneys in the criminal division had voted unanimously to unionize. Therefore, the complaint stated, even though a bargaining agreement had not been approved, the county was required to negotiate with a bargaining representative prior to taking action to remove her from her position.

The county, however, declared that it did have the authority to terminate her, as she was originally employed on an “at-will” basis, which would allow the Nye County District Attorney’s Office to remove her from her position at any time, with or without reason.

The complaint also alleged that the termination was retaliatory in nature. The county denied that assertion, answering that it felt it had a legitimate basis for doing so.

Official paperwork to drop the case had not yet been filed as of press time, as Levine said he is currently out of town and was unable to take immediate action to file the documents withdrawing the complaint.

However, to affirm this was the course that would, in fact, be taken, Levine did provide a written statement to the Pahrump Valley Times. “This is to confirm that Ronni Boskovich will be dropping her claim under the pending EMRB (Employee Management Relations Board) case,” Levine stated.