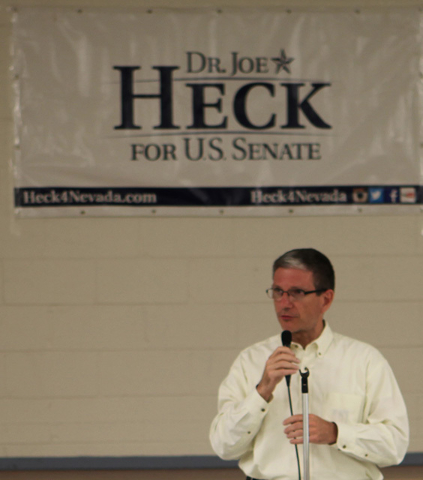 Some of the ads remind viewers that the GOP candidate for president is Donald Trump, saying: Tell Rep. Heck to speak out against Trumps hate.

AFL-CIO officials say the ads are intended to educate working families and drive traffic to petitions on issues such as immigration reform and infrastructure investment.

Harry Reids D.C. special interests are all-in for his hand-picked candidate, Hecks campaign spokesman said in a statement. Heck has said he supports Trump as the nominee and doesnt agree with everything he says.

The six-figure buy of ads include Senate races in Ohio, Missouri, Pennsylvania, Florida and Wisconsin.