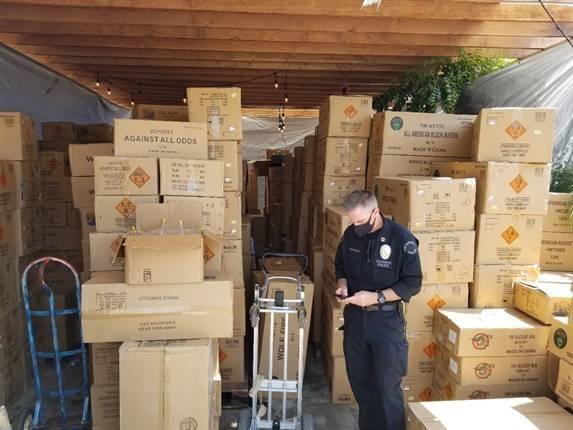 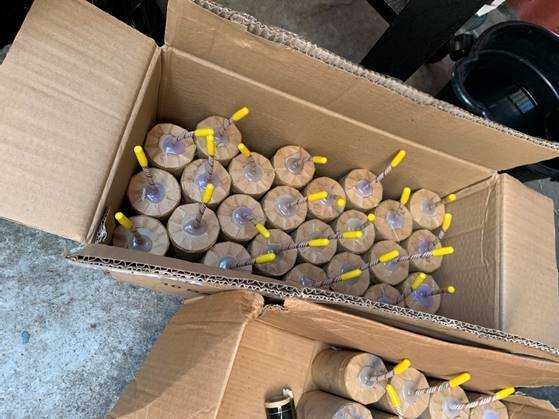 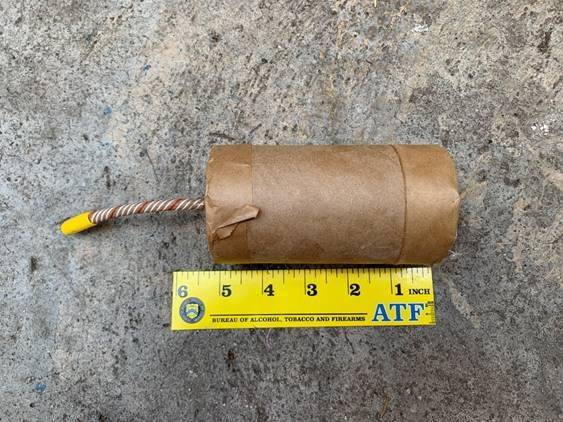 A man was arrested and charged with illegally transporting tons of explosives, including homemade devices, he purchased in Nevada after a large explosion rocked a South Los Angeles neighborhood, injuring 17 people, on Saturday. The explosion occurred after police detonated some of the explosives in a specially designed containment vehicle.

27-year-old Arturo Ceja III was arrested by ATF agents on suspicion of transporting explosives without a license, according to the U.S. Attorney’s Office in Los Angeles.

The Friday complaint alleges that Ceja made multiple trips to Nevada in the second half of June to purchase various types of explosives. These included aerial displays and large homemade fireworks containing explosive materials that Ceja transported to his residence via rental vans, according to the U.S. Attorney in Los Angeles.

The U.S. Attorney’s Office in Los Angeles notes, “Ceja told investigators that he purchased the homemade explosives – constructed of cardboard paper, hobby fuse and packed with explosive flash powder – from an individual selling the devices out of the trunk of a Honda” the parking lot of a Pahrump fireworks dealer, according to the complaint.”

“Ceja did not possess an ATF explosives license or permit of any kind that would authorize him to transport either aerial display fireworks or homemade fireworks made with explosive materials, including but not limited to flash powder,” according to the complaint affidavit written by a special agent with the Bureau of Alcohol, Tobacco, Firearms and Explosives.

Ceja is expected to remain in custody until Tuesday until his intial appearance in U.S. District Court in Los Angeles. If convicted, Ceja could face up to 10 years in federal prison.

The Los Angeles Police Department initially responded to the South Los Angeles residence based on a tip that fireworks were being stored in his backyard.

“The fireworks were stored outside and in an unsafe manner, namely under unsecured tents and next to cooking grills,” the complaint alleges. “None of the commercial fireworks or homemade fireworks, which contained explosive materials, were stored in an approved magazine.”

On top of the commercial fireworks in the initial search of Ceja’s residence, 140 other homemade fireworks, along with explosives-making components.

The U.S. Attorney’s Office in Los Angeles notes, “While the fireworks were being removed from Ceja’s residence, the LAPD Bomb Squad determined that some of the homemade fireworks containing explosive materials were not safe to transport due to risk of detonation in a densely populated area and therefore would be destroyed on scene using a total containment vessel (TCV), according to the affidavit. During the destruction of the devices, the entire TCV exploded, causing a massive blast radius, damaging homes in the neighborhood and injuring a total of 17 law enforcement personnel and civilians.”

In a report in the LA Times on Friday, Los Angeles Police Chief Michel Moore said, “it remained unclear why the result was an explosion that wreaked havoc.”