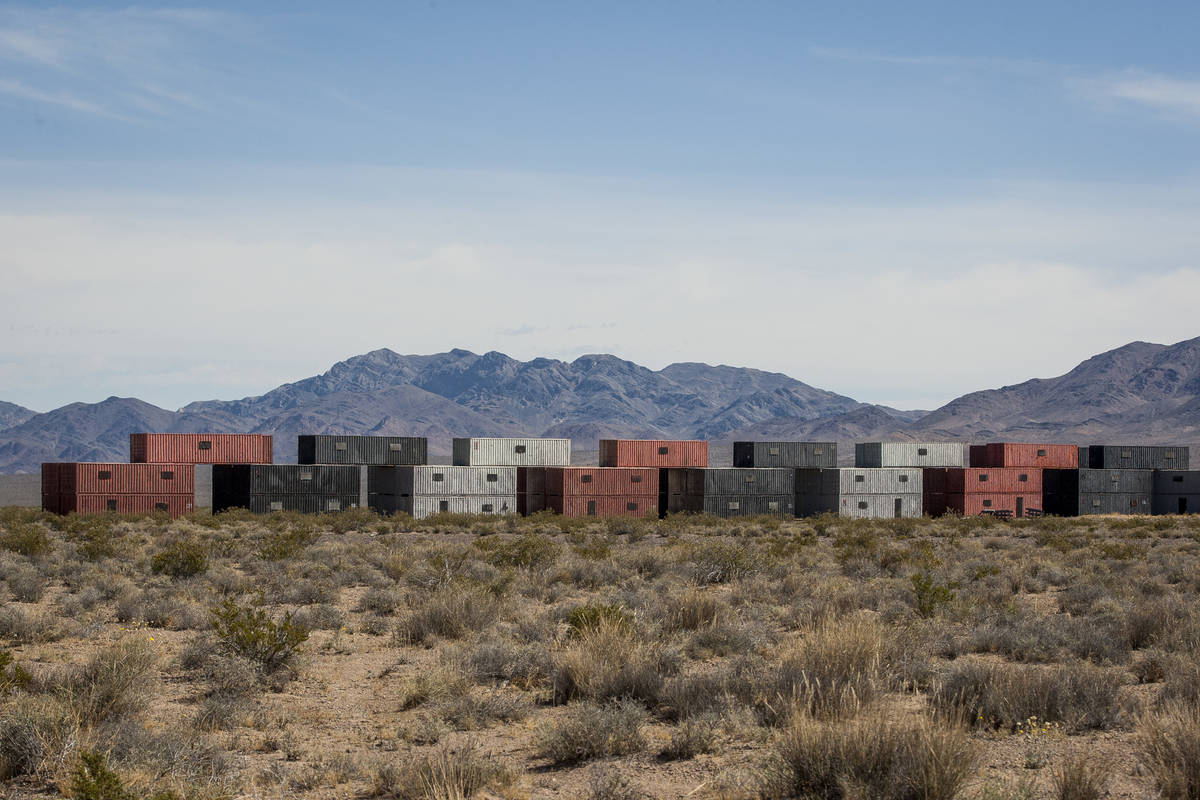 Buildings made from stacked shipping containers await their next exercise at the Nevada Test and Training Range on Sunday, May 21, 2017. Patrick Connolly Las Vegas Review-Journal @PConnPie 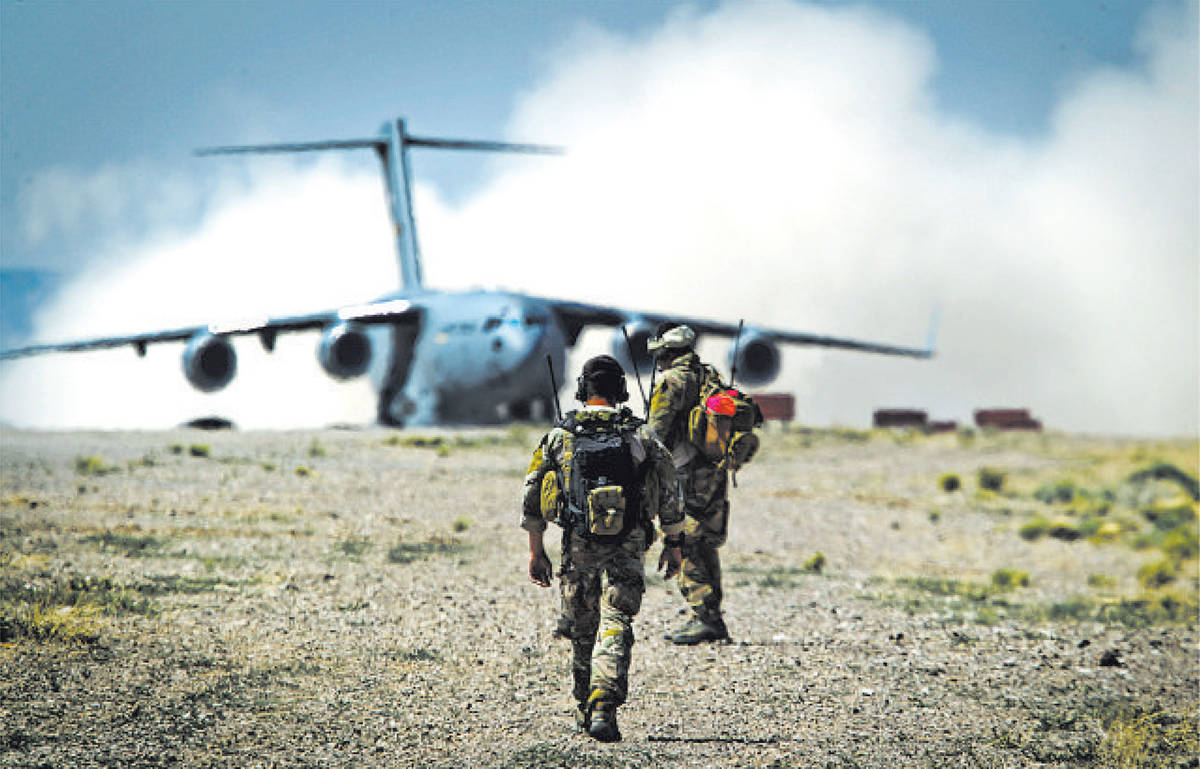 Ground controllers from the 23rd Special Tactical Squadron, from Hurlburt Field in Florida, walk toward a C-17 Gobemaster that landed on a desert strip at the Nevada Test and Training Range in May 2012. Las Vegas Review-Journal

The Democrat-led House Armed Services Committee approved an amendment to the National Defense Authorization Act that proposing to give the U.S. Air Force over 850,000 acres currently managed as Desert National Wildlife Refuge, according to the press release by the Center for Biological Diversity.

The amendment came from Rob Bishop (R-Utah) and was approved on a voice vote by the Democratic military majority, according to the press release.

The Air Force has been looking to take over 1.1 million acres from the Desert National Wildlife Refuge to expand its Nevada Test and Training Range.

The Desert National Wildlife Refuge is the largest refuge in the lower 48 states and it overlaps the Nevada Test and Training Range (NTTR). The Desert Refuge, as it’s commonly called is comprised of 1.6 million acres of the Mojave Desert habitat, and is home to the desert bighorn sheep and the endangered Mojave desert tortoise, among other species

“It’s appalling that Democrats on the House Armed Services committee would betray the people of Nevada by giving away our beloved Desert National Wildlife Refuge to the Air Force,” said Patrick Donnelly, Nevada state director at the Center for Biological Diversity. “Nevadans from all walks of life, Republicans and Democrats, Native American tribes, veterans and civilians, hunters and wildlife watchers, have all come together to oppose this proposal. It’s a slap in the face for this amendment to go through.”

The Navy’s agreement for public lands expires in 2021. As part of its renewal application, the Navy proposed to switch control of the big part of the refuge from the Department of Interior that currently manages it to the Department of Defense which would allow to expand the NTTR for training purposes.

In addition, Navy wants to expand the Fallon Range Training Complex to test new aircraft that fly at high altitudes. The Navy wants to nearly triple its current area requesting over 600,000 acres of public land and about 60,000 acres of state-owned and private land as part of expansion. The proposal would affect Nye, Mineral, Lander, Pershing and Churchill counties restricting public access to most of the area.

Both plans have drawn opposition from conservation groups, local tribes, rural communities and many Nevada residents who cited multiple concerns such as adverse impact on sacred cultural tribal areas and contamination of land and water among others.

The Air Force’s plan to seize the Desert Refuge also generated a national campaign to save the refuge, under the banner #DontBombTheBighorn.

In 2019, the Nevada congressional delegation introduced legislation which would have eliminated most of the Air Force’s takeover proposal while designating much of the refuge as wilderness.

On June 11, U.S. Senate Armed Services Committee led by Jim Inhofe (R-Oklahoma), released its mark-up of the National Defense Authorization Act saying that the bill “extends the land withdrawals for both Fallon Range Training Complex as well as the Nevada Test and Training Range” without specifying any details. The move left the proposal in limbo.

“It defies belief that the Desert Refuge could make it safely through Republican Senator Inhofe’s Senate Armed Services Committee only to be put on the chopping block by Democrats on the House Armed Services Committee,” said Donnelly. “We’re grateful to representatives Horsford, Titus and Lee and senators Cortez Masto and Rosen for their advocacy for our beloved Desert Refuge. We stand by them and with the people of Nevada and will continue our fight to stop the military from dropping bombs on wildlife refuges.

This is however, not the final step in the process.

The National Defense Authorization Act has to be voted on in the Senate and in the House.