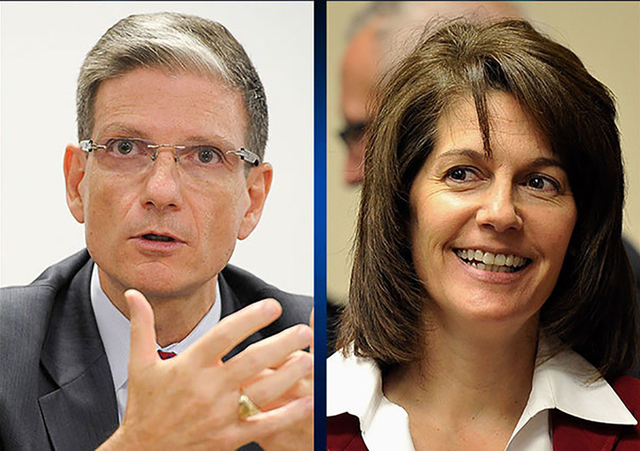 Heck, a Republican congressman, and Cortez Masto, a Democrat and former Nevada attorney general, are two of the most prominent candidates running to replace outgoing U.S. Sen. Harry Reid.

Heck on Friday announced raising more than $1.66 million in the quarter ending March 31. He reported $3.8 million cash on hand.

Cortez Masto, meanwhile, beat Heck’s figure, raising more than $2 million during that same period. However, her campaign reported more than $2.5 million cash on hand. That means Heck ended the quarter more than $1 million ahead of Cortez Masto.

“With a $1.3 million cash on hand advantage, we are well positioned to replace Harry Reid with a proven leader,” Heck spokesman Brian Baluta said in a statement. “As a physician, entrepreneur and soldier, Joe Heck is someone who Nevadans will be proud to say is their U.S. senator.”

Cortez Masto’s campaign reported more than 22,100 donors, with an average contribution of $60.

“Every day, more Nevadans are joining our campaign to elect a bipartisan problem solver like Catherine Cortez Masto who will focus on helping Nevadans, not furthering partisan gridlock,” said Zach Hudson, her spokesman.