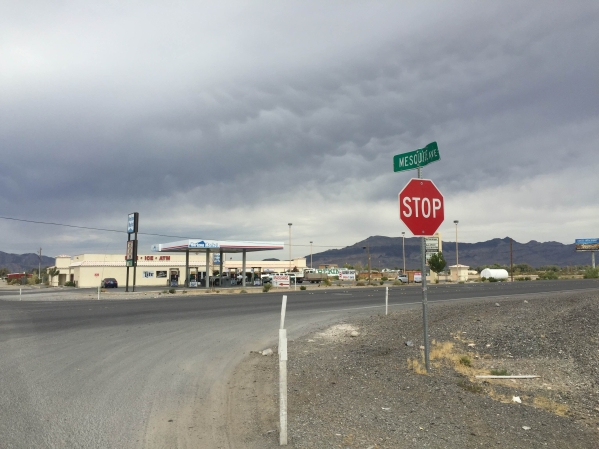 A long-standing item on the Capital Improvements Advisory Committee’s bi-monthly agenda will be removed for the time being.

Three issues relating to needed work on different stretches of Highway 160 that are clumped as three sections of an agenda item, were agreed to be taken off the monthly agenda at the committee’s meeting July 23.

The action is result of the Nevada Department of Transportation saying they don’t plan on carrying out that work until at least 2017.

The work in question is at the intersections of Highway 160 and Mesquite Avenue, Bell Vista Road and Wilson Road/Oxbow Avenue. The issue has been part of their agenda as a reminder item since the Jan. 15 meeting.

Public Works Director, Dave Fanning, gave his opinions on the matter and expressed his hope the initiative be taken off the agenda.

“I don’t see any reason to keep it on here to be honest with you. It’s actually going to be something that we just need to bring back in written form to NDOT and have I put on their plan when they get ready to do that.”

Fanning mentioned that it’s been done with Highway 160 and Wilson Road and that it has worked in the past. He went on to recommend that the item be brought back up in 2017 when the work is near.

“Over the last couple of years NHP Sergeant Carlos Rivera and I have been working with NDOT on the Clark County corridor from the top of the mountain down into Pahrump, and they installed a cable system several years ago and it’s interrupted the flow for our emergency response, as well as traffic enforcement by NHP on that roadway,” Lewis said. “We just received tentative news that they are opening up in the beginning of August for a re-engineering of that system.”

The changes will open up more areas where law enforcement and emergency vehicles can cross over to each side of the highway, which Lewis said will increase response time to accidents and speeders.

“If there was a northbound accident and we were traveling southbound we would have to go an extended travel distance in order to get to where we could turn around,” Lewis said. “NHP could quite frankly see people speeding and don’t have access to come around and pull them over.

“I think it will be a great safety issue for our citizens.”