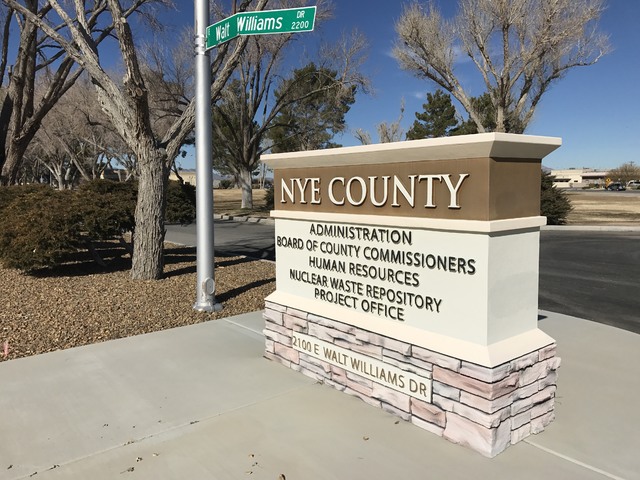 Milan Dimic, director of information technology for Nye County, said the new services are more than welcome at the office.

“It has been performing wonderfully,” Dimic said.

The average speeds have improved by about 26 times, jumping from 38 megabits per second to 1 gigabit per second with VCA’s fiber-optics system.

The speed of the connections was noticeable right away, according to Dimic, but the improved reliability of the network is also a huge difference.

“We had many issues with response times before, including delays that were intolerable,” he said. “The connections were inconsistent and unpredictable. Bandwidth would drop with no warning. Since the fiber was installed, I’ve had zero complaints.”

With the new fiber connections, the county will soon begin moving town workers to the main county complex on Calvada Boulevard to improve efficiencies and consolidate functionality.

“It didn’t make sense to put even more people on poor connections (before the upgrade),” Dimic said. “But now it does.”

With the increased performance of the communications network, Dimic sees other benefits down the line, including quicker response times for emergency personnel and upgrades to the video conferencing network between Pahrump and Tonopah.

Mobile data terminals will be reinstalled in the vehicles used by Nye County Sheriff’s deputies after being removed several years ago, due to performance issues related to inadequate bandwidth.

“(The deputies) quit using them because they were so unreliable,” Dimic said.

Dimic said tests on the fiber network have shown sheriff’s deputies are able to respond to calls more than a minute faster because of better access to data servers containing critical information for law enforcement personnel.

New software will also improve the quality of the live feed of online meetings which are held weekly at the county’s complex.

“The new connection will allow us to install newer, better equipment for videotaping the commissioners’ meetings and others,” Dimic said. “We have had many complaints from the public about the reliability and dependability of the feed.”

Dimic said the county is pleased with the service and the only gripe is that they didn’t have it sooner.

“Getting Tonopah improved will really help,” he said. “If there is a complaint, I wish I could have had it 10 months ago.”