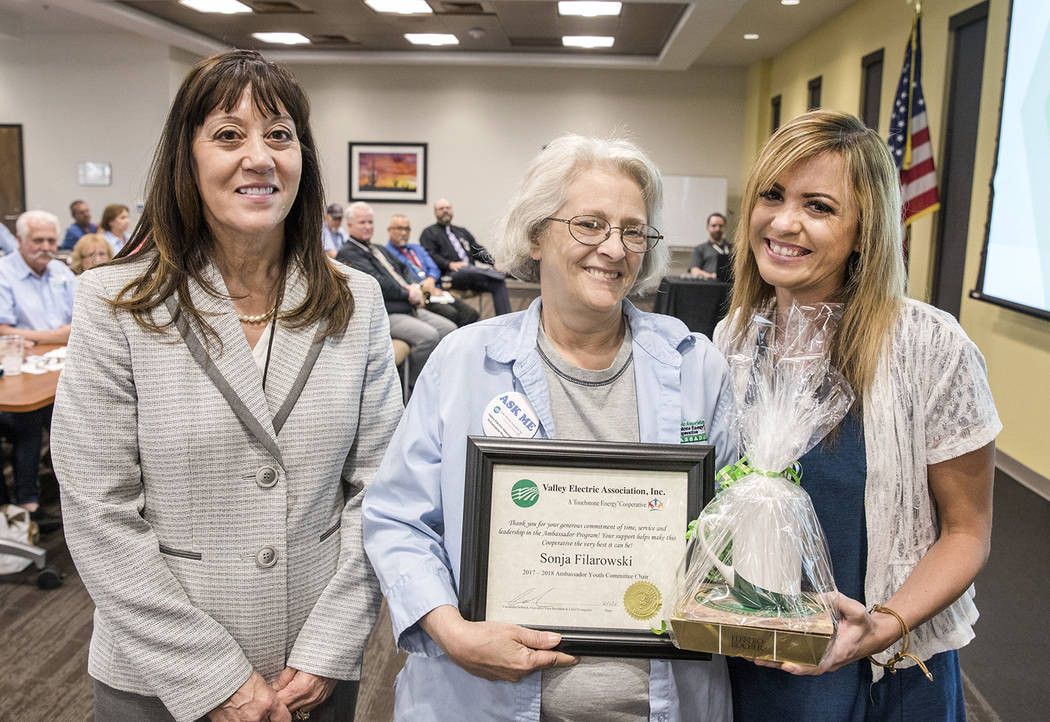 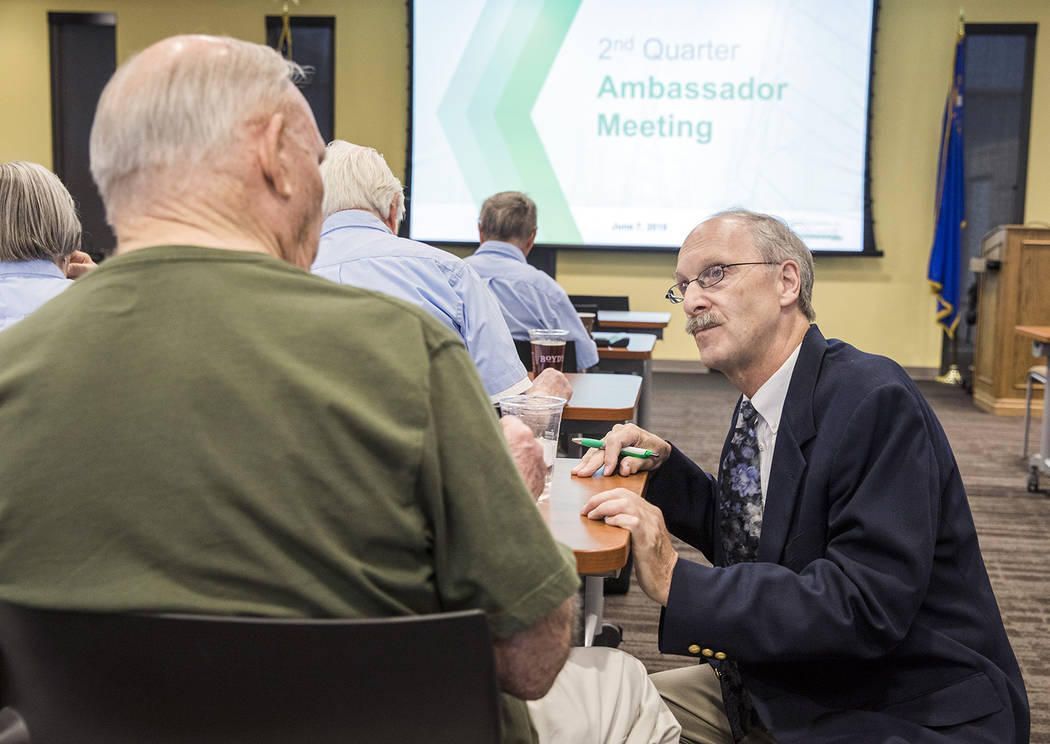 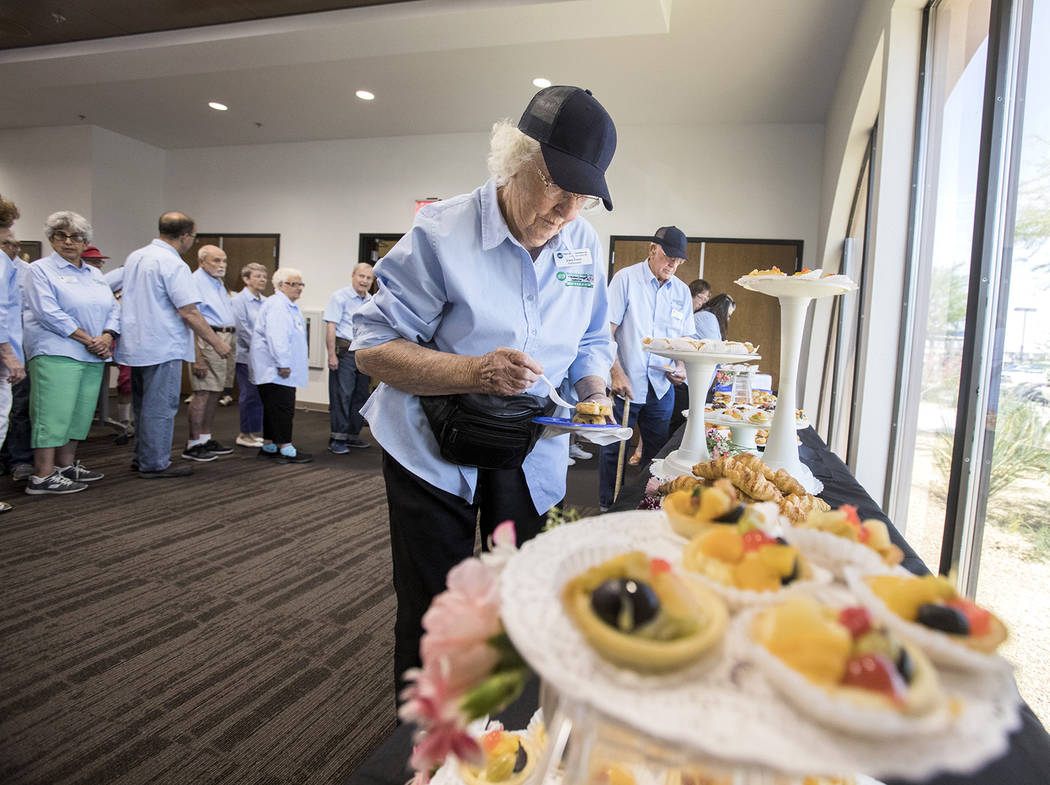 Special to the Pahrump Valley Times The event was held June 7 at the Valley Conference Center in Pahrump. About 120 people attended

About 120 Valley Electric Association Ambassadors gathered to celebrate the end of the year at the second quarter ambassador meeting at the Valley Conference Center.

During the June 7 meeting, VEA recognized ambassador accomplishments during the 2017-18 year.

“The primary goals this year were to strengthen the program, empower our leaders, and improve the public image of the Ambassador program,” said Frank Bonesteel, chairman of the Ambassador Executive Committee and Master of Ceremonies for the event. “Mission accomplished.”

Frank said the program was strengthened by three new committees: TECH, Community Service, and Communication and Public Relations. This increased the number of committees by a third, going from six to nine. He said the program also was improved by increasing the visibility and making the program’s image a positive one.

VEA interim CEO Angela Evans thanked the ambassadors for their volunteer spirit and giving their time to help their cooperative and community.

“I am humbled by your generosity, your spirit and your compassion for fellow human beings,” she said. “Your accomplishments as ambassadors are impressive and substantial. Thank you for your ambassadorship.”

“It is natural to think that change is imminent,” she said. “I want to assure you that we are in good hands. We have a very competent, thoughtful, intelligent and engaged board of directors and this board has shaped the cooperative vision. We are still on a good path.”

She said the co-op will focus on reliable and affordable service for both broadband and electricity. Another priority is to assure that the cooperative is on a sound financial footing throughout 2018.

“We want to make sure that VCA is successful,” she said. “We have focused on building that broadband infrastructure.”

Evans said the strategy for 2018 will be to leverage the revenue potential of the infrastructure that is currently in place to bring the widest range of services to the members.

“We are in the process now of replacing wireless broadband with fiber,” she said. The focus for the remainder of 2018 will be Beatty, Mountain Falls and the Winery Road area. “Our strategy is to continue to roll out fiber in a fiscally responsible, deliberate manner.”

“It was such an honor to recognize the leadership within the program,” said Cassandra Selbach, executive vice president and chief evangelist.

During the meeting, the election results were announced for the 2018-2019 Ambassador Executive Committee. Frank Bonesteel will retain his position as chairman, Allan Parker will serve as vice chairman and Suzanne Schneider as secretary.

VEA Community Relations Representative, Ryan Muccio, was happy with the turnout. “It went really well, and we have already received lots of positive feedback on the meeting from ambassadors,” he said.

The tasty treats for the meeting were provided by O Happy Bread, a local French bakery and were a huge hit with the ambassadors, the VEA said.