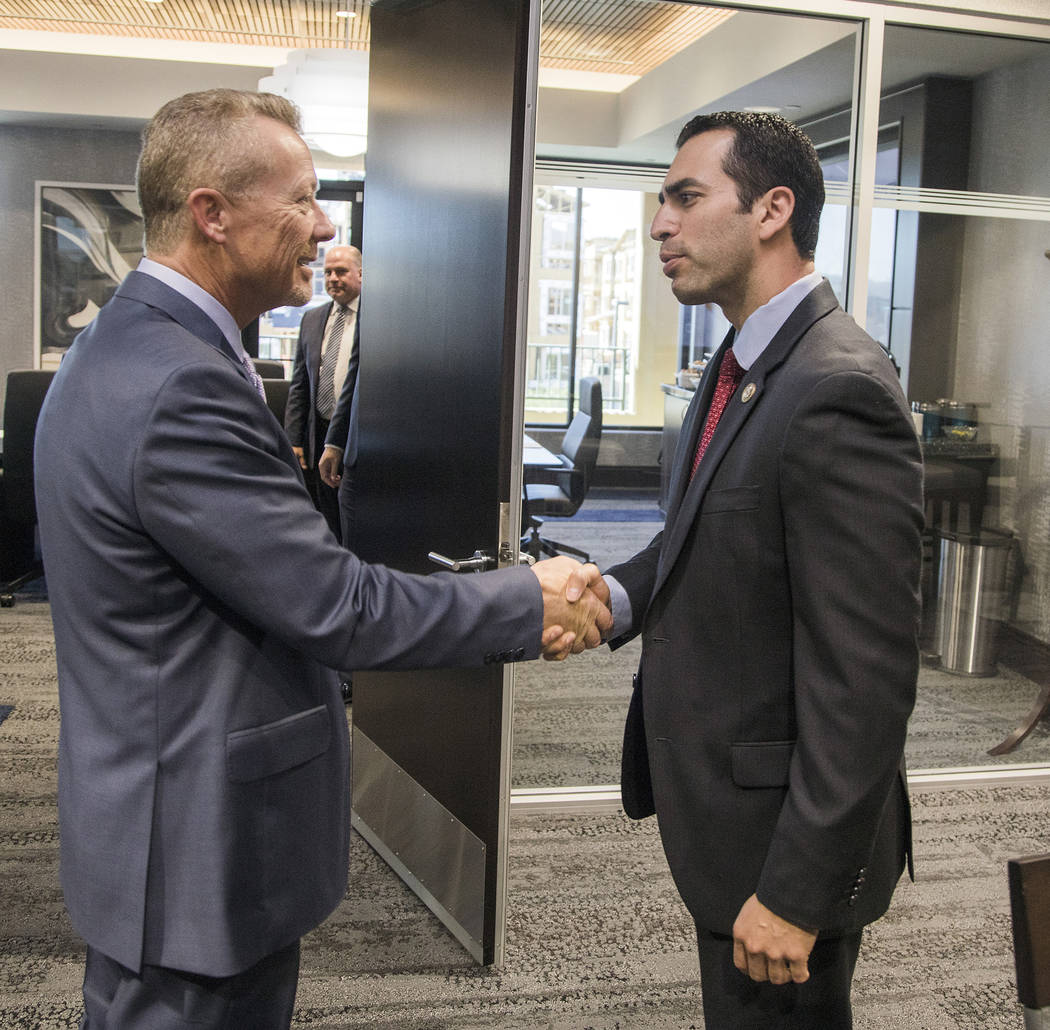 Mike Hengel, executive vice president of communications at Valley Electric Association, said officials were able to cover many topics that involve the needs VEA has in serving its rural member-owners with energy and communication services.

“Federal involvement and regulation of our industries is significant, and Rep. Kihuen was very interested in our views and opinions, Hengel said in a statement. “He asked many compelling questions. We look forward to working with Rep. Kihuen as we seek to serve our members and customers with the most reliable, affordable services possible.”

Hengel said Kihuen made a visit at the invitation of Valley Electric. Hengel said among some of the matters discussed during Kihuen’s visit were VEA efforts to bring high-speed communications to its member-owners and the effect of federal agencies’ activities on the co-op’s operations.

“Rep. Kihuen represents most of our district, and the federal government has influence over many aspects of our business as mentioned above,” Hengel said. “It is very important that our representatives are aware of the important role that VEA plays in the communities we serve.”

In addition to touring the facility, Cortez Masto plans to meet with the company’s officials and employees, her representative said.

The tour will not be open to the public.