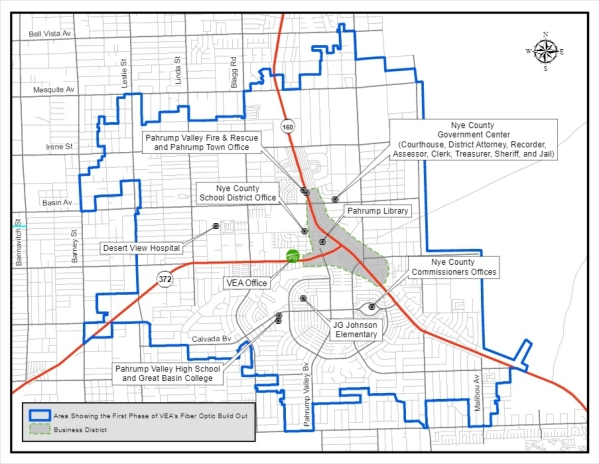 Valley Electric Association Inc. is reviewing a potential rate increase to help fund a few major projects, including the introduction of broadband.

VEA Board of Directors President John Maurer explained that with the costs of the new projects a rate increase may be unavoidable, although it could be a temporary one.

“We have a lot of projects coming up that will make us millions,” Maurer said. “The burden to pay for those projects falls on us right now, though.”

District 1 representative Peter Grazsy added that he doesn’t really see it as an increase due to rising costs.

“Our rates today are actually lower than they were in 2010, the last time we had an adjustment,” Grazy said. “So it’s not really an adjustment, it’s just keeping up with inflation.”

Maurer built off Grazy’s comments and explained that the unchanged number isn’t on par with current costs.

“The rate is what it has been, but when you look at inflation it’s low,” Maurer said. “We just need to do our due diligence.”

Nothing is definite about a rate increase, but the board of directors was going to discuss it at the board meeting in the executive session that is closed to media members.

“I’m not saying anything is set in stone but I would like to initiate the discussion,” Maurer said.

A few of the major projects that are upcoming for VEA are quite expansive and expensive.

“The rates weren’t designed to cover those additional expenses (from projects) that weren’t even forecast back in 2010,” said VEA Chief Executive Officer Tom Husted. “That’s part of the concern rate precedent has.”

A pair of major projects that VEA has in the works for the near future are part of what the possible rate increase would go toward helping construct and carry out.

The VEA’s broadband internet, which is set to be installed for its first phase of customers before the end of the year, will offer customers up to 1 gigabit per second speeds, making for the fastest internet connection in town. Phase one will include a large portion of Pahrump, as well as Fish Lake Valley.

Then there is the 15-megawatt solar facility set to go in the northern part of the city, that is expected to provide energy July 1.

The major project will utilize Nevada union workers and American-made materials, and generate affordable renewable energy while creating new jobs and tax revenue within the state.