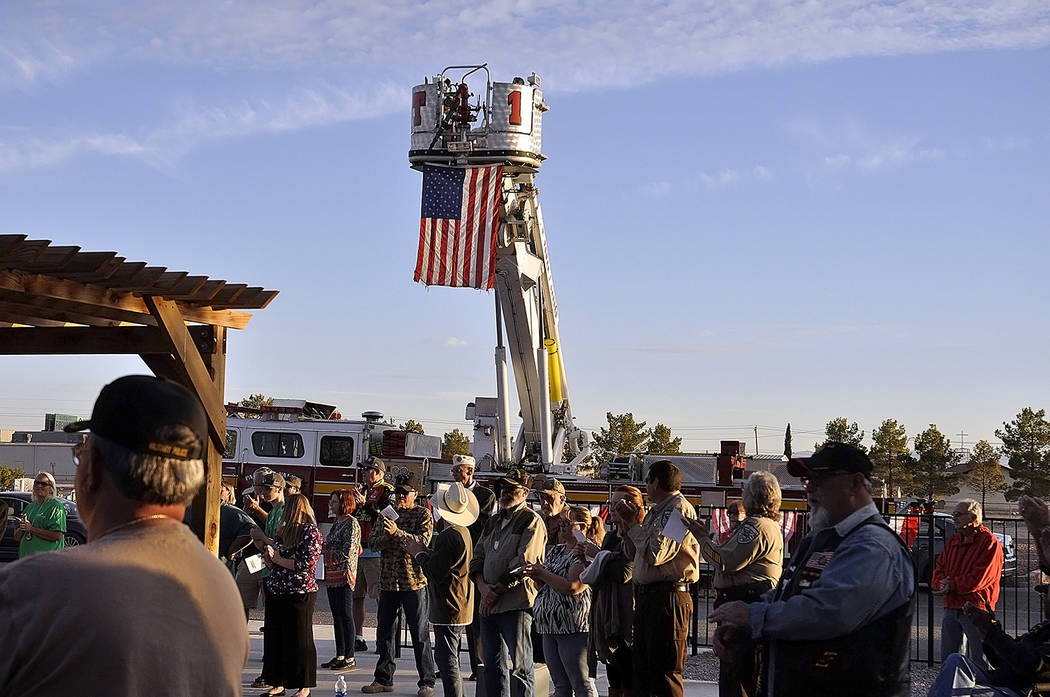 Horace Langford Jr./Pahrump Valley Times Pahrump Valley Fire and Rescue Services, Chief Scott Lewis furnished the department’s Tower Ladder for the Veterans Day ceremony at the veterans section of Chief Tecopa Cemetery on Saturday. The ladder apparatus was utilized during the 911 attacks in 2001. 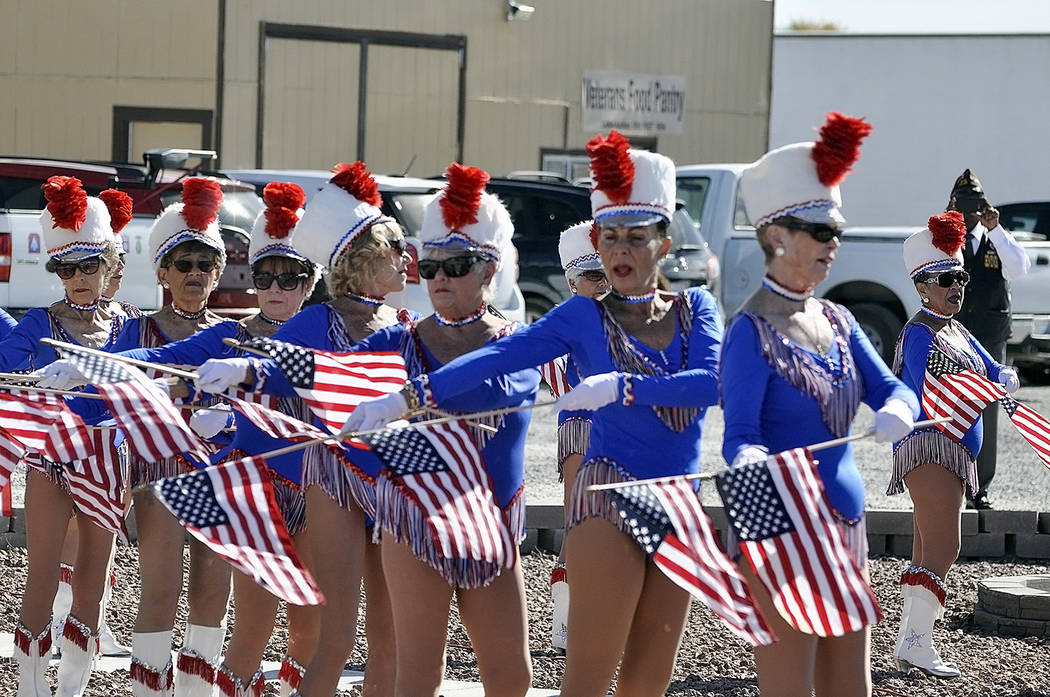 Horace Langford Jr./Pahrump Valley Times Members of the Nevada Silver Tappers were invited to perform a special Flag Dance during the ceremony. The Silver Tappers Dance Troupe have been a mainstay in the community for more than a decade. 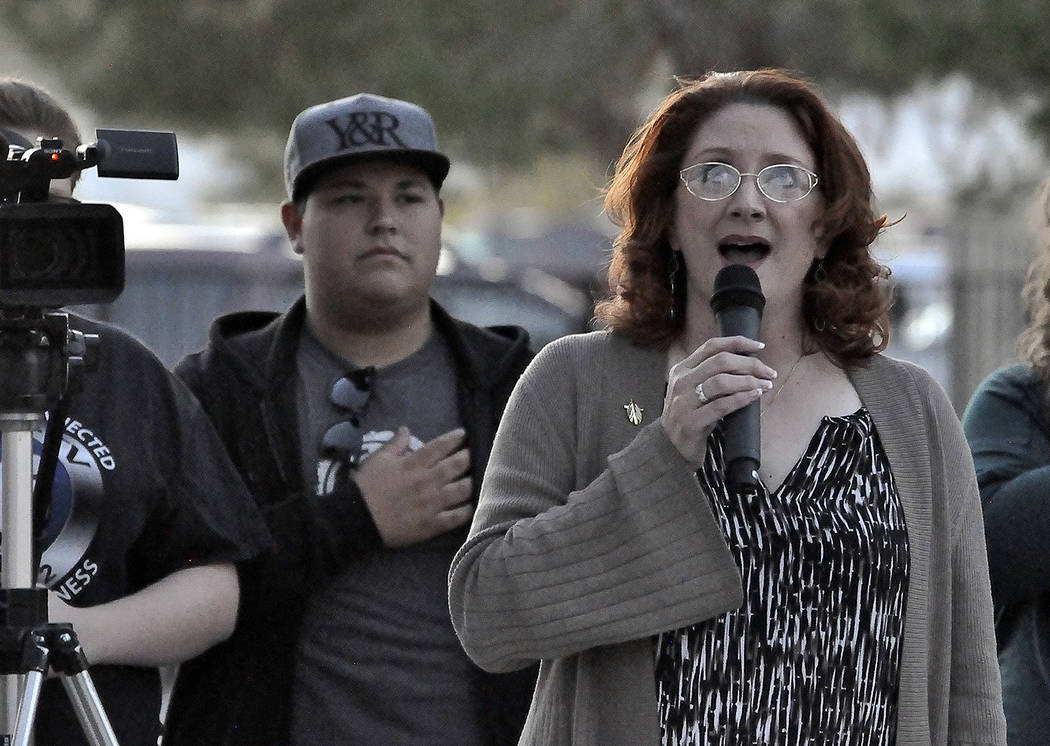 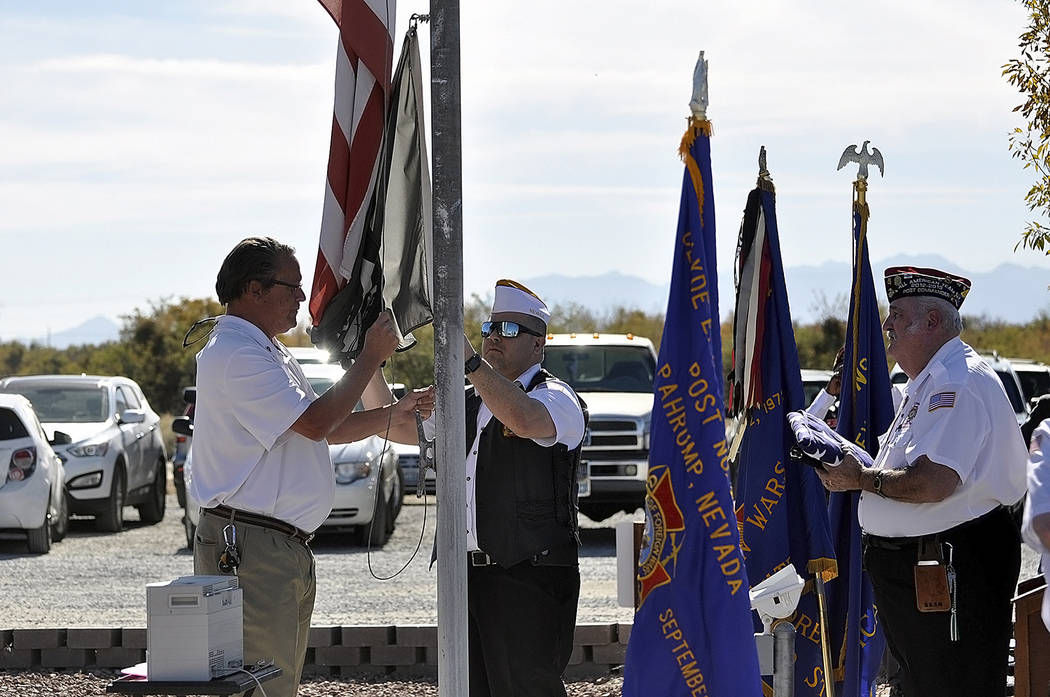 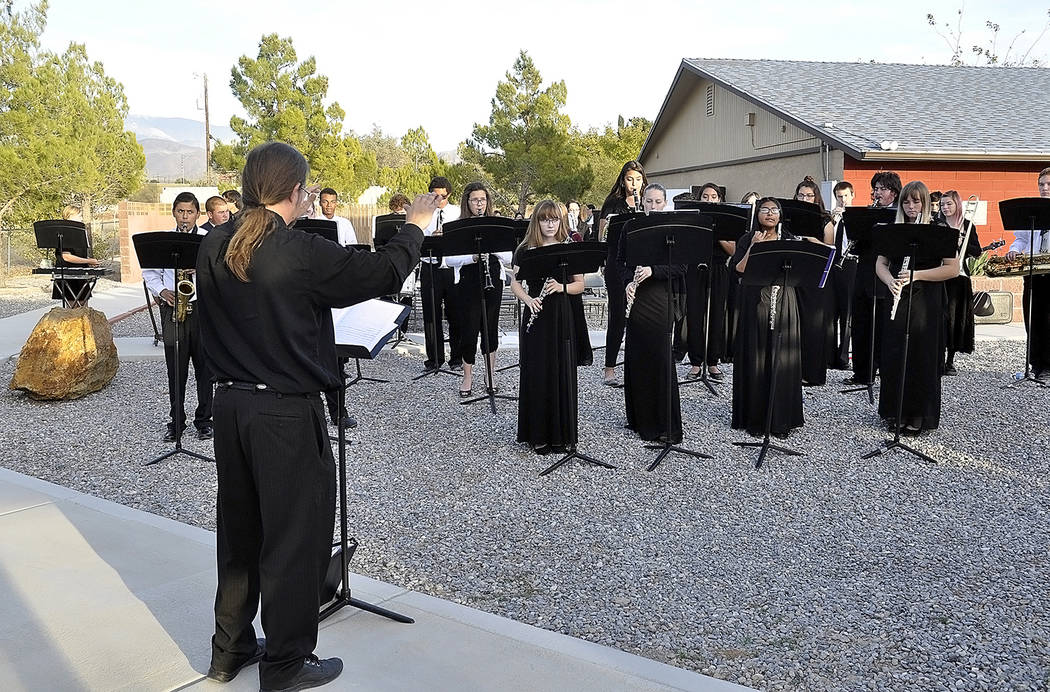 The town of Pahrump was awash in patriotic colors, songs, and attendees as local Veterans Day observances were hosted at two locations within the community on Saturday, the first of which took place at VFW Post 10054 on Homestead Road, with Post Commander Tom Vick presiding over the ceremony.

The VFW has hosted the event for well over 10 years in the valley.

Scores of area residents attended the event beginning at 11 a.m. sharp, as directed by Vick.

The service began with a special flag retirement ceremony on the grounds.

“Veterans Day always begins at 11 a.m. sharp,” Vick said. “We held our ceremony on the VFW grounds in front of the flagpole, with our flag changing ceremony. After that, we held our flag retirement ceremony at 3 p.m., with the local Boy Scouts. The Nevada Silver Tappers were also here joining us this year, as they performed a flag dance right after the ceremony.”

Following the VFW observance, the Veterans Memorial at Chief Tecopa Cemetery, at 700 E. St., was the venue for a second Veterans Day ceremony.

The event was coordinated by members of Pahrump’s Disabled American Veterans Chapter 15 in Pahrump.

More than 400 local veterans are associated with the organization in Pahrump.

“I thought the entire program went very well, even though it was just a little bit short,” he recalled. “It seems that we were organized so well that everything went right along smoothly and there were no delays or other issues. Because of that, we had to wait just a little while to break out the glow sticks and display them because it was still dusk at the time. I also thought the ceremony was very well attended on Saturday. I understand that we had more than 100 people at Chief Tecopa Cemetery.”

All throughout the observance, a colossal symbol created a bold spectacle for those who attended the event, Saunders noted.

“We invited Pahrump Valley Fire and Rescue Services to bring out their tower ladder truck to display the American flag during the entire ceremony,” he said. They were great enough to oblige us and attended the ceremony. We all thought it was very nice for them to do that for us.”

During past Veterans Day observances in the valley, various area organizations hosted their own respective ceremonies throughout the day, an issue which Saunders sought to address.

“Every Veterans Day it seems like we have several different Veterans Day events and ceremonies each year,” he said. “It would make sense to if possible, consolidate the Veterans Day ceremony here in town. As it stands right now, it seems that everybody has their particular niche regarding Veterans Day, which they are known for. I think it would be nice if one day out of the year, we could all get together and do a Veterans Day ceremony jointly. I would like to see that happen. I received information a few years ago that Nye County has about 4,000 veterans residing here, so it seems that we are living up to our name of being a “veterans’ town.”

“On Veterans Day we pause to honor the service and sacrifice of those who wore the uniform to defend our nation,” Titus said. “Through our nation’s triumphs and its darkest hours, our soldiers, sailors, airmen, Marines, and Coast Guardsmen have been on the front lines to defend all that we hold dear. We must give our thanks to those who are still with us and the others who made the ultimate sacrifice. While we can never fully repay our veterans for their service and sacrifice, we can do more to help these heroes when they return to civilian life through access to education, good jobs, and more effective post-service health care.”