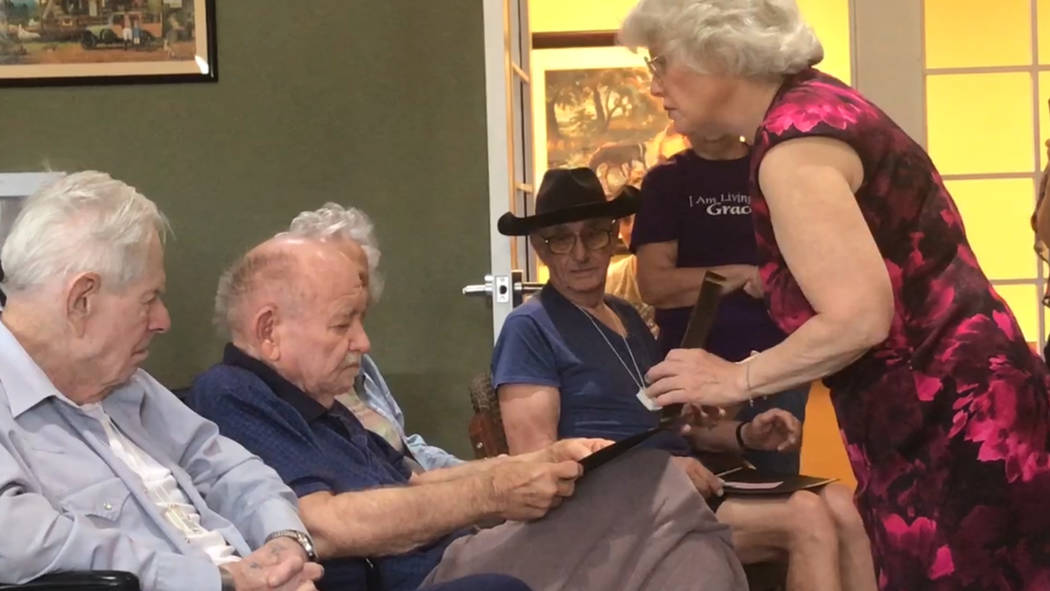 Jeffrey Meehan/Pahrump Valley Times More than 20 veterans were recognized for their service during a "We Honor Veterans" pinning ceremony at Inspirations Senior Living in Pahrump. The event, held by Nathan Adelson Hospice in Inspirations' activity room, was on June 14 (Flag Day). 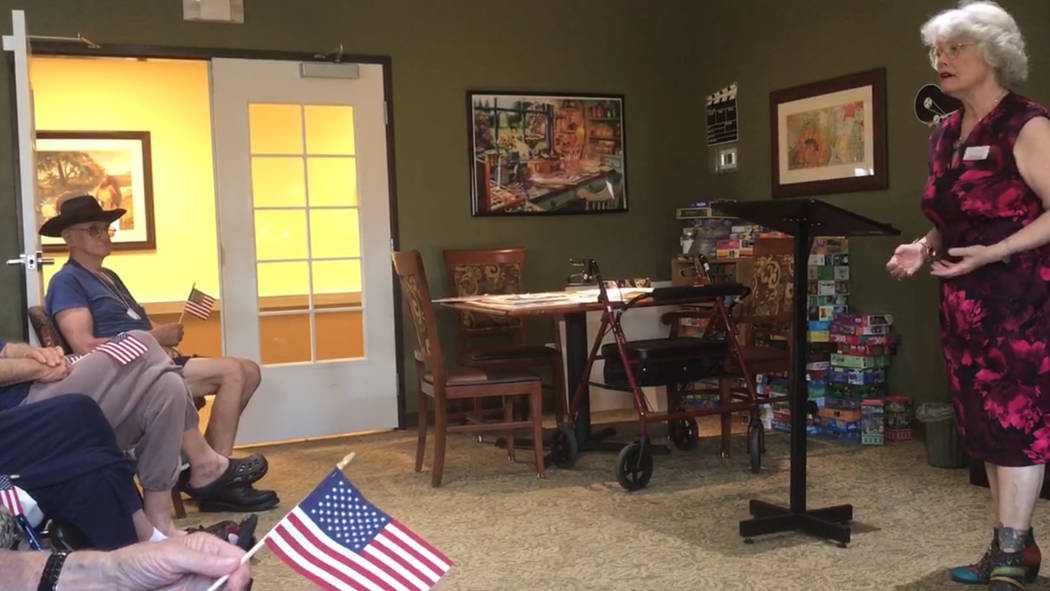 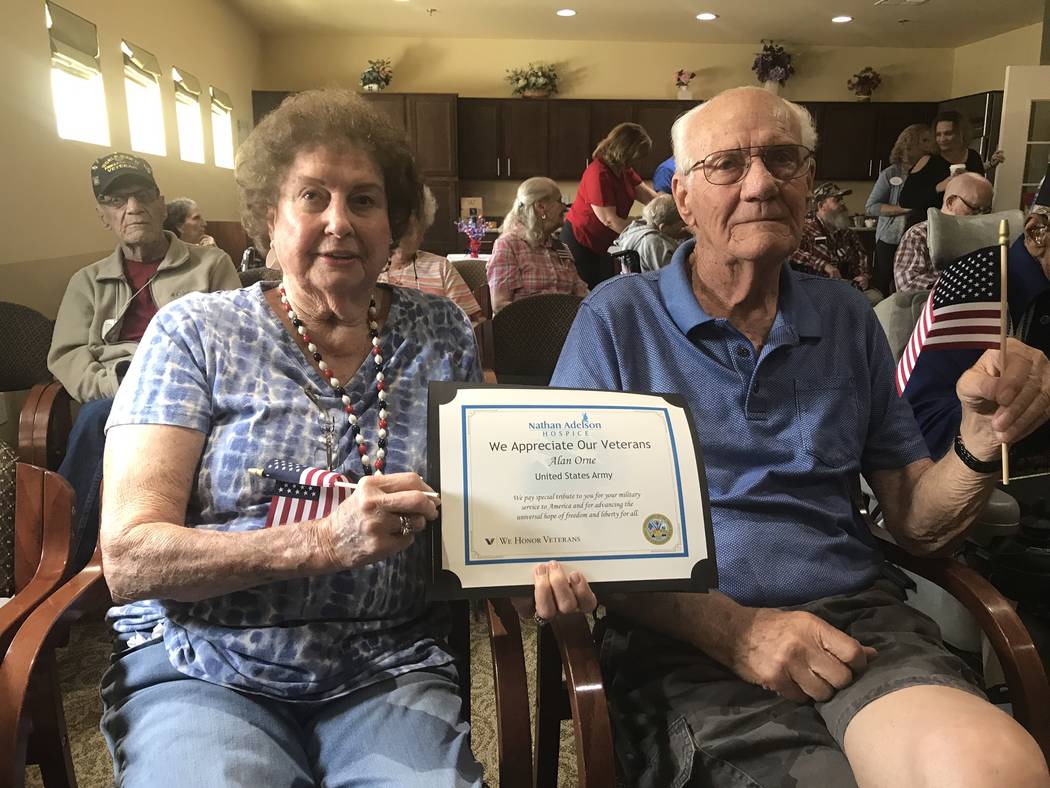 Jeffrey Meehan/Pahrump Valley Times Alan Orne (right), a veteran of the U.S. Army, sits with his wife at a "We Honor Veterans" pinning ceremony on Flag Day (June 14) at the Inspirations Senior Living Center in Pahrump.

Over 20 military veterans were honored for their service in Pahrump on Flag Day in mid-June.

Nathan Adelson Hospice held a “We Honor Veterans” pinning ceremony at Inspirations Senior Living at 931 E. Honeysuckle St. on Friday, June 14, which is also Flag Day. Veterans were called individually at the ceremony and given a printed certificate of appreciation for their service and a flag pin, along with being recognized by name during the ceremony. The spouses of veterans who have passed on were allowed to accept for their lost loved ones.

“We are very privileged to have provided services for vets in our community for over 15 years,” said Virginia Fortier, business development representative for Nathan Adelson, who led the pinning ceremony. “We have helped people from everything from World War I, quite a while ago, to World War II, Korean War and Vietnam War, and we are forever grateful for the service that you have provided for our country.”

Fortier said this is a new event for the hospice to a packed house at Inspirations Senior Living’s activity room where 23 veterans from the different branches of the military were honored.

“America’s veterans have done everything asked of them, and it is never too late to show them our appreciation,” said Carole Fisher, president and CEO of Nathan Adelson Hospice, in a news release from the hospice. “Through our participation in the ‘We Honor Veterans’ program, this pinning ceremony in Pahrump gives us that opportunity.”

Before passing out the certificates and a flag pin with the word “Veteran” below the American flag to each veteran honored, Fortier read a prayer to the crowd.

Fortier also spoke about the care given to many veterans in the past at Nathan Adelson during the time she has spent at the hospice, including for the oldest living female World War II veteran in Southern Nevada, Pauline “Polly” Pavlick who died in the fall of 2018.

“We thank you for your service and for allowing us to care for your loved ones,” Fortier said to the crowd.

The pinning ceremony coincided with Flag Day, June 14, a day honoring the national flag. “The holiday commemorates the date in 1777 when the United States approved the design for its first national flag,” according to information from britannica.com