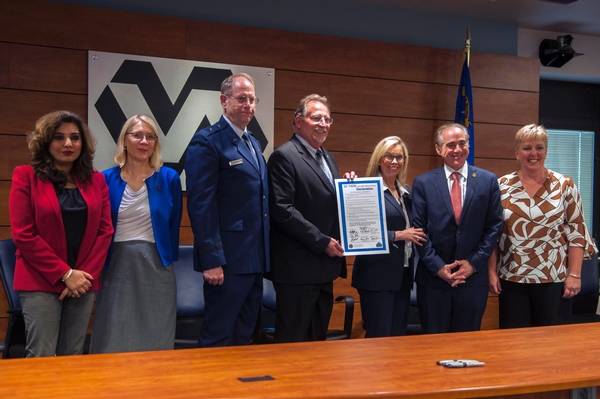 Veterans Affairs Secretary David Shulkin made a request of community leaders in attendance — including Nevada National Guard Adjutant General Brig. Gen. William Burks — during a proclamation signing at a U.S. Department of Veterans Affairs hospital in Nevada this summer.

“If everyone could please take out their cell phones, find your contact list, and pretend you are putting in a new friend,” Shulkin said. “I’m going to ask you to put in the Veterans Crisis Line because sometime, maybe 3 o’clock in the morning, if someone needs help, you’re going to be able to find this.”

“When it comes to 20 veterans a day taking their lives, it’s just a number we cannot accept,” said Shulkin, who emphasized September is suicide awareness month. “We have to do a lot more.”

In January, the month before Shulkin became VA secretary, about 30 percent of calls to the Veterans Crisis Line went unanswered. With a few changes to the automated system the process has been streamlined and now about 99 percent of calls are answered, he told the Reno audience last week.

Shulkin said he hopes to bring some of the successes of the VA’s “no wrong door” philosophy to combat homelessness among veterans and apply that to suicide prevention.

“These types of trainings and gatherings raise awareness and have done amazing things for us, even though it hasn’t got us down to zero, which is the ultimate goal,” Burks said. “We’ve come a long way in combating this scourge on our society. But there’s still a lot to do.”