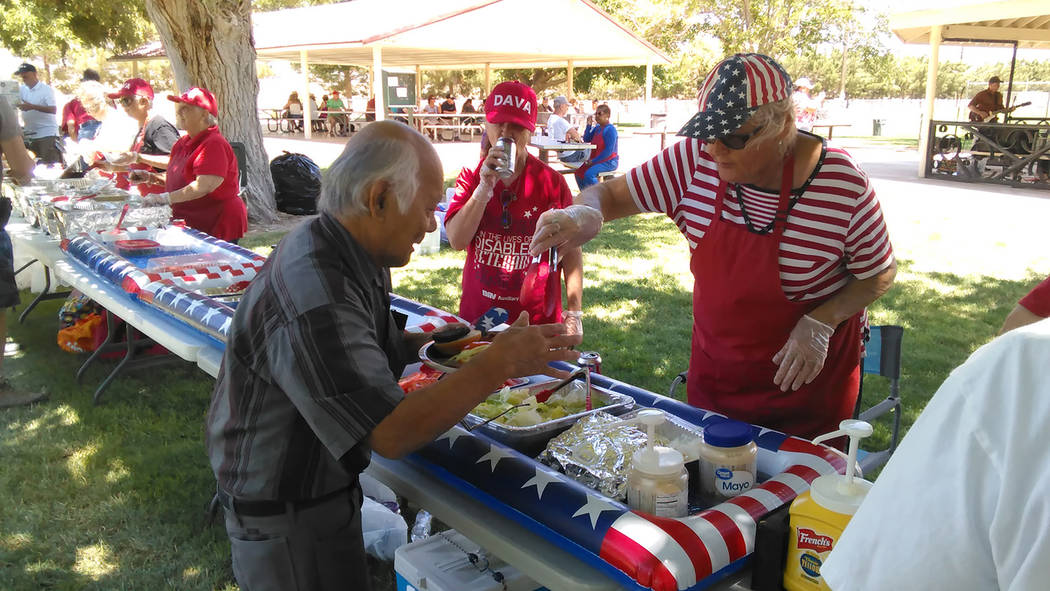 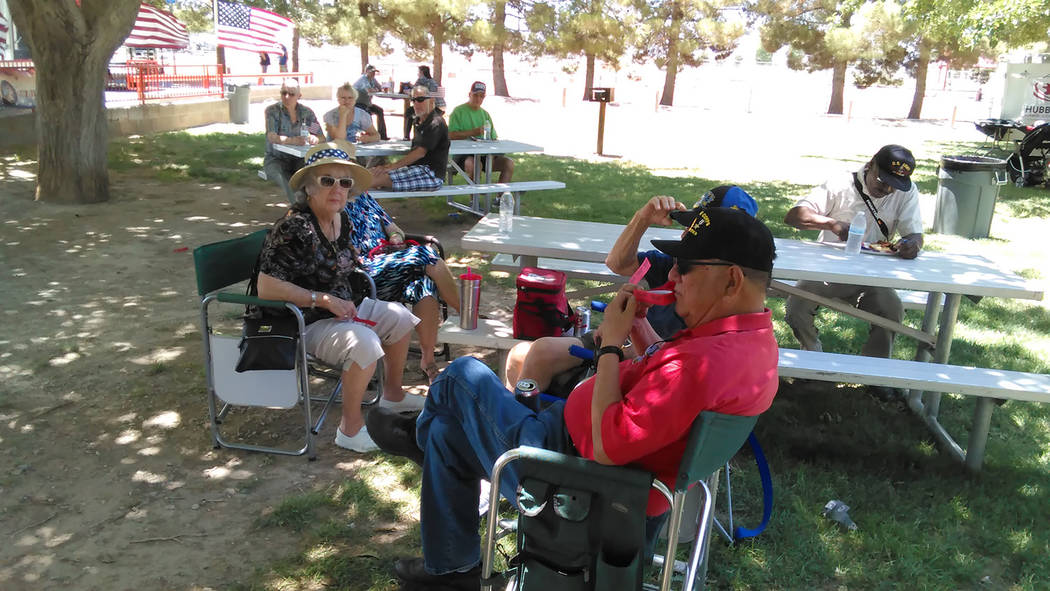 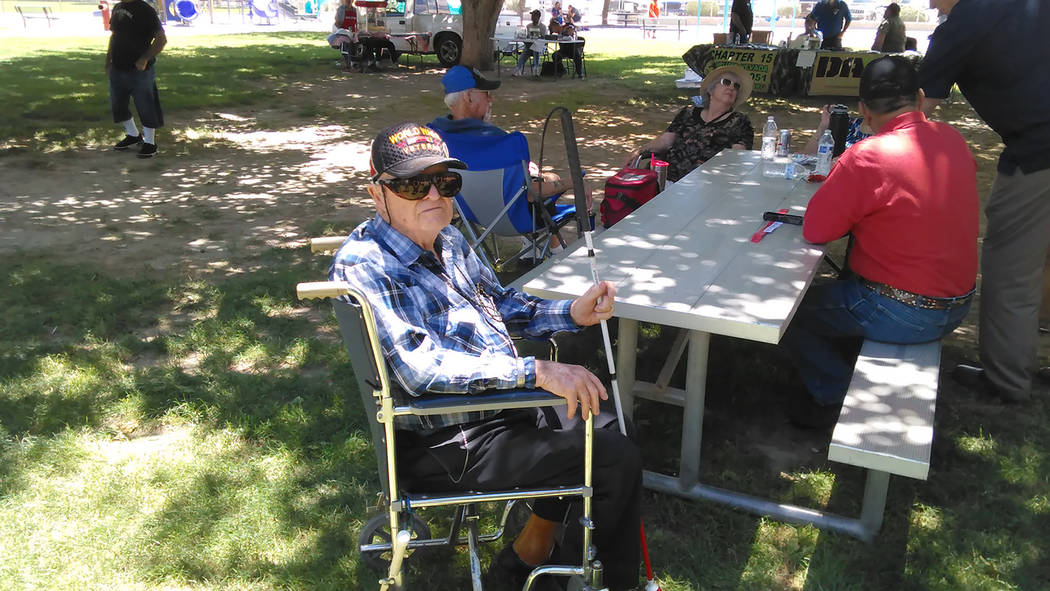 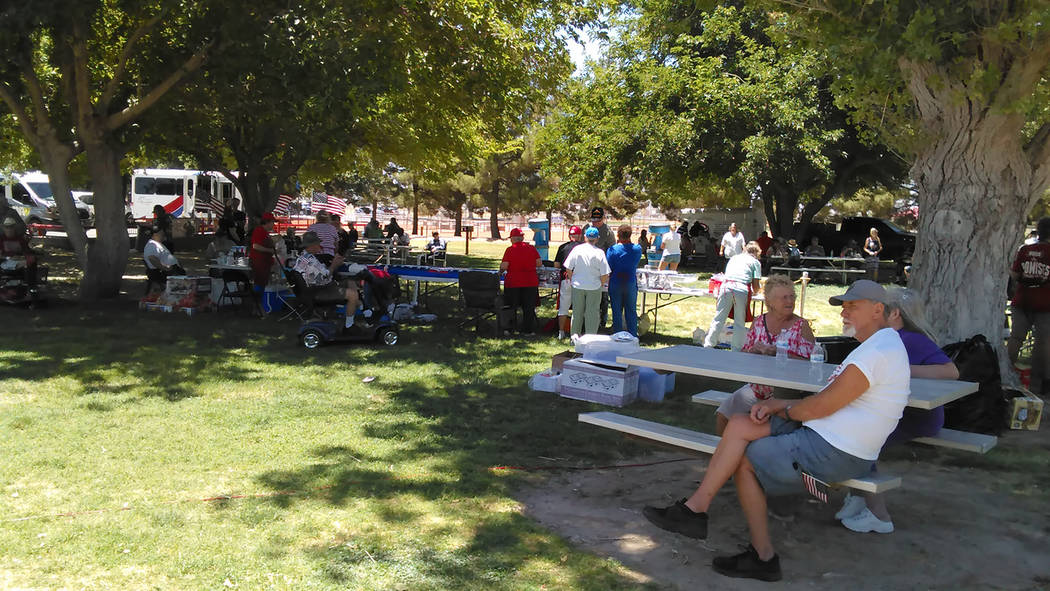 Area veterans and their families were treated to an afternoon of food, fun and entertainment as the annual Pahrump Disabled American Veterans (DAV) Appreciation Barbecue returned to Ian Deutch Park on Saturday, June 10.

“We served hamburgers and hot dogs, along with some other side dishes,” he said. “All they needed to show was an ID, DD-214, or a VA medical card, or something that proves they are a veteran and they and their families ate for free. I think the barbecue went really well, but the last one we had was in April and it was very windy and cold and we didn’t have much of a turnout, but this year the weather cooperated. We served around 250 people.”

Aside from the grilled favorites, organizers also lined up entertainment and a chance to win prizes for those in attendance.

Janke said Nye County Commission Chairman Dan Schinhofen has a bluegrass band that performed at the park, along another band called “Lonesome Road.”

“We also had a lot of great volunteers who chipped in and helped out,” he noted. “They were all members of the chapter who came out to help with the sign-in tables and the 50/50 raffle. The auxiliary unit did all of the serving.”

Janke also said the annual event is to show appreciation to give thanks to all military personnel.

“The sole purpose is for the veterans and their families,” he said. “Of course we do a lot of work with our homeless veterans. We help them out with food and often take water out into the desert to help those veterans. If we run across somebody out there who is not a veteran but is in need, we help them also.”

Janke said the next upcoming DAV event is scheduled for September with the annual Forget-Me-Not campaign.