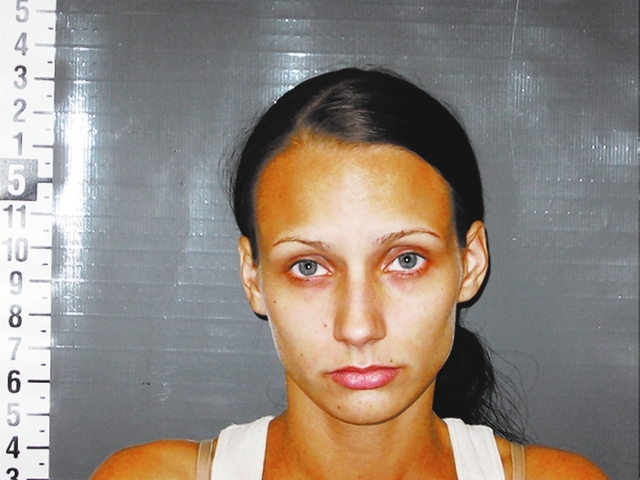 Police are looking for a woman they say provided another person’s driver’s license when she was booked into the Nye County Detention Center this weekend.

The woman was released from jail before police discovered she was a wanted fugitive from Las Vegas.

Jessica Holbert, 22, of Las Vegas is alleged to have provided a California driver’s license to local police identifying herself as Mary Moriarty at the time of her arrest on a single charge of possession of drug paraphernalia on Saturday.

According to a declaration of arrest in the case, Nye County Sheriff’s deputies came into contact with Holbert after they stopped a stolen Toyota Camry near the intersection of State Route 372 and Blagg Road.

Holbert, who was the passenger in the vehicle, reportedly allowed police to search her purse during the stop, at which time they allegedly discovered a pipe.

She was subsequently placed under arrest and booked into the local jail using the California driver’s license she provided.

On Monday, still going by the name of Moriarty, Holbert was released from custody on her own recognizance.

Nye County Sheriff’s detectives, working with Las Vegas Metropolitan Police Department officers, subsequently identified Moriarty as Holbert, who is a wanted fugitive from LVMPD and is additionally a probation absconder and is wanted by Nevada Parole and Probation.

Police say they believe Holbert is traveling between Las Vegas and Pahrump.

NCSO detectives ask that anyone with information as to her whereabouts please contact the Nye County Sheriff’s Office by calling 775-751-7000 or submitted information confidentially by email at ncso_detectives@co.nye.nv.us.