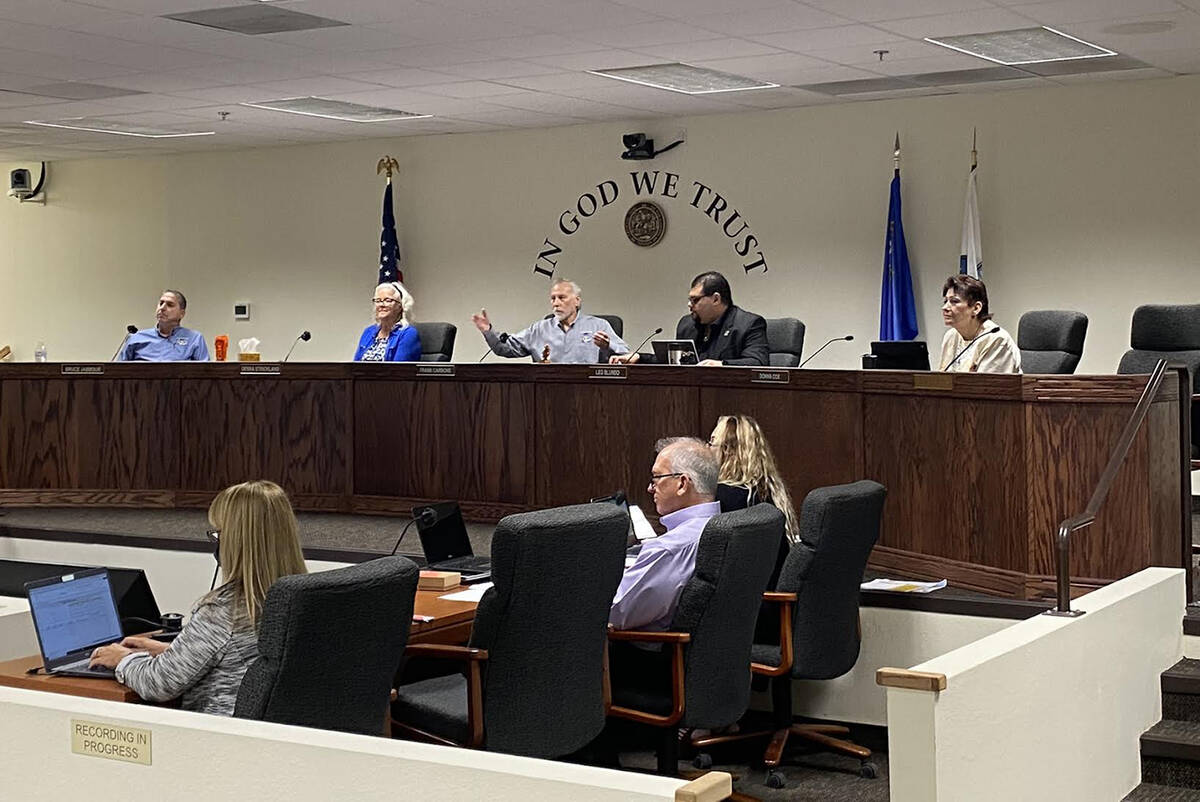 Special to the Pahrump Valley Times The Nye County Commission voted 5-0 to retain the public teleconference system that allows the public to call in and participate in the body's meetings.

When the COVID-19 pandemic hit Nevada in March of 2020, governmental entities all around the state were forced to rethink their operations, particularly how they hosted public meetings, and the answer for Nye County was the implementation of a publicly accessible teleconference system.

Since that system was established, the Nye County Commission has twice debated whether or not to continue with it following the easing of the public health crisis. Both times, the subject prompted heavy debate but the commission ultimately decided in favor of keeping the public teleconference system, with the option of reviewing the item again in the future. The latest review took place this month and once again, the board has voted to carry on with utilizing the system provided by LogMeIn/OpenVoice Audio Services.

As detailed in backup information included with the agenda item, the cost to the county is just over $0.04 per caller, per minute. The contract with OpenVoice also requires a committed rate of $300 per month, regardless of how much the teleconference system is used. For fiscal year 2022, which ran from July of 2021 until June 30 of this year, the cost came to $6,267.31 and in the first two months of fiscal year 2023, the price tag was $1,698.40.

Those speaking on the item during the commission’s Sept. 20 meeting seemed to feel this was a modest cost when considering the ease of accessibility it offers to the public.

Regular meeting attendee Ammie Nelson explained that after she caught COVID, her medical situation made it difficult for her to be at meetings in person and the teleconference system was the only thing that allowed her to stay involved in county government. Tim Bohannon, another regular at commission meetings, remarked that while he prefers to be in the chambers themselves, sometimes that just isn’t possible, so he appreciates the opportunity to participate remotely.

Pat Minshall of Amargosa noted that there is a high percentage of seniors in Nye County, many of whom cannot travel to the meetings and therefore, she felt the teleconference system was a valuable tool for such residents. Ron Boskovich, who is set to take a seat on the commission in 2023, and former commissioner John Koenig both advocated for keeping the system in place, as did Helene Williams, who chairs the Nye County Water District Governing Board, among others.

Once public comment came to a close, commissioner Debra Strickland made the motion to retain the teleconference system, with a second from Bruce Jabbour. That motion passed unanimously.

There are a variety of ways for people to observe and participate in meetings of the Nye County Commission.

Typically taking place the first and third Tuesdays of every month, the commission meetings are available for in-person attendance at 2100 E. Walt Williams Drive in Pahrump and 101 Radar Road in Tonopah. For those who do not wish to speak at the meetings, they can also be watched online by visiting www.NyeCountyNV.gov

The teleconference system, which allows callers to participate in the meeting as well as listening to it, is accessible by calling 888-585-9008 and entering conference room number 255-432-824.

Nye County Commission meeting agendas are always posted three business days prior to each meeting. The agenda can be found on the county’s website.