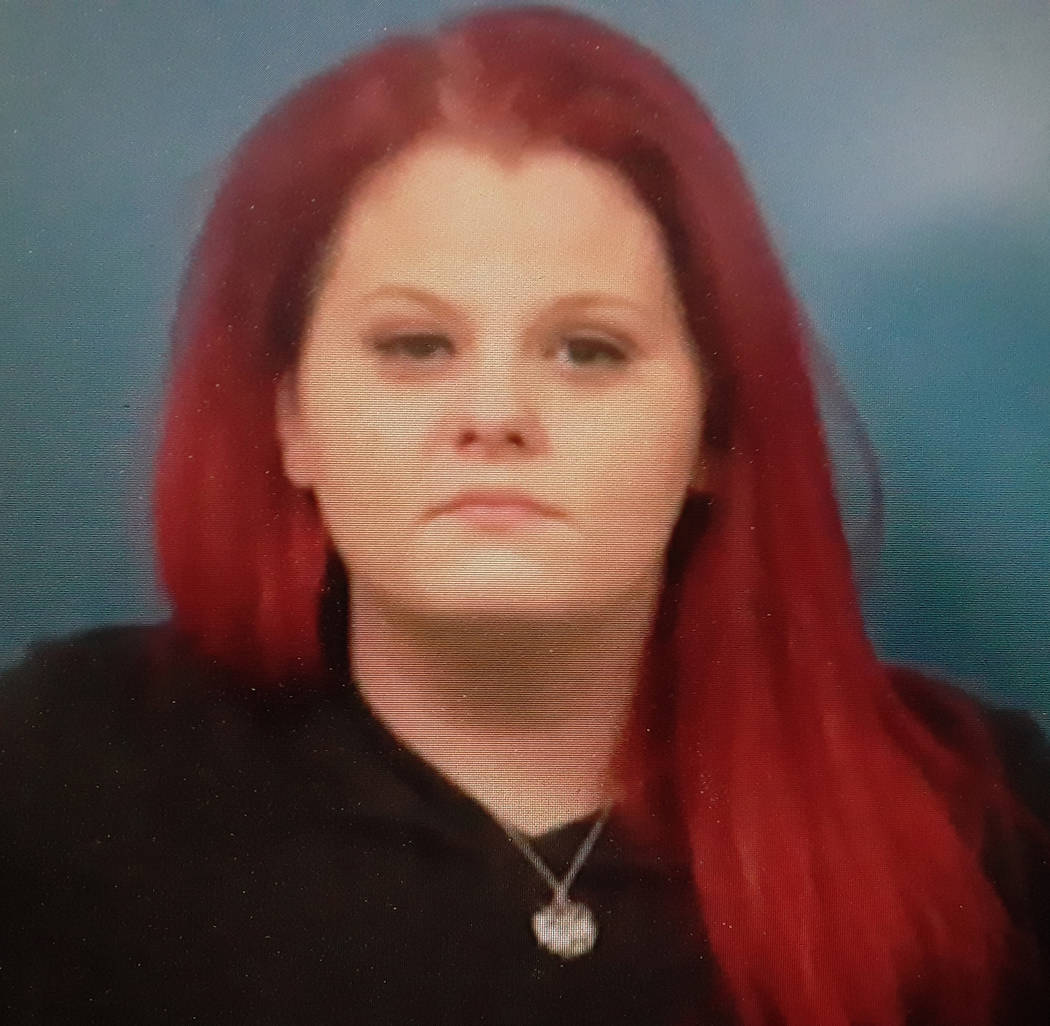 Special to the Pahrump Valley Times Tiffany Dearmond, 31, of Las Vegas arrested on suspicion of soliciting donations under false pretenses. Dearmond allegedly made false public claims that her juvenile child had been diagnosed with leukemia.

A Las Vegas woman was arrested on suspicion of fraud.

As stated in a Nye County Sheriff’s Office video news release, Operations Sgt. Ann Horak said the woman, identified as Tiffany Dearmond, 31, allegedly made public claims that her juvenile child had been diagnosed with leukemia and solicited donations under that false pretense.

“Dearmond allegedly started a GoFundMe campaign to financially support the child’s treatment and medical bills, although the diagnosis was false,” Horak said in a video statement. “The campaign raised more than $500. It was identified that the child is healthy and has never been diagnosed with leukemia.”

Horak went on to say that Dearmond allegedly told a sheriff’s office chaplain that the child was diagnosed with leukemia and solicited donations.

“Dearmond accepted the donations from the Nye County Sheriff’s Office and the Pahrump Valley Fire Department based on the false claims,” Horak noted in the video statement. “As part of the investigation, Dearmond provided text messages to deputies that allegedly showed that the GoFundMe page originated with another person, however, investigators identified that the messages appeared to be forged. There are no records of the child receiving any treatment, or being under the care of any physician at the hospital.”

Dearmond was arrested and booked into the Nye County Detention Center, where she was charged with allegedly obtaining money under false pretenses, making a false written statement to obtain property or credit, false report of a crime, and offering false written evidence.”