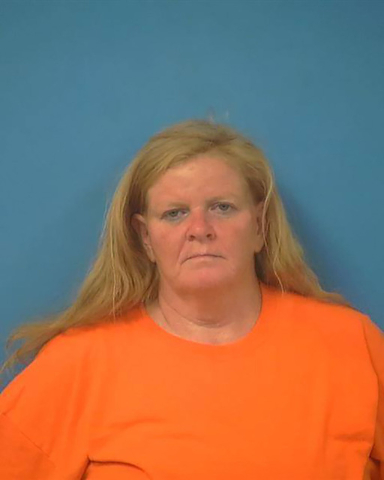 Lila Mabel Ashmore, 52, was arrested July 7 by the Nye County Sheriffs Office and charged with felony accessory to attempted murder, accessory to battery with a deadly weapon and obstruction of a public offender, for her role in allegedly withholding information about the incident.

During the investigation of an alleged stabbing of a 61-year-old woman last week, NCSO detectives arrested 50-year-old David Metcalf, charging him with various preliminary counts, including attempted murder for the alleged attack on the 2000 block of North Barney Street.

The woman was flown to University Medical Center in Las Vegas with serious injuries as a result of the attack.

Ashmore, the victims sister, allegedly was present during the attack and lied to investigators in an attempt to cover up the alleged crimes carried out by Metcalf, police said.

Ashmore admitted to her role and was arrested on the trio of charges, police said. She is being held on $205,640 bail.

Both have an arraignment hearing in Pahrump Justice Court on Aug. 3. Preliminary hearing for both has been set for Aug. 25.

Detectives are continuing the investigation and are trying to locate several possible witnesses. Anyone with information regarding this case is urged to contact the Nye County Sheriffs Office at 775-751-7000, Det. Sgt. Eisenloffel or Detective Cox (Case# 16NY-2232) or by email at ncso_detectives@co.nye.nv.us