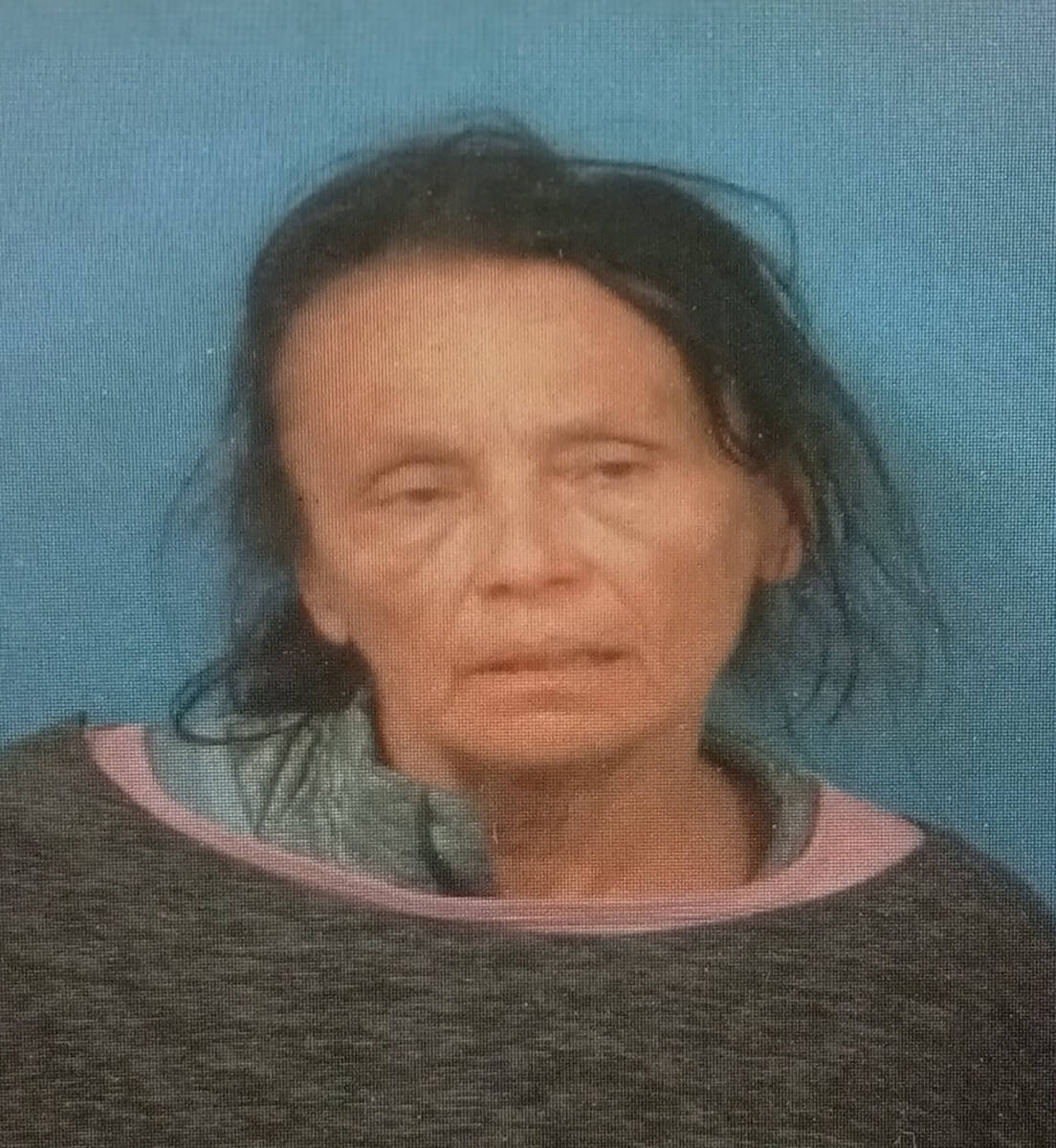 A Pahrump woman was arrested on suspicion of trespassing and a list of other counts over an Oct. 6 incident in Pahrump.

According to a Nye County Sheriff’s Office arrest report, Deputy Breanna Nelson was dispatched to a residence on South Margaret Street for a report of trespassing, just after 10:30 a.m. on Wednesday, Oct. 6.

Upon arrival, Nelson made contact with the suspect, identified as Madeline Kostopoulos, who had previously been trespassed from the same address on Sept. 15.

“I informed Kostopoulos that she was going to jail and Kostopoulos then started backing away from me,” Nelson’s report stated. “I grabbed Kostopoulos’ arm and attempted to place her into custody when she grabbed a hold of the porch railing and would not let go.”

While attempting to put Kostopoulos in handcuffs, the report noted that she continued to resist.

Nelson’s report went on to state that Kostopoulos allegedly committed the crime of trespassing, by being on the property after formally being trespassed.

Kostopoulos, the report also noted, committed the crime of resisting a public officer by grabbing the railing and delaying her arrest.

“Kostopoulos also committed the crime of unlawful acts related to human excrement or bodily fluid, by urinating on my leg,” according to the report. “Kostopoulos was transported to the Nye County Detention Center where she was booked accordingly.”