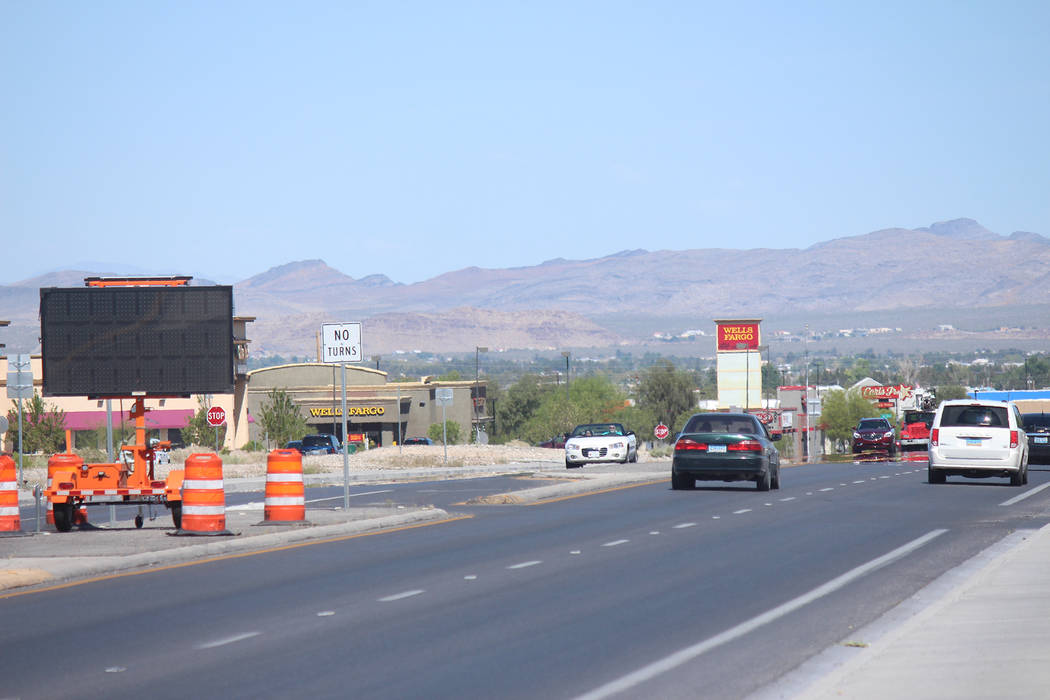 Jeffrey Meehan/Pahrump Valley Times The Nevada Department of Transportation has set up signage just north of Highway 372, along Highway 160, to alert motorists of construction along Highway 160. Crews have been working to install an s-curve center median at Wilson Road/Oxbow Avenue and Highway 160 since May 13. 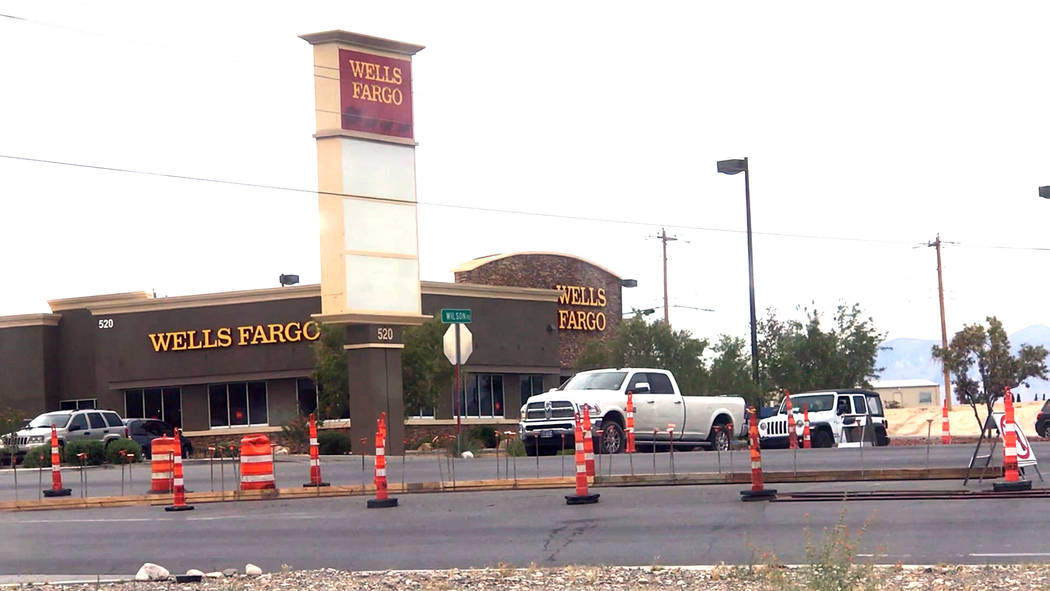 Jeffrey Meehan/Pahrump Valley Times Road construction crews started a project on May 13 to install an S-curve center median at Highway 160 and Oxbow Avenue/Wilson Road. The project is expected to be completed May 23, according to the Nevada Department of Transportation. 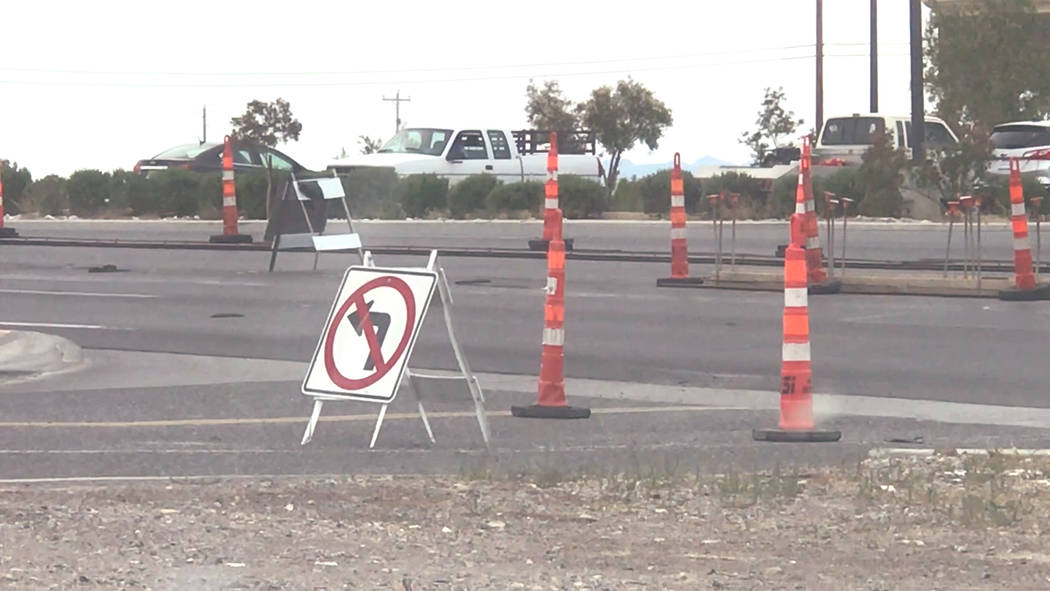 Jeffrey Meehan/Pahrump Valley Times Motorists will no longer be able to turn left onto Highway 160 from Oxbow Avenue/Wilson Road. A construction crew began work on May 13 to install an S-curve center median at the intersection.

Progress is being made on a road construction project just south of Walmart on Nevada Highway 160.

Construction crews began installing an S-curve center median at Highway 160 and Oxbow Avenue/Wilson Road on May 13.

Progress on the project was highly visible just two days after work got underway.

According to Tony Illia, spokesman for the Nevada Department of Transportation, the S-curve project will prevent motorists from making U-turns.

“It prevents dangerous left turns across traffic due to repeated crashes. However, it still allows right turns,” Illia told the Pahrump Valley Times in a May 10 report.

As of Wednesday, motorists were unable to make left turns on Highway 160 from Oxbow Avenue/Wilson Road, where the Carl’s Jr. and the Pahrump branch of Wells Fargo Bank sit.

The more than $93,000 project is expected to come to completion on May 23, according to NDOT.

Las Vegas-based Rowley Contracting Inc. is the general contractor for the S-curve project that involves “miscellaneous lane striping and new directional traffic signage, including two ‘Do Not Enter’” signs and other signage, according to a May 10 report in the Pahrump Valley Times.