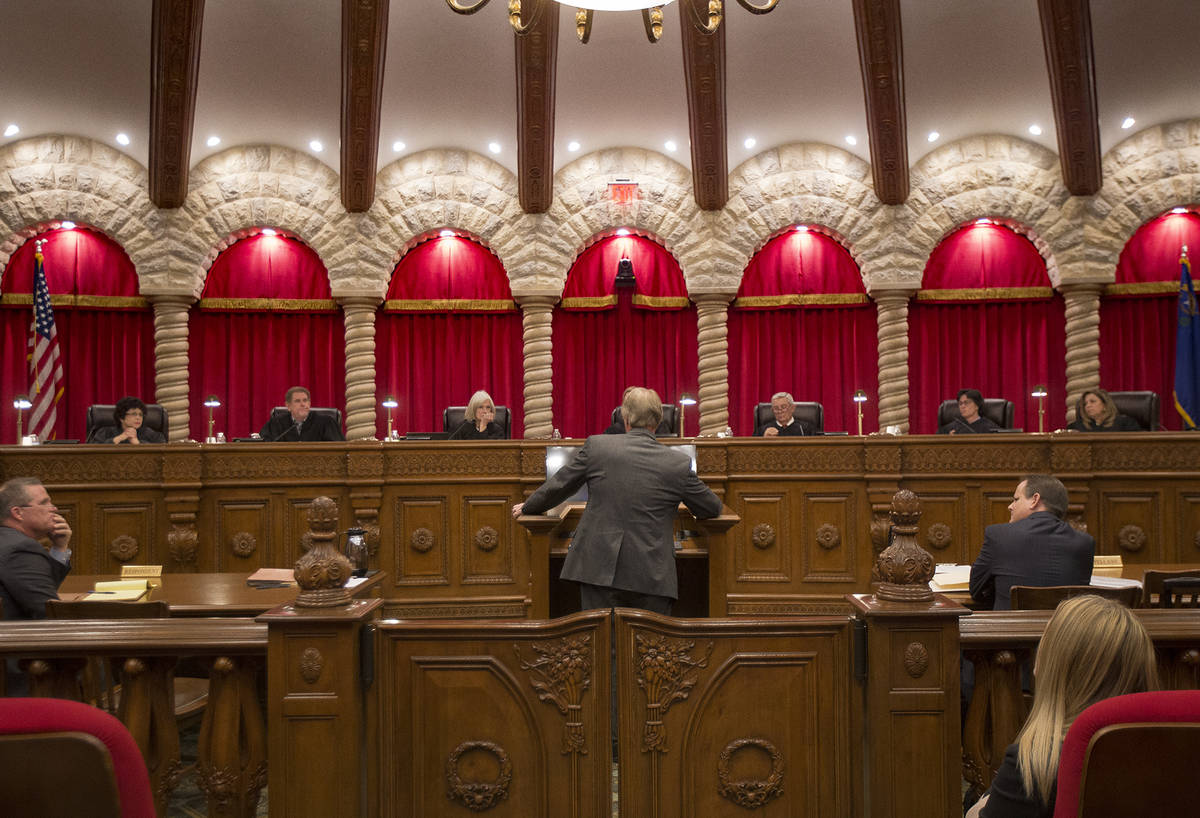 Rachel Aston Las Vegas Review-Journal The Supreme Court of Nevada is the highest court of the Judicial branch. The court’s primary responsibility is to review and rule on appeals from district court cases and determine if legal or procedural errors were committed during the case

The Nevada Supreme Court announced Monday that James Wright has been appointed as the chief marshal for the Nevada Appellate Courts, effective March 1.

Under the general direction of Chief Justice James Hardesty, Wright will be responsible for the management and provision of security services for the justices and judges of the Nevada Appellate Courts, Supreme Court employees, members of the public who access the Supreme Court and the property of the court.

Wright will also develop, review and implement security and operational policies; serve as the primary liaison for the court with federal, state, and local courts and law enforcement agencies; and conduct security, safety and disaster planning activities, including related budget planning, and developing, implementing and training various security and safety policies, protocols and/or procedures for the Supreme Court.

Before joining the courts, Wright was the longest serving director of the Nevada Department of Public Safety. Prior to being appointed as the DPS director in 2013, he served two years as the DPS deputy director. He was also previously the interim chief of the DPS/Emergency Management Division, where he served as the state emergency manager and Gov. Brian Sandoval’s homeland security adviser. In 2006, Wright served as the chief of the DPS/State Fire Marshal Division.

Wright holds a Bachelor of Science in fire administration from Cogswell Polytechnical College and associates degrees in administration of justice and fire sciences. Wright served in the United States Air Force during the Vietnam War.

The Supreme Court of Nevada is the highest court of the Judicial branch.