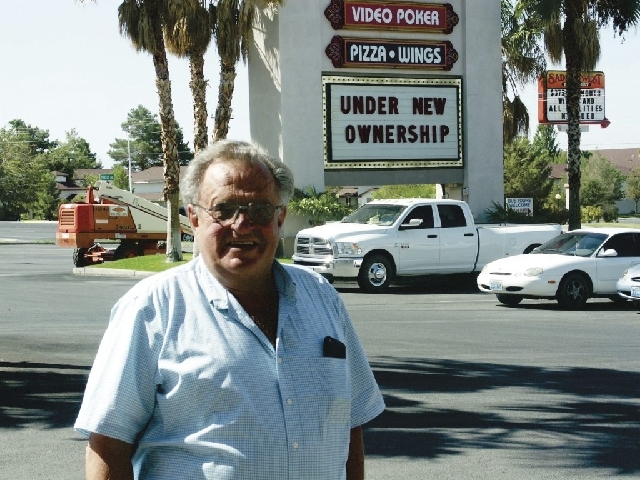 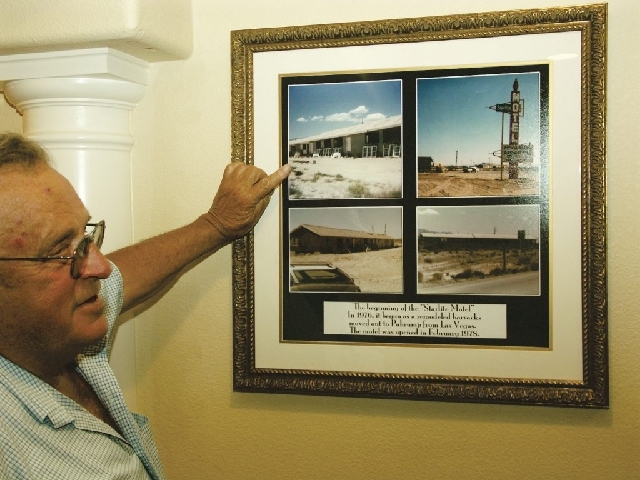 A longtime local hangout was sold this week.

Wulfy’s, the Best Western Motel, Wulfenstein RV Park and car wash located on Highway 160 and owned by Ray Wulfenstein and his family were sold to a California group on Monday.

The new name for the popular sports bar is reportedly going to be “Draft Picks.”

The Wulfenstein name has been a mainstay in the Pahrump community for decades.

Ray Wulfenstein said he decided to sell the businesses in order to retire and enjoy the fruits of his labors.

Though he chose not to disclose the terms of the deal, he said it was time for someone else to take what he started to the next level.

“We started development out here in 1971, and moved here in 1972 with the dream and goal of building an RV park, a motel, and a car wash. We did a lot of subdividing over the years and we’ve accomplished that. Now the new goal is to retire and enjoy it,” he said.

Over the years things were not so rosy for Wulfenstein and his wife of more than 50 years, Irene.

He said that the first couple of years there were times where they were lucky to have one guest staying at the motel.

“When we first opened it, my wife and I would sit up here sometimes till 11 o’ clock at night and close it down without ever renting a room. This was the deadest street in the world, but we just held on. It was a highway and we wanted to live in a rural area and raise our kids. She was with me every step of the way. We chose Pahrump just because we liked it. We moved from Vegas to here in ’72,” he said.

Wulfenstein also described a time where things looked very bleak for he and his family while working as a painting contractor in Las Vegas.

“We were all but broke. I owed the paint company $5,000 and we had no money, period. I bought a piece of land out here from Ron Floyd for no money down and $29 a month. I then bought a used mobile home for $100 down and $75 a month. I didn’t have the $100 so they financed it for $100 a month for four months. I missed the first three payments and they came to repossess on a rainy night. I eventually got the money and was able to make good on it. That is a true story,” he recalled.

Wulfenstein didn’t sell the Pahrump Station complex on a whim, rather he said, it was several years in the making when the right people came along at the right time.

“I was never really in a hurry, but finally one day these guys came along several months ago and just fell in love with the property. We took our time and worked the details out and now both sides are tickled to death. They are going to use the name “Pahrump Station” for a year just to use up all the stationery, letterheads, and stuff like that. It’s time for this property to be brought to the next level. It’s a resort property run on a motel budget,” he said.

CRU Management from Costa Mesa, Calif., is the new owner of the businesses, according to Wulfenstein.

CRU’s principal partner, Chirag Patel, has more than 15 years experience as an owner, operator and manager of businesses in the hotel/motel and retail industries, and over seven years experience in residential real estate as a licensed Realtor.

Patel on Wednesday said Pahrump was a very attractive market to the group because of its proximity to tourist destinations and sheer potential.

“We liked this location and we think it will be a fun and attractive project. The former owner, Ray Wulfenstein, I think did a fantastic job in building this place with the different businesses like the RV Park, the Best Western and the car wash. It’s a fun project and not your typical one-business property. There is a lot of growth potential in Pahrump and this is a good asset to have in the town. It’s very stable and has a long history of operating well,” he said.

Patel noted that Draft Picks will retain its sports bar motif, but he said customers can expect a few changes on the motel side in the weeks and months to come.

“As the economy continues to improve, we have thoughts over the next several years to possibly expand and add more rooms if there’s enough land for it. These things will all play out as time goes on and the economy rebounds. We like the name Best Western and that was one of the drawing points. It has a strong name recognition, not just nationally, but globally.

“In smaller towns throughout America, it has a very good following. As far as Wulfy’s goes, part of the sale involves us having to change the name to Draft Picks. We are going to keep a lot of the things that made Wulfy’s so popular but at the same time we are going to add a few more items and see if we can bring in a little fresher menu,” he said.

Patel, along with his colleagues were in Pahrump on Monday to finalize the deal and wanted to assure that the 40-plus employees working at the complex will not have to worry about their future with the new owners.

“We had a meeting with the entire staff and we decided that we are going to keep everyone. We really liked the staff and that was another reason we were attracted to the property. It’s a good strong and stable staff. We like those kinds of deals because it’s easy to manage and get along,” he said.

Wulfy’s and Best Western General Manager Lorraine Harper said there was a bit of concern among the employees at the complex when the changeover was announced, but all of those concerns have been addressed and the staff is looking forward to working with the new owners.

“The new owners were very impressed with what they saw in our staff and the level of service that is extended. They liked how the staff interacted with the guests and customers. Everyone has been rehired with the new company. They are a progressive company and they’re in tune with the latest and greatest technology and I think they are going to blend really well with our community,” she said.

Wulfenstein, meanwhile, said he and his family will maintain a number of other business ventures in the community.

“We are going to keep all of the other businesses. The construction company will remain in the hands of my son and grandson. We are keeping the shopping center across the street where the laundromat is and we still have a lot of real estate to develop when the real estate market comes back, but right now we are just going to retire,” he said.

The business owner also wanted to let the community know that he and his wife are not cutting their ties to Pahrump or the Silver State.

Wulfenstein said the large unoccupied building adjacent to Wulfy’s was at one time going to be a casino.

Patel noted that there are many options for the space and only time will tell what the group plans to do with it. Gaming inside Wulfy’s has been suspended temporarily pending a licensing hearing by the state’s Gaming Control Board and approval by the Gaming Commission.

“We are going to look long and hard over the next few months about what makes the most sense. One major driving force is what is going to help the community. What is going to make sense there? And what is going to continue to drive the economy. I will say that a movie theatre is one of the options that we are looking at,” he said.

Patel also said that the group plans to have a grand opening once everything has officially been changed over.

“We usually like to do that after any remodeling that we plan to do. We are going to do some remodeling at Draft Picks. We are going to turn it into a real sports bar with more TVs and things of that nature. We are also going to do some dressing up to the hotel. Once all of that is complete, we will stage a grand opening so that people can see the new product and not the before picture,” he said.