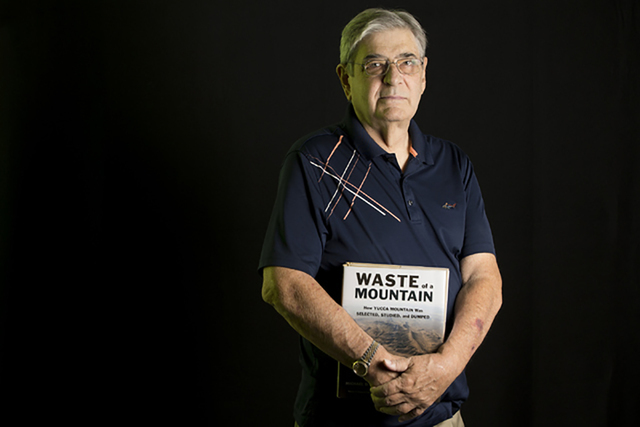 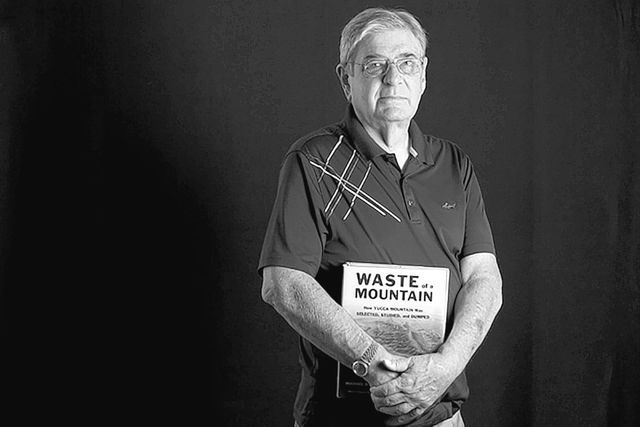 Yucca Mountain project history told from the inside

The former chief scientist of the Yucca Mountain Project has released a two-volume, 920-page book on the history of the project.

Dr. Michael Voegele, a 30-plus year resident of Southern Nevada, along with co-author Donald Vieth, recently released Waste of a Mountain: How Yucca Mountain was Selected, Studied, and Dumped through Nye County Press.

Voegele said the books cover the history of the United States high-level radioactive waste program, while focusing on particular details of the overall Yucca Mountain project.

The book also covers the background of the creation of the radioactive waste, and the national search for repository sites prior to 1980.

The book comes as the issue of Yucca Mountain and radioactive waste storage is still being discussed. On Thursday, a U.S. House Energy and Commerce Committee meeting was held to re-examine the decades-long issue.

Theres enough going on right now that one might want to consider reviewing again what went on at Yucca Mountain, he said. I started this at the same time the program was getting shut down in 2010 or 2011. I didnt know how long it was going to be shut down.

As the former chief scientist of the project, Voegele cautioned readers that the book is not a pro-Yucca Mountain vision.

We wrote this for people who are working with the program and dont have the experience, he said. Don and I were both in the program back in the 1970s, and we wrote this book to be objective and to me thats one of the most important things. Its meant to be factual and it is meant to be a history of Yucca Mountain geared toward congressional staffers.

Though Voegele did not say whether he fully supports the project, he did say that his research revealed the site is a suitable location to store the nations highly radioactive waste.

We now have evidence that Yucca Mountain is a good site and lets move forward on it, he said. The department of energy picked Yucca Mountain and their argument is that we have waste building up in a lot of communities around the United States.

Voegele also spoke about the decades of resistance on the part of various lawmakers in Nevada who are opposed to the site becoming the nations radioactive-waste dumping ground.

Efforts made during the 2008 presidential election resulted in the dismantlement of the program by the fall of 2010, according Voegele.

Harry Reid has been really strong on stopping this, but he didnt stop it by changing the law, he stopped it by not letting the administration fund the project. With Harry Reid leaving office next year, many people believe that Yucca Mountain will get a fair hearing. There are a lot of other congressmen who think Yucca Mountain is going to move forward. Reid was in a uniquely powerful position as the Senate Majority Leader.

This weeks House Energy and Commerce Committee hearing on the project, entitled, Federal, State and Local Agreements and Economic Benefits for Spent Nuclear Fuel will examine the historical issues associated with benefits and administrative costs, as authorized by the Nuclear Waste Policy Act.

Voegele said Nevadans could benefit if the site was operational.

There are a lot of benefits for Nevada if Yucca Mountain is brought back, he said. The roads, the water and the land. Why cant that be on the table and why cant there be a role for Nevada in the oversight for whatever is done here? Why cant there be new roads and highways built? They can build us a new highway and give us some compensation for taking this in.

Whether lawmakers agree to open the site, Voegele mentioned two elements that require much scrutiny.

According to their respective bios, Voegele, with degrees in engineering and geology, worked on the nations high-level waste program for more than 35 years and began full-time work on the Yucca Mountain project following passage of the Nuclear Waste Policy Act of 1982.

Vieth, who has his doctorate in metallurgical engineering, began his 33-year career in the federal government as a bench scientist with the Bureau of Standards in 1963.

In 1982 he moved to the Nevada Operations Office to manage the evaluation of the Yucca Mountain site and was promoted to manage and oversee the environment, safety, and health program for the actions at the Nevada Test Site in 1987.