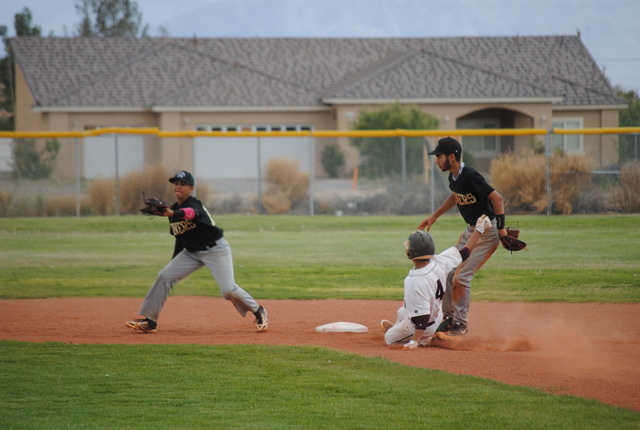 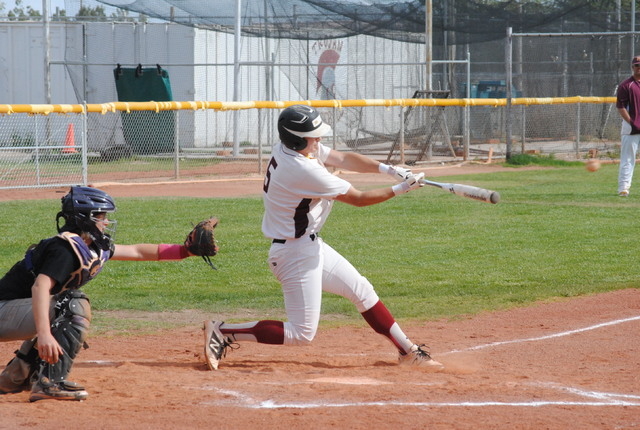 The Trojans baseball team has a two-game winning streak going into the Clark game, which is today at 3:30 p.m. The team has scored 22 runs in their last two home games against Sunrise Mountain (2-12 overall, 0-8 Sunrise League) and Western (1-12, 0-8 Sunset League).

Trojans coach Brian Hayes hopes his team has enough momentum to beat the Chargers (10-11, 4-4) on the road.

For Pahrump Valley, this is a huge game.

“If we beat Clark, then we control our own destiny for the remainder of the season,” Hayes said. “If we then beat Cheyenne and Mojave, we would be the fourth seed, and if we can then beat Sierra Vista, we could even push for a third seed.”

Clark and the Trojans have the same record in league but because Clark beat Pahrump in their first meeting, if the season were to end today, Clark would have the fourth place seed for the playoffs.

The Chargers beat Pahrump Valley in their last meeting, but the game was a one-run game until the last two innings where Clark exploded for 10 runs.

Hayes believes his team is the better team.

“Clark is much improved, but we feel that if we play to our potential, we are better,” he said. “Our pitching is superior to theirs, and I think we have the edge both offensively and defensively as well.”

The Trojans’ hitting has been great with their top hitters all hitting. As a team they had 21 hits in the last two games. Parker Hart led the team with six hits in two games and Garrett Lucas was next in line with 4 hits. Hart hit 3 doubles, 1 triple, Lucas had 2 doubles and Kevin Finkler hit a double.

“We made a few adjustments to the lineup to get some guys going and it seemed to have worked,” Hayes said. “Parker Hart, Garrett Lucas, Willie Lucas and Drew Walker have been hitting the ball very well. We still need better production from the bottom of the order.”