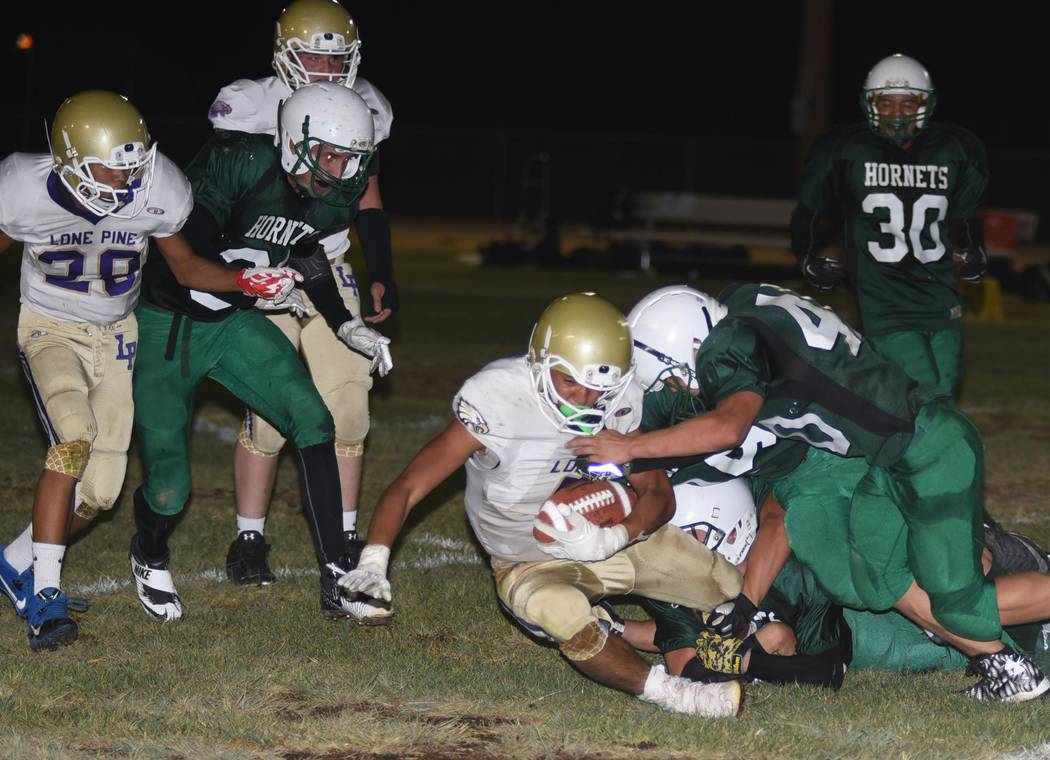 Richard Stephens/Pahrump Valley Times Lone Pine has been a long time opponent of Beatty. Last year’s game is seen above in Beatty. This year the Hornets won on the road at Lone Pine, 36-8.

Beatty football won their opening game of the season. The Hornets traveled to Lone Pine (California) and beat them 36-8.

Beatty has a young team made up of juniors and sophomores this year, but Beatty coach Leo Verzilli said his team was quick.

“It was a good first game competition-wise and effort-wise,” Beatty football coach Leo Verzilli said. “I saw a lot of good things and some things we need to work on.”

He said on offense, junior quarterback Jacob Henry completed six of seven passes for 60 yards and rushed for 44 yards. Sophomore running back Fabian Perez ran for 158 yards on 16 carries.

With the success comes the bad.

“We made a lot of first-game mistakes,” the coach said. “Our backs and linemen missed assignments and we can fix that. What I was really pleased with was their effort and commitment to playing all four quarters. We have a lot of kids going both ways so their effort to do well on both sides of the ball was impressive. Another thing was our subs, when they got their chance to get in, they performed well.”