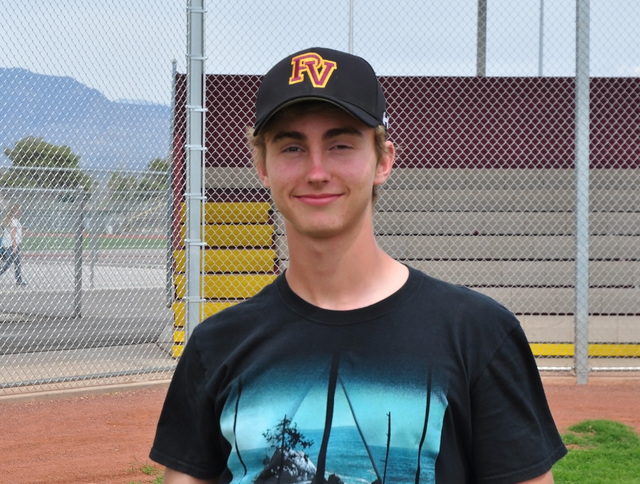 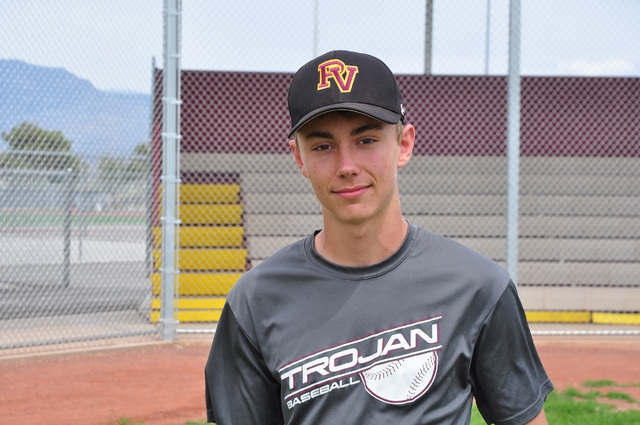 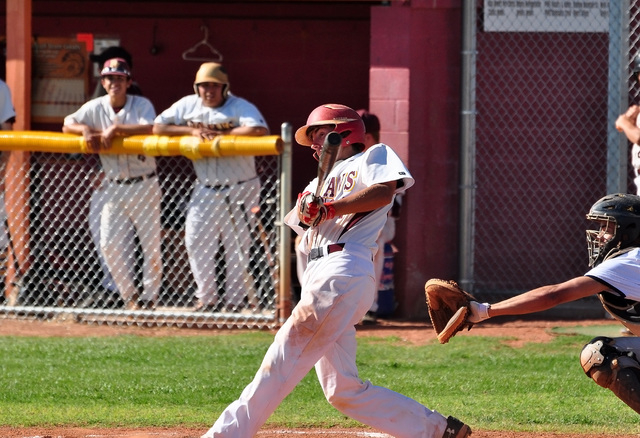 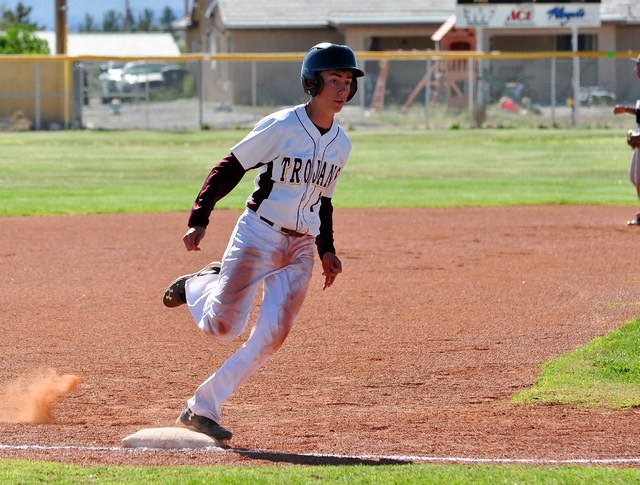 The Trojans baseball team is composed of youthful ball players this year and their spirit is exemplified by the Lucas brothers, Garrett and Willie.

The older brother is Garrett, a sophomore and the younger one is Willie, a freshman and together they make up the heart of the Pahrump lineup, with Willie batting fifth and Garrett batting third. On defense, Garrett pitches and his brother is the team catcher.

Normally freshman and sophomores rarely get to contribute to a varsity high school team, but because these boys can play ball they are starting.

“We feel blessed to have both Garrett and Willie in our program for the next two and three years,” the coach said. “Both have a lot of talent and show a true passion for the game.”

The two brothers both have unique talents that Hayes wanted on his team.

“Garrett throws four good pitches for strikes, and when he gains some more velocity on his fastball he will be special,” Hayes said. “Willie is starting as a freshman and is already one of our best hitters. He hasn’t even touched the surface of his potential yet.”

Hayes says he attributes their talent to the support of their parents.

“I know a lot of that drive comes from their parents,” the coach said. “They have those boys doing a lot of different things outside of practice on their own, which is a large reason for their success and talent. The best thing about both of the Lucas boys is that they are coachable. Next to talent, work ethic and coachability are all defining factors in the success of any athlete.”

Willie has been playing the game for 10 years and feels he loves the game of baseball.

“I have grown to love it,” he said. “It’s a mental game that makes me work hard to get better at it.”

He said his parents push them and then Garrett Lucas chimed in, “But not too hard. They will talk to us during the game but it’s appreciated.”

Willie said he and his brother are competitive but not really in baseball.

“My brother and I are competitive when it comes to getting hits and that’s it, and we work together to make each other better,” Willie Lucas said.

“Because he is older, I really feel I don’t have to prove myself to him or to my family.”

Garrett feels in baseball they are a good team.

“We work well together in baseball, but we will fight each other in other sports,” Garrett Lucas said. “But Willie does know what I am thinking when I am on the mound and he is catching me. Most of the time we are usually on the same wave-length.”

Willie Lucas said he knows when to call for the change-up.

“The change-up is his best pitch,” he said.

When Garrett is on the mound he does find himself looking to his brother for support.

“We talk when things go bad,” Garrett Lucas said. “We talk signs and there really is no big conflict. We don’t hold grudges.”

They are like that because they feel their parents brought them up well.

“Yeah, we have no secrets and we have no problems sharing,” Garrett Lucas said.

Garrett said he also likes the mental focus of the game.

“I hope to take my baseball to the next level in college and maybe learn to make prosthetic limbs to help veterans.”

Willie wouldn’t mind playing ball in college either. “I want to go to college to be a vet because I love animals,” Willie Lucas said.

The two are also accomplished musicians and both play the bass guitar. They play in a band called Tower of Cards, which is managed by their mother, Callie Lucas.

Tower of Cards was one of a few bands chosen out of a pool of roughly 4,000 applicant bands to play onstage. The band played at the House of Blues last year in April.

But when the brothers were asked which they loved more, music or baseball, they replied baseball. So for now, Hayes has two good brothers playing for him.