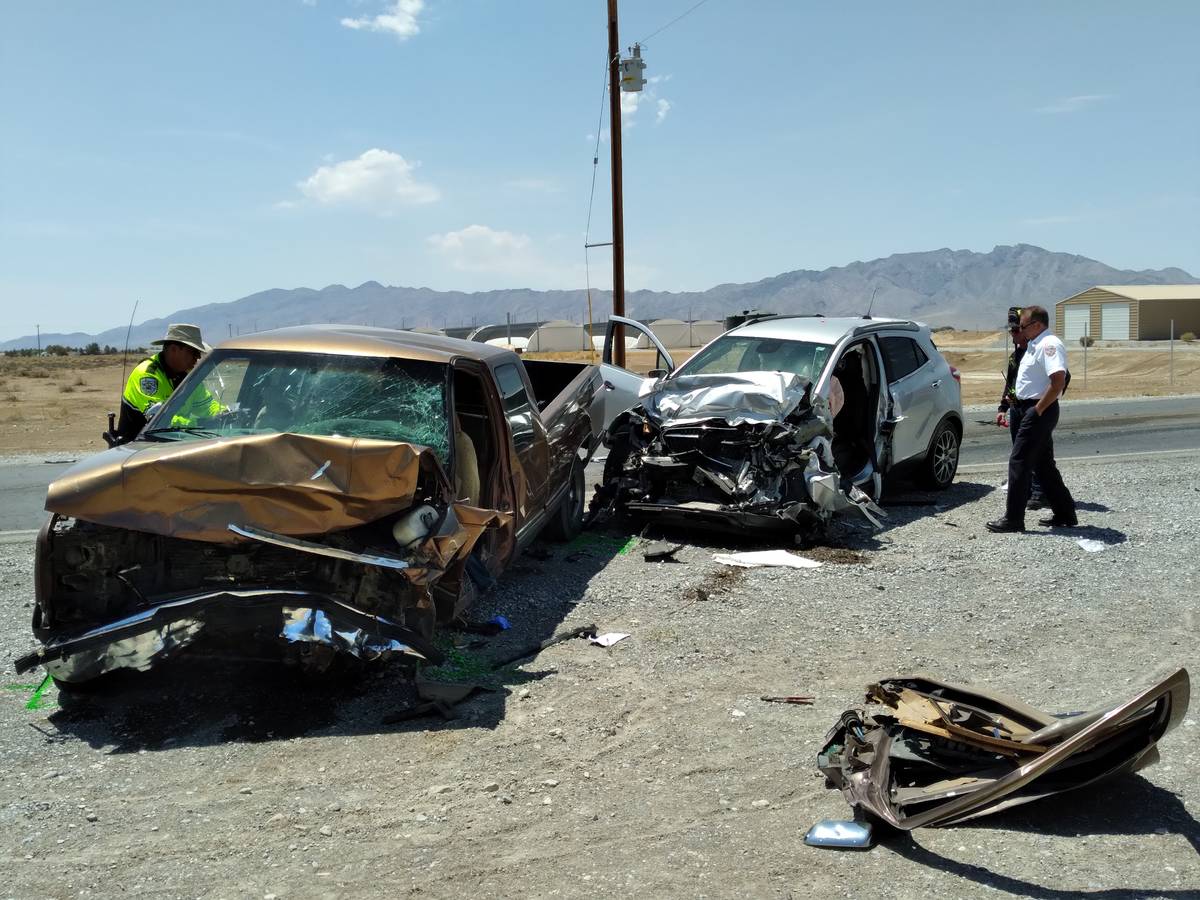 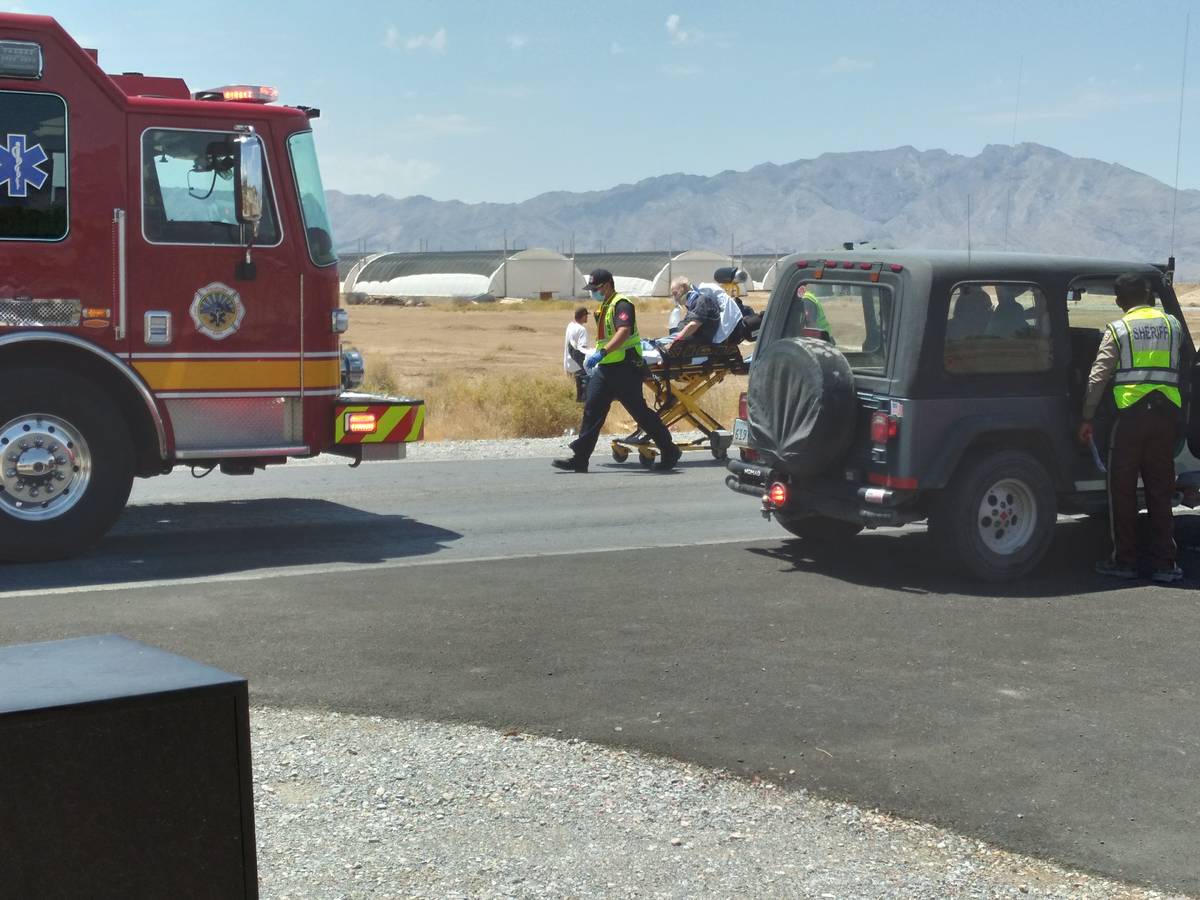 Selwyn Harris/Pahrump Valley Times Two people were transported by air to UMC Trauma following a two-vehicle collision in Pahrump on Tuesday, July 20. The crash occurred along the 1000 block of Charleston Park Avenue. 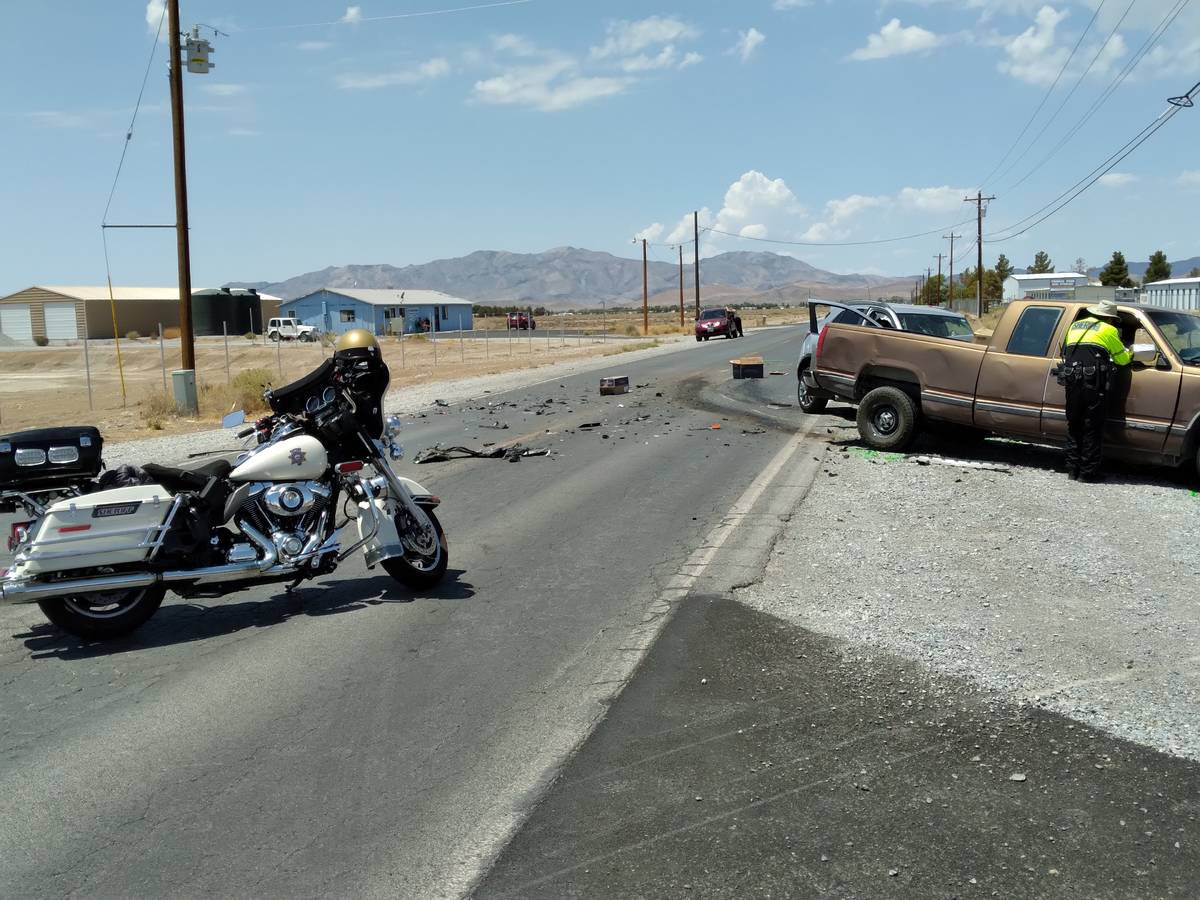 Selwyn Harris/Pahrump Valley Times Two people were transported by air to UMC Trauma following a two-vehicle collision in Pahrump on Tuesday, July 20. The crash occurred along the 1000 block of Charleston Park Avenue.

One person has died following a two-vehicle collision along the 1000 block of Charleston Park Avenue on Tuesday, July 20.

“Crews arrived to confirm the accident as described,” Lewis said. “A quick scene size-up revealed no additional scene hazards, except for a large debris field. Unfortunately, we had two drivers that were both mechanically entrapped. They also displayed critical injuries, and based on those reports and first-hand information, we added two Mercy airships to the assignment, utilizing Base-21 as the landing zone.”

Lewis went on to say that once both of the patients were quickly extricated, two medical units transported the pair to the Mercy Air Base where patient care was transferred.

The medical condition of the second driver is unknown.

The Nye County Sheriff’s Office is investigating the exact cause of the collision.