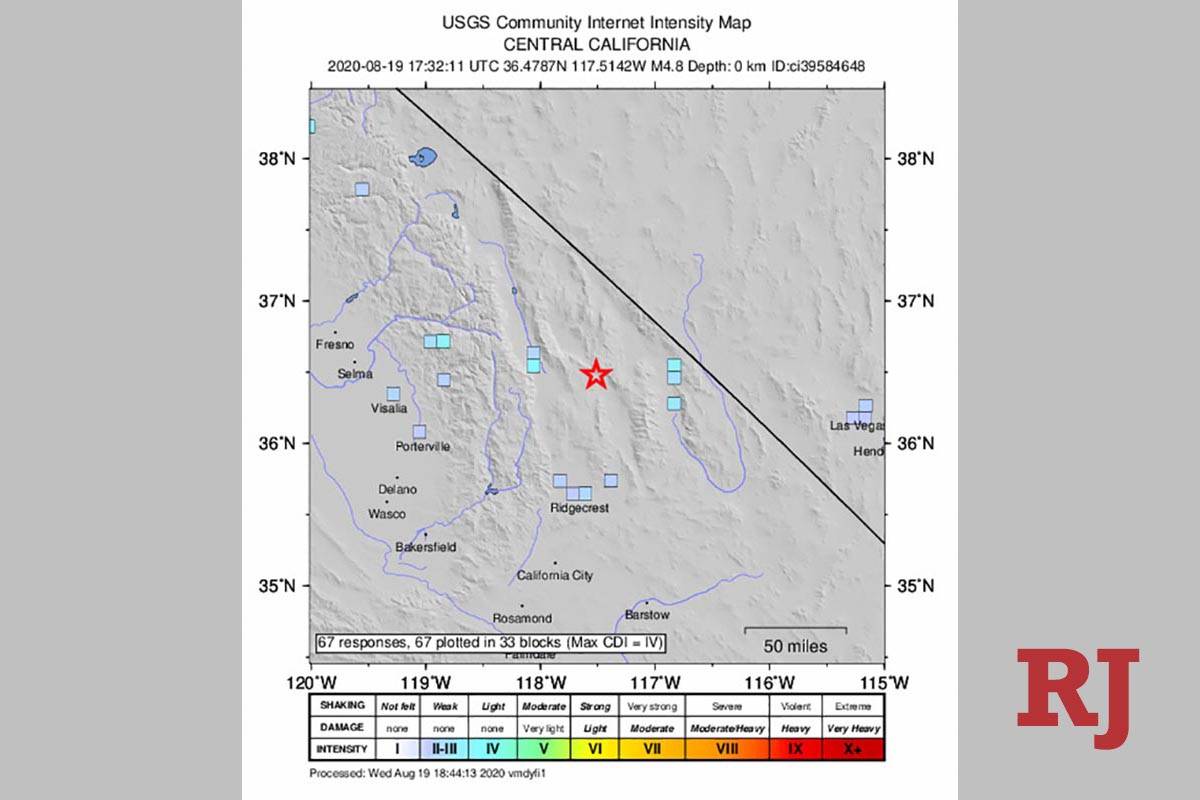 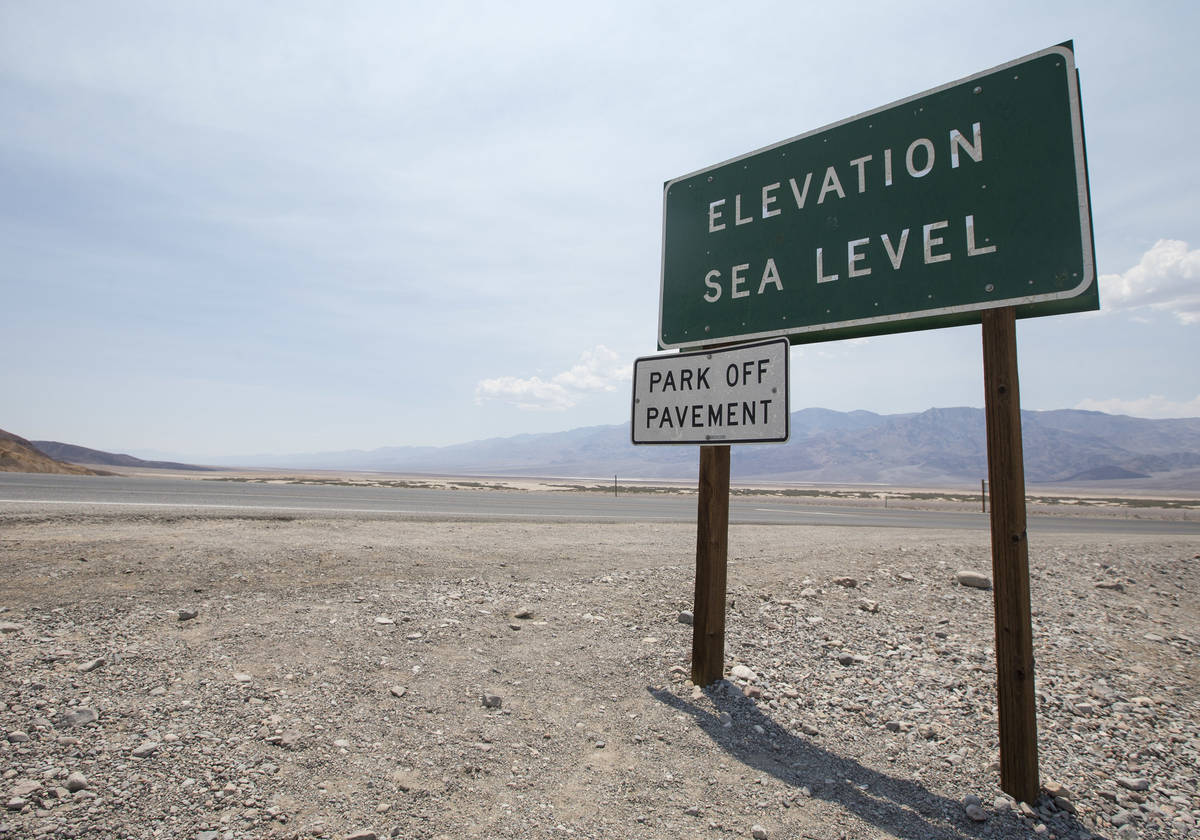 Richard Brian Las Vegas Review-Journal A sign marking sea level is seen on the side near the Inn at Furnace Creek in Death Valley National Park, Calif., on Thursday, July 26, 2018.

Death Valley National Park was rattled by multiple earthquakes on Wednesday, with the largest being a 4.8 magnitude temblor. The park service reported no damage to park buildings or roads.

The initial 4.8 magnitude quake struck at 10:32 a.m. within the park boundaries in the Panamint Valley. The epicenter was approximately 22 miles west of Stovepipe Wells, with park rangers in Furnace Creek reporting minor trembles, according to a press release from Death Valley National Park.

Crews are continuing to monitor for damage in the area, according to the park service.

More can be found at https://earthquake.usgs.gov/earthquakes/map/

This isn’t the only natural occurrence of note to hit Death Valley in recent days. On Aug. 17, a record 130 degree temperature was recorded at Furnace Creek with record-setting temperatures continuing in the last week.

Death Valley National Park, which stretches across 3.4 million acres, receives about 1.7 million visitors, including from Nevada, and beyond, annually.