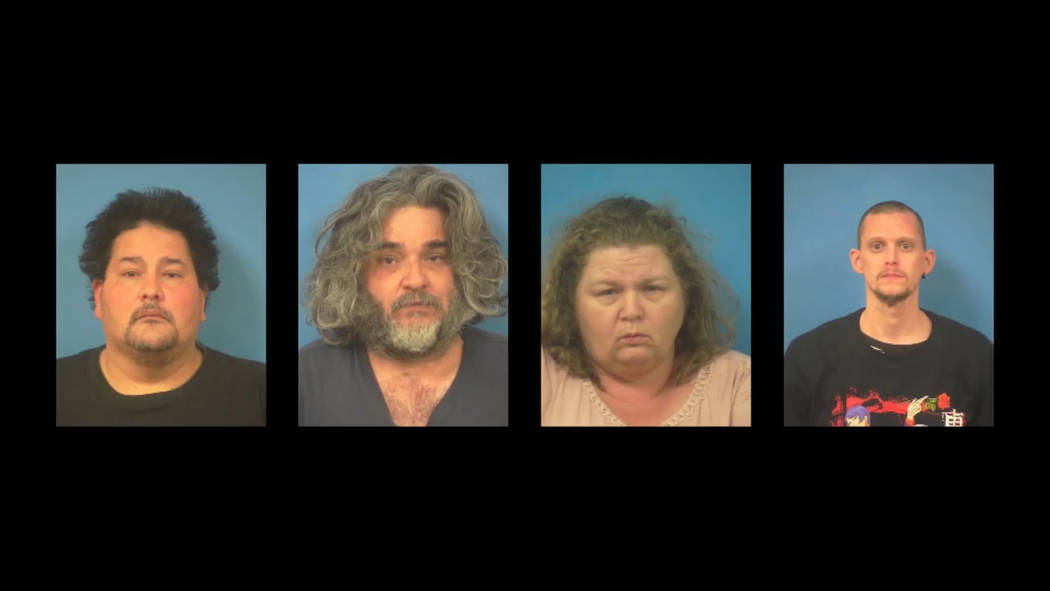 Courtesy Screenshot of Nye County Sheriff's Office's video statement on four suspects arrested on suspicion of sexual crimes against children and animals. The arrests follow an in-depth investigation by the sheriff's office. 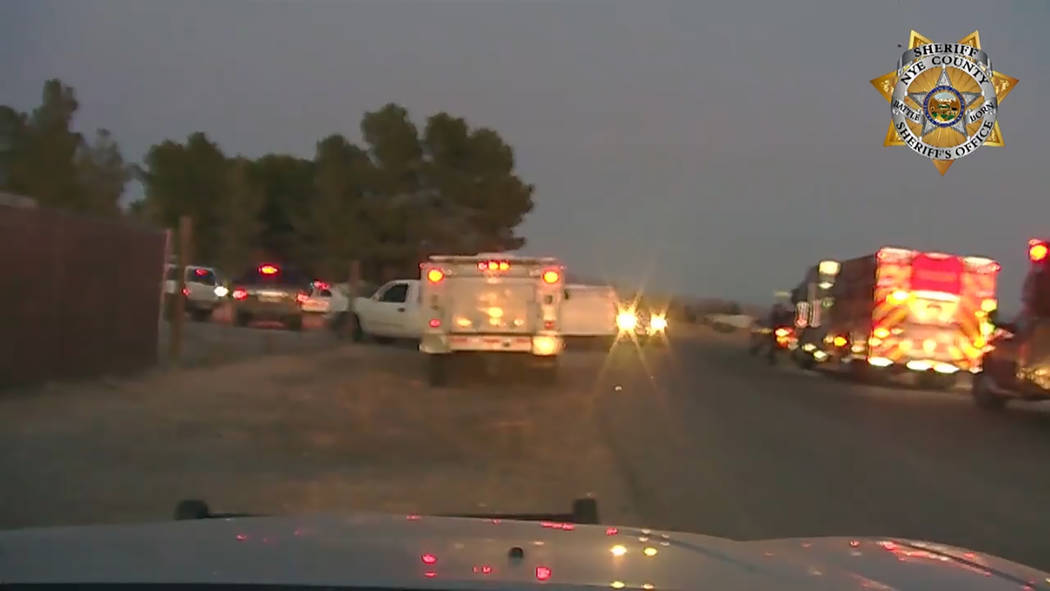 Courtesy A screenshot of dash cam footage from the Nye County Sheriff's Office just before a search warrant was served on a Pahrump residence, where four people were arrested on suspicion of multiple child sex crimes. The four Pahrump residents were taken into custody on Feb. 5 and booked into the Nye County Detention Center on Feb. 6.

The Nye County District Attorney’s Office has charged four Pahrump residents over a string of allegations that include child sexual assault, incest and bestiality, along with other charges.

“I am horrified beyond words by these allegations,” Nye County District Attorney Chris Arabia said in a written statement. “My office has built on the good work by the sheriff’s office in this case, and we now have filed a 21-count criminal complaint against the four defendants, including 16 counts that carry a penalty of life imprisonment upon conviction.”

In a video statement on Saturday, the Nye County Sheriff’s Office announced the names of four suspects who were arrested on charges of multiple child sex crimes during the execution of a search warrant at a Pahrump residence on Feb. 5.

The names released included Eric Garcia, 39; Mickey Cagle, 30; Danny Hicks, 50; and Vicki Bachli, 49. All are being accused of a range of crimes, including sexual assault and lewdness with a minor under the age of 14 to bestiality.

Operations Sgt. Ann Horak said in a video statement from the sheriff’s office that all four suspects were arrested and booked into the Nye County Detention Center.

The sheriff’s office partnered with the Department of Family Services on Jan. 17 and “opened an investigation of child sexual abuse involving multiple juveniles within a home in Pahrump,” according to the video statement from the sheriff’s office.

“It was reported that the children were given alcohol that made them sick, and that they were sexually abused by all suspects on multiple occasions,” Horak said in the sheriff’s office video release. “The victims were able to describe in detail numerous acts involving all of the suspects. Some of the victims’ reported abuse included acts of bestiality.”

Bachli is facing two counts of sexual assault on a child under 14 and two counts of incest, with all four charges carrying a life sentence, if she’s convicted, according to the district attorney’s office.

Cagle and Hicks and Garcia are also facing charges by the district attorney’s office in Nye County that carry a life sentence.

“We will continue working on this case for as long as it takes,” Arabia said in statement. “If that eventually leads to more charges, we will be ready.”

The formal arraignment for all four Pahrump residents is set for Feb. 12 at 8 a.m. in Pahrump Justice Court.