More than 45 million grasshoppers were drawn to the bright city lights of Las Vegas in the summer of 2019, according to a study published Wednesday. (Las Vegas Review-Journal)
By Katelyn Newberg Special to the Pahrump Valley Times
April 2, 2021 - 12:39 pm 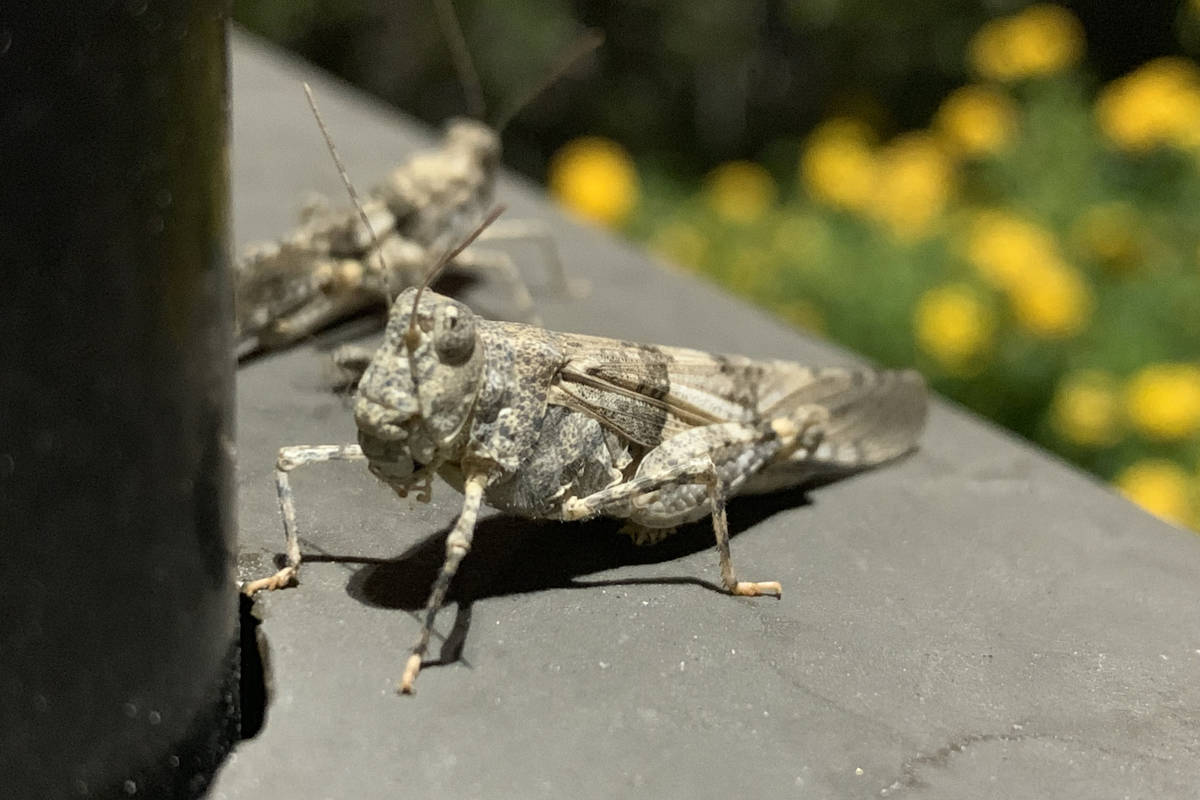 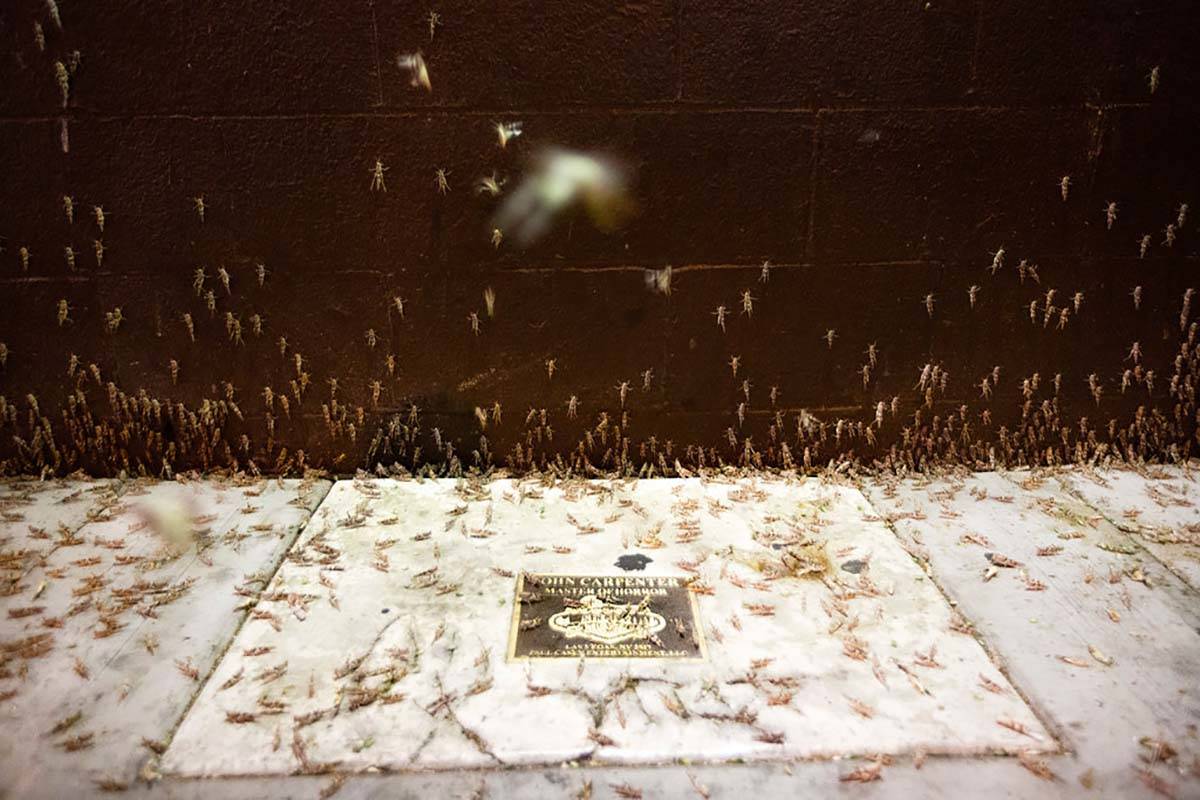 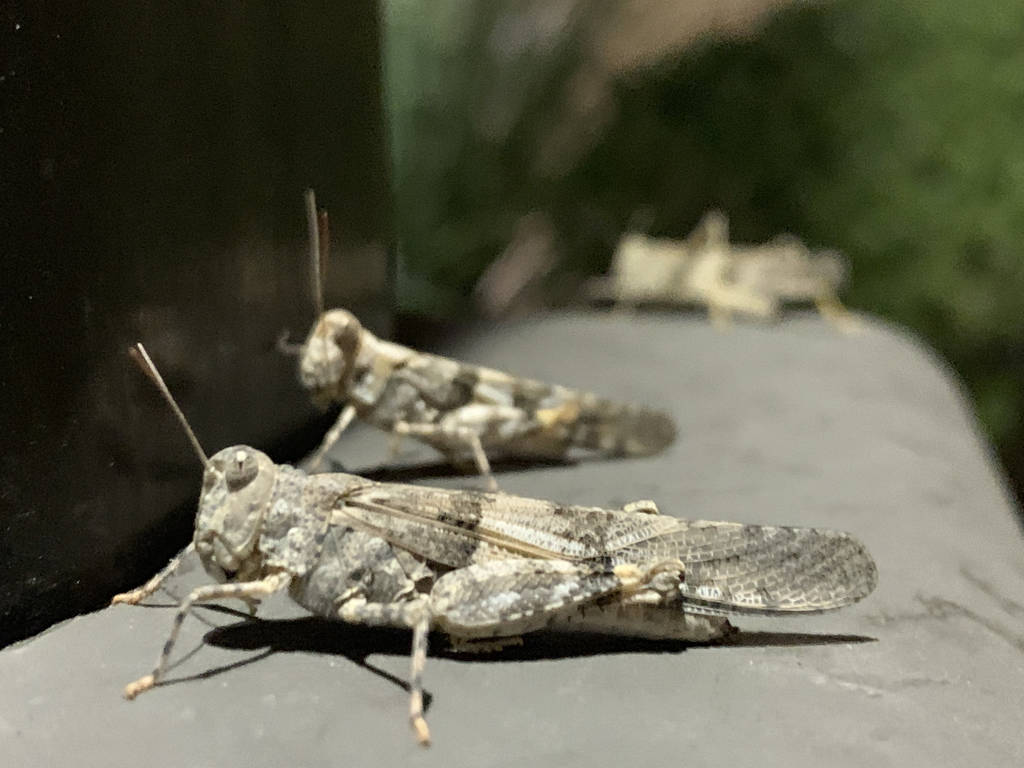 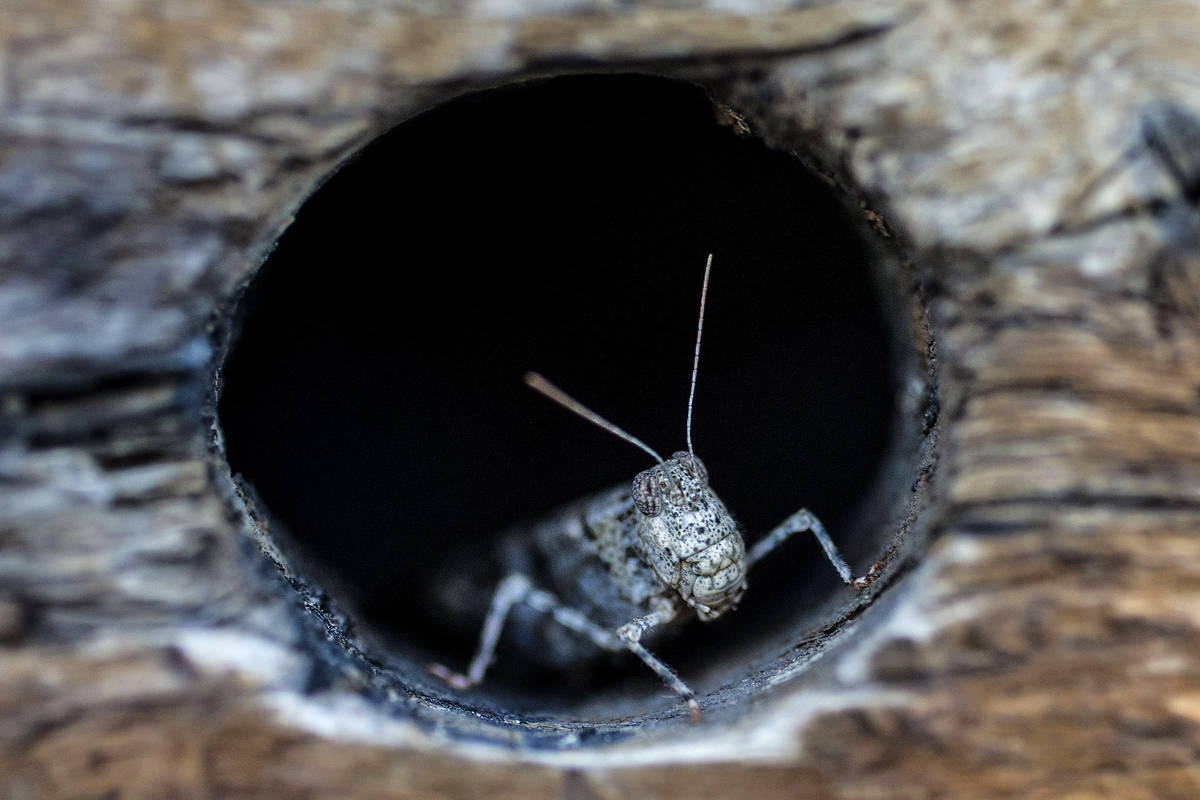 A grasshopper rests on a wall outside California Pizza Kitchen in downtown Summerlin on Thursday, July 25, 2019, in Las Vegas. Hager won best feature photo for this photo in the Nevada Press Foundation Awards of Excellence. (Benjamin Hager/Las Vegas Review-Journal ) 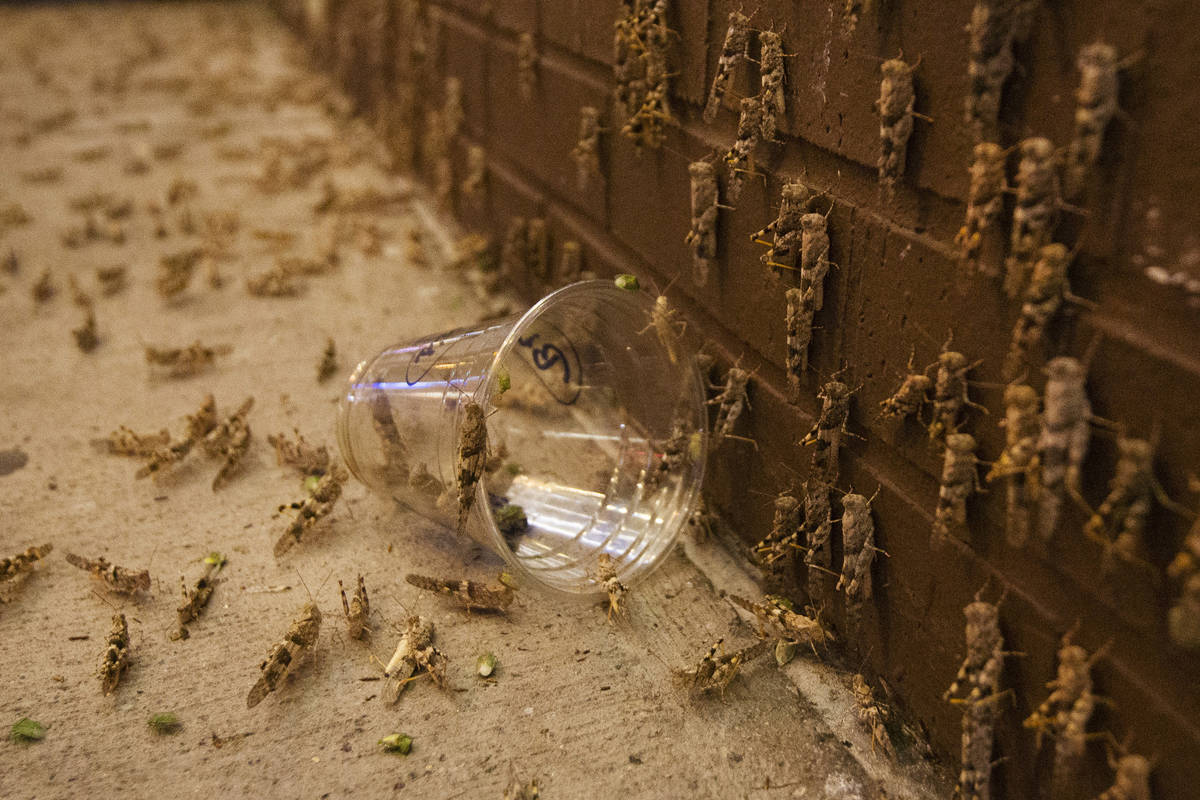 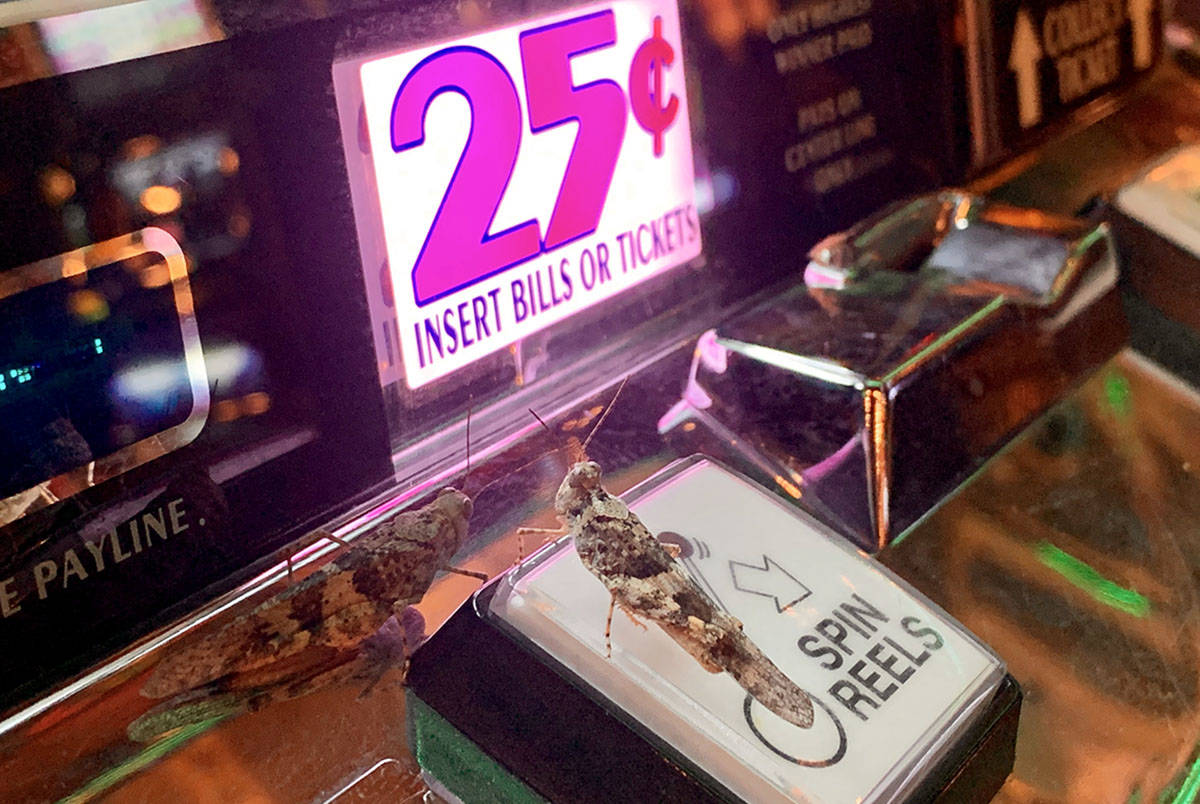 At the peak of the great Las Vegas grasshopper infestation of 2019, bright city lights drew more than 45 million of the insects into the valley, according to a study published Wednesday.

Elske Tielens, a postdoctoral research fellow at the University of Oklahoma and lead author of the research published in the Biology Letters journal, a primarily online peer-reviewed publication, said it was the first of its kind to look at the effects of a large-scale source of artificial light, such as the night-time glow of Las Vegas, on insect movement.

“What we’re looking at is the scale of an entire city and an entire landscape, and understanding how these insects are really interacting with the landscape,” Tielens said.

Tielens’ team found that during the day, the grasshoppers would stay in vegetated habitats on the outskirts of the Las Vegas Valley, and then descend on the city when the lights came on at dusk.

The swarming grasshoppers appeared in the Las Vegas Valley during the summer of 2019, prompting viral videos and coverage from major news organizations. Pictures and videos captured the insects clumped in street lights, parking lots and in the Luxor’s skyward spotlight.

The state Department of Agriculture said at the time that the influx of the winged insects was probably caused by an unseasonably wet winter and spring, which prompted the insects to travel to the Las Vegas Valley from northern Arizona and Laughlin.

The research team used weather surveillance radar images from the National Oceanic and Atmospheric Administration to measure the grasshopper swarms, which lasted from June through mid-August.

Understanding how a city’s artificial light affects insect movements is important to measuring humans’ environmental impacts, the study said. Tielens said a next step for researchers is to quantify how the insects were affected by being attracted to the city lights.

“We hypothesize that this is probably a bad thing for the grasshoppers, if they get drawn into the city and a lot of them die there,” she said.