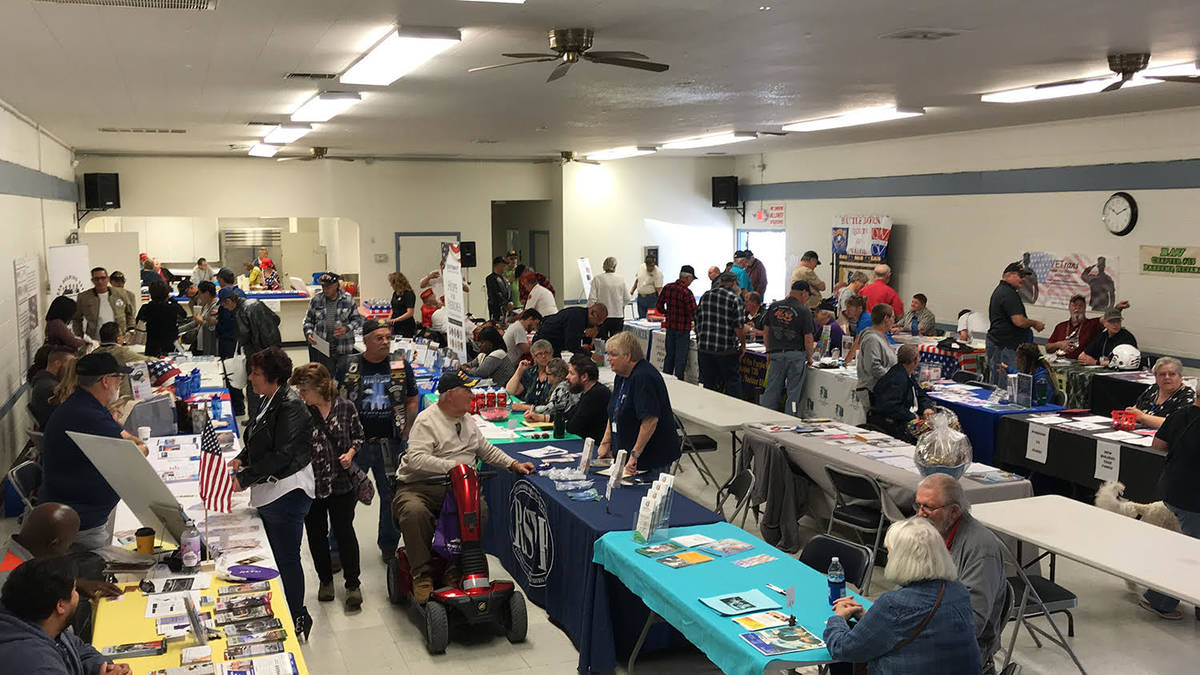 Robin Hebrock/Pahrump Valley Times The Bob Ruud Community Center was packed on Friday, March 6 during the 4th Annual Veterans Extravaganza, an event that attracted more than 150 veterans and dozens of their family members. 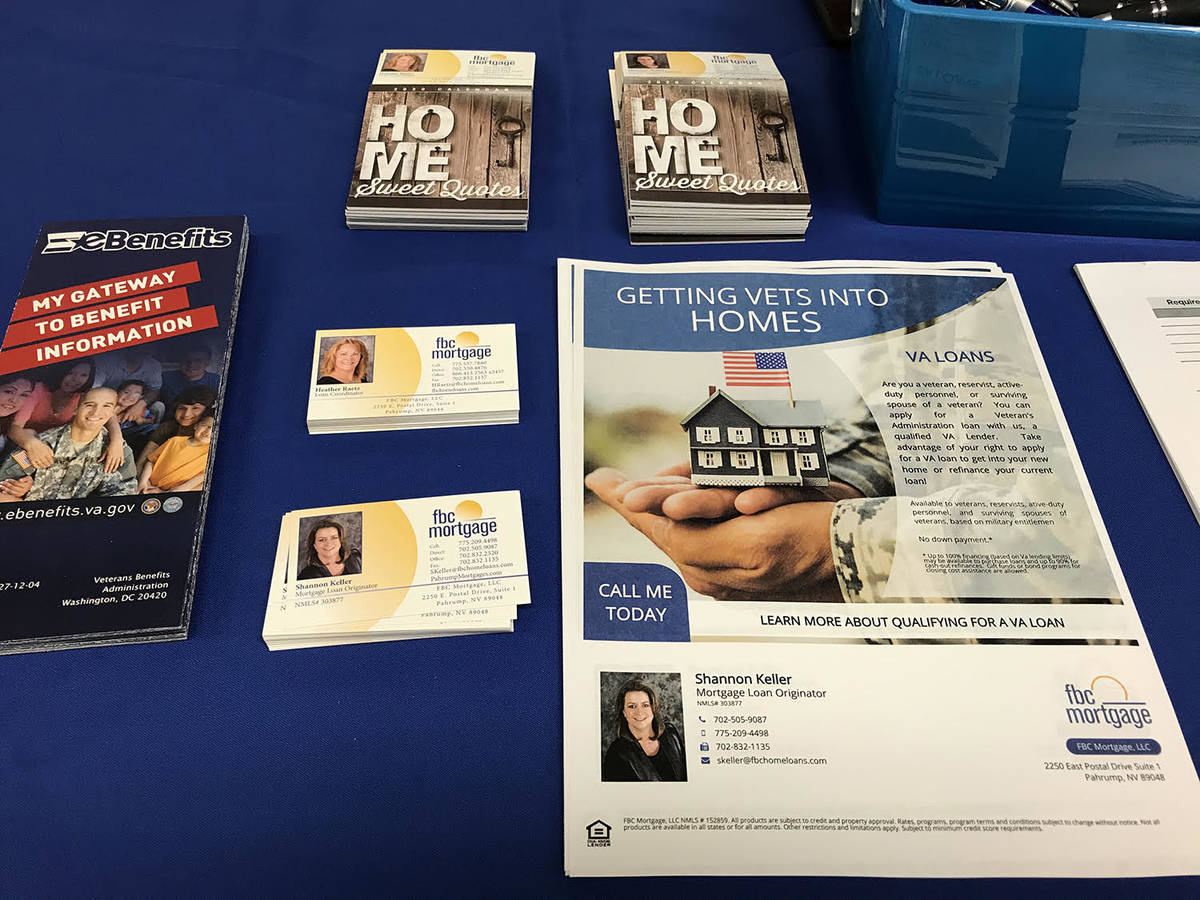 Robin Hebrock/Pahrump Valley Times All sorts of information useful to veterans and their families was on display at the Veterans Extravaganza.

Robin Hebrock/Pahrump Valley Times The Las Vegas Vets Center was just one of the 41 vendors that took part in the 2020 Veterans Extravaganza. 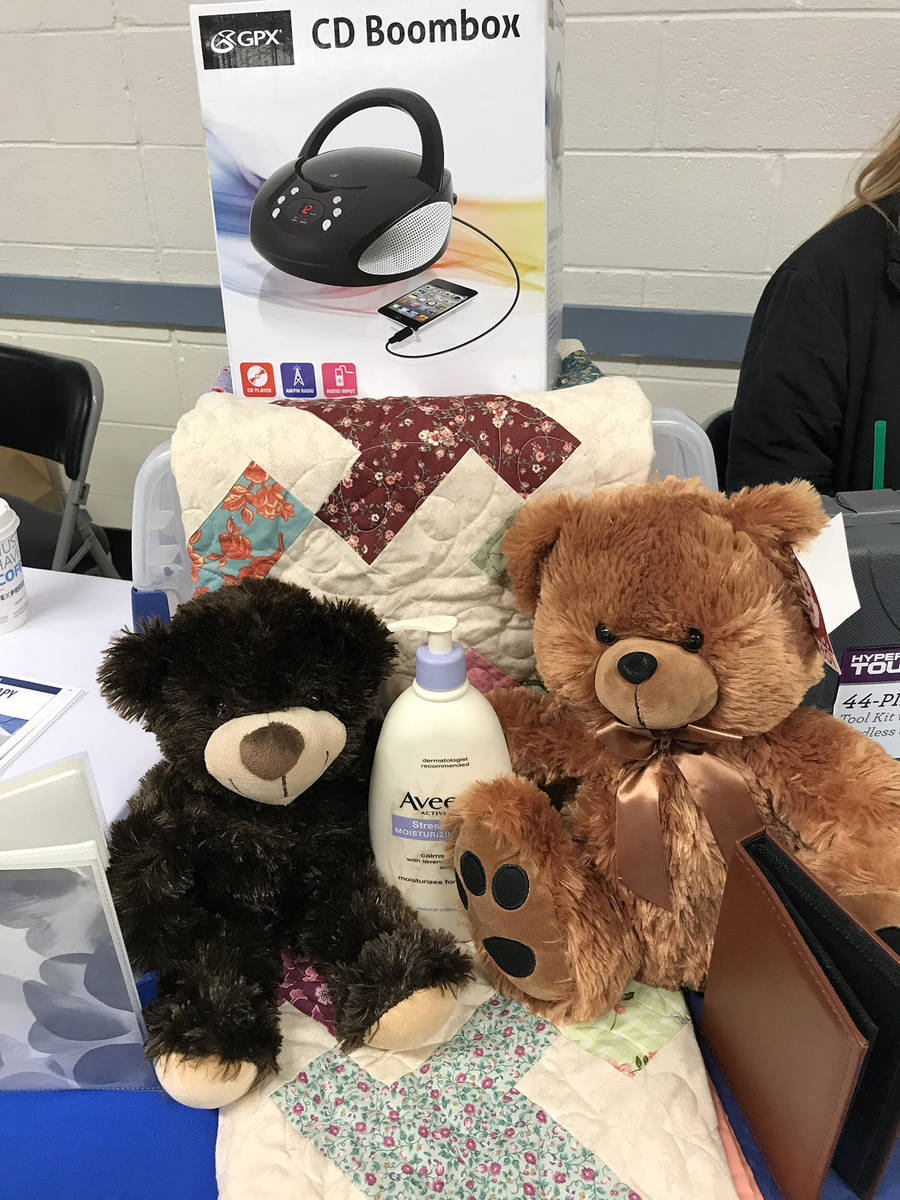 Robin Hebrock/Pahrump Valley Times Adding a bit of excitement to the Veterans Extravaganza, there was a variety of prizes auctioned off to those attending. 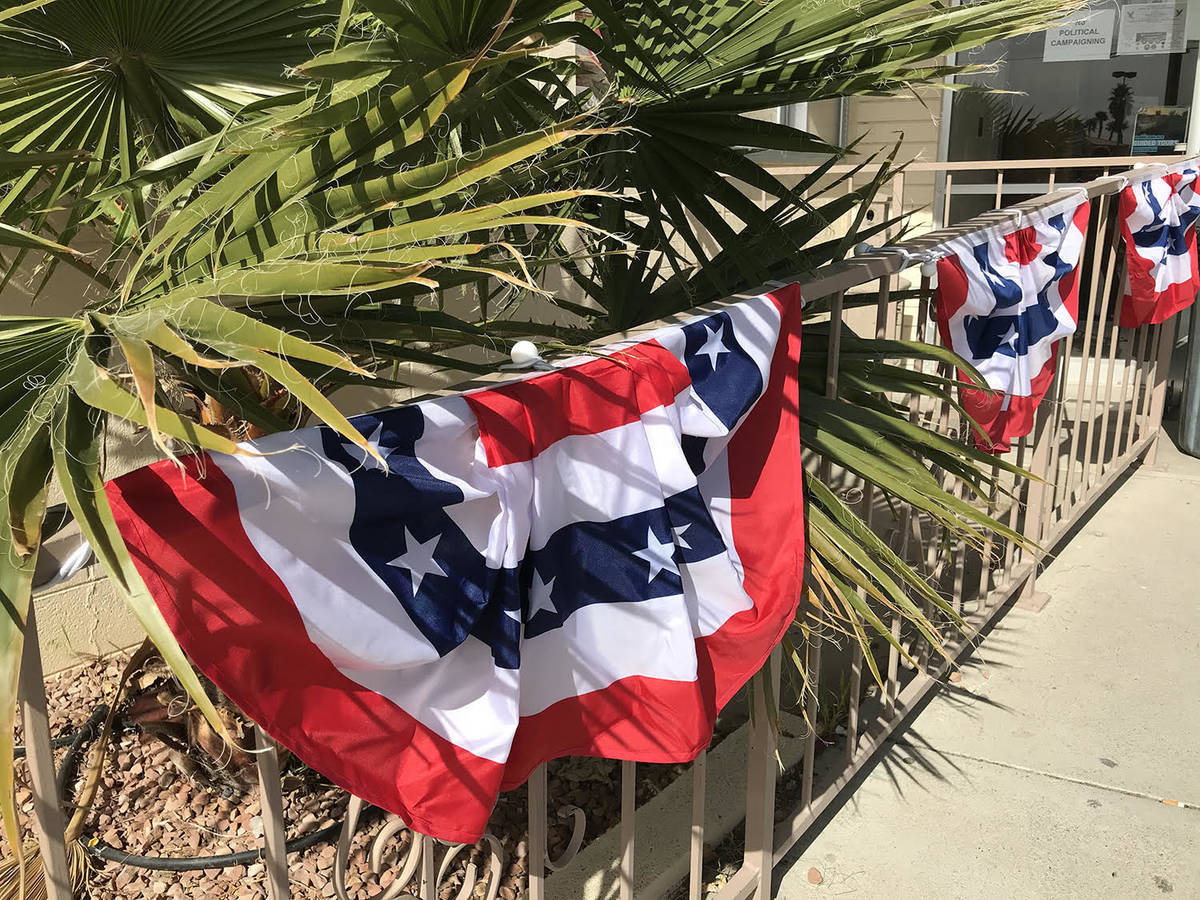 Robin Hebrock/Pahrump Valley Times The entrance to the Bob Ruud Community Center was decked out in patriotic decor for the 4th Annual Veterans Extravaganza.

The 4th Annual Veterans Extravaganza took place early this March, prior to the escalation of concerns regarding the coronavirus, and it provided current and former service members with the chance to connect with a vast array of services and resources. Government programs and offices, local businesses, organizations and more all came together under one roof to give veterans and their families a comprehensive view of all that is available to them.

“The event went very well,” event organizer Cles Saunders told the Pahrump Valley Times after all was said and done. “A lot of information was given to our veterans and their families.”

A total of 159 former service members made their way through the Veterans Extravaganza, as did 39 non-veteran family members. They were able to stop by the dozens of vendor booths and learn more about the many different organizations and entities present. In total, event organizers reported that 41 vendors participated in the event, surpassing last year’s numbers. The event, while obviously education-forward, included a tasty lunch prepared by the Disabled American Veterans Chapter #15 Auxiliary, under the leadership of well-known auxiliary member Beverly Baker, and even some raffle prizes as well.

The continued success of the Veterans Extravaganza goes to show that the event is making itself a much appreciated part of Pahrump’s yearly calendar.

It was a large undertaking that required the effort and energy of a sizable group of people to pull off. The team that brought the 2020 Veterans Extravaganza together included Saunders and his wife Jannis, Terry Janke, Dr. Tom Waters, Frank Carbone, Bob Hammond, Greg Cardarelli and his wife Susan, JoAnn Newcomb, Baker, Alice Lubbers and Catherine Longhouser.

“The Veterans Extravaganza was created in 2017 to ensure that veterans and their families are not forgotten. Veterans signed a ‘blank check’ in their willingness to sacrifice their lives in order to serve our nation and this is our way of ensuring that they have the opportunity to receive the benefits they have already earned,” the Veterans Extravaganza mission statement reads.

“The vendors volunteer their time and efforts to bring these opportunities to our veterans. Whether it is educational, medical, housing or merely applying for earned benefits, everyone participating does it to show the veterans and their families that they are not forgotten. The number of vendors increases each year so we encourage veterans and their families to come and receive the latest information.”

The Veterans Extravaganza was originally sponsored by former Nevada Assemblyman James Oscarson, one of the driving forces behind the creation of the event committee. However, Oscarson has stepped aside and for the 2020 extravaganza, two other elected officials took on the role of sponsors, Nevada State Senator Pete Goicoechea and Nevada Assemblyman Greg Hafen II.

“The Veterans Extravaganza team in Pahrump thanks all the participating vendors for their support in helping our active and inactive war-fighters, giving them the much-needed assistance in understanding the benefits that are available to them,” the event program detailed, with Saunders adding, “And a special thanks to Pahrump’s news media for getting the word out to our veterans.”