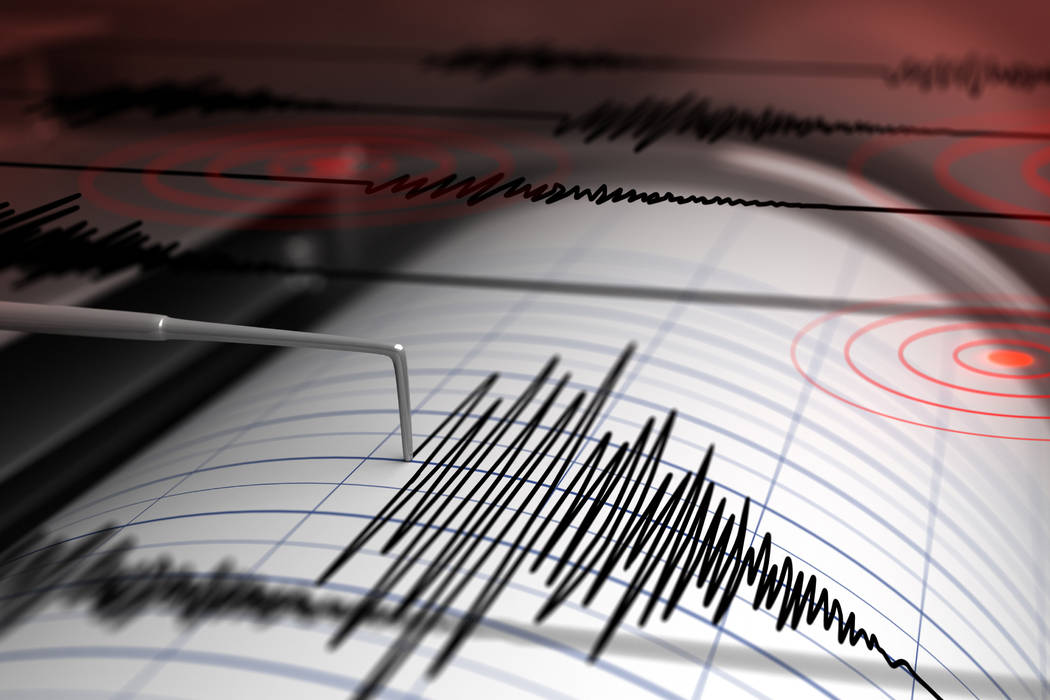 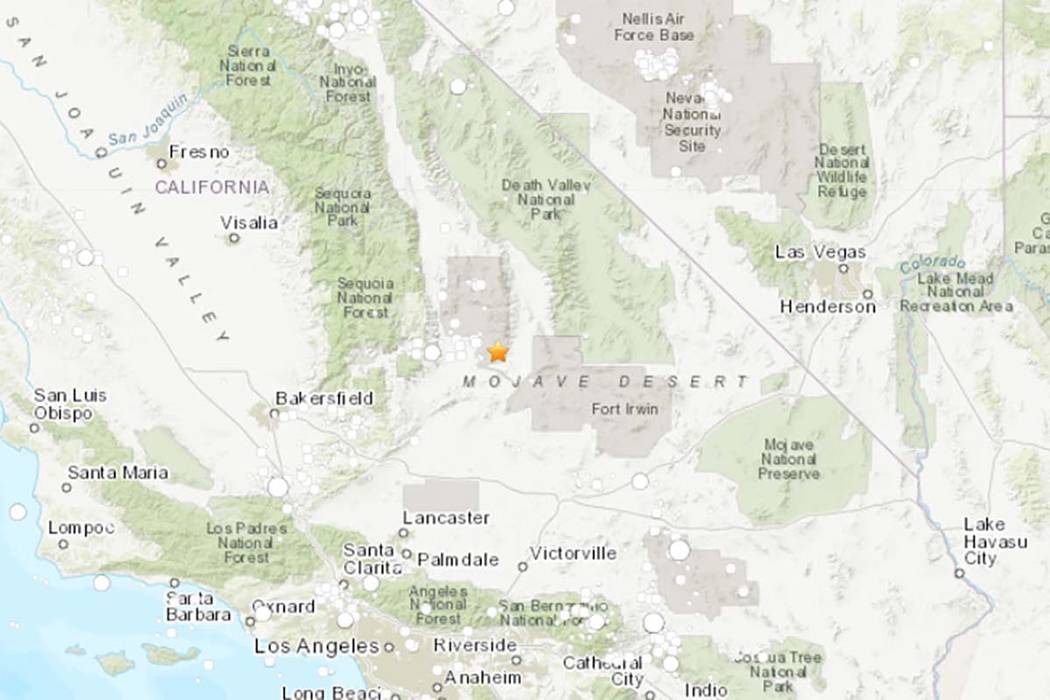 A U.S. Geological Survey map shows the location of Ridgecrest, California, which was the epicenter of a 6.4-magnitude earthquake on Thursday, July 4, 2019. (USGS)

An earthquake that shook Southern Calfornia on July 4 was felt in Pahrump.

The U.S. Geological Survey measured the quake at a preliminary 6.4 magnitude near Ridgecrest, California.

In California, Kern County, California Fire reported on Twitter that it was “working nearly 2 dozens incidents ranging from medical assistance to structure fires in and around the city of Ridgecrest.”

In the Pahrump area, no injuries were reported, said Chief Scott Lewis of the Pahrump Valley Volunteer Fire Department.

In Pahrump, cracking to drywall and stucco was reported.

The damage appeared to be cosmetic, not structural, Lewis said.

The earthquake near Ridgecrest was recorded about 10:33 a.m. Thursday in the Mojave Desert.

The seismology laboratory at the University of Nevada, Reno recorded smaller earthquakes closer to Pahrump.

Pahrump Valley Times reader Sara Gurgol provided a photo showing a crack on the outside of her new Pahrump home.

“All exterior damage, looks superficial but will get it inspected,” she writes

In California, Ridgecrest Regional Hospital was being evacuated.

BREAKING: Video shows damage at a liquor store in Ridgecrest which is 11 miles from the M6.6 #earthquake epicenter. #Californiapic.twitter.com/q6nFbkdv2m

Las Vegas Fire and Rescue said in a tweet that there had been no reports of damage or injuries in the Las Vegas area due to the earthquake in Southern California. People were asked not to call 911 to ask if an earthquake had occurred.

First earthquake in a high rise. The Springs made it more pronounced. Plus we got to meet more neighbors on their balconies. Video by Kirsten. pic.twitter.com/4rnwatTLs6

This is a developing story. Check the Pahrump Valley Times Facebook page for updates