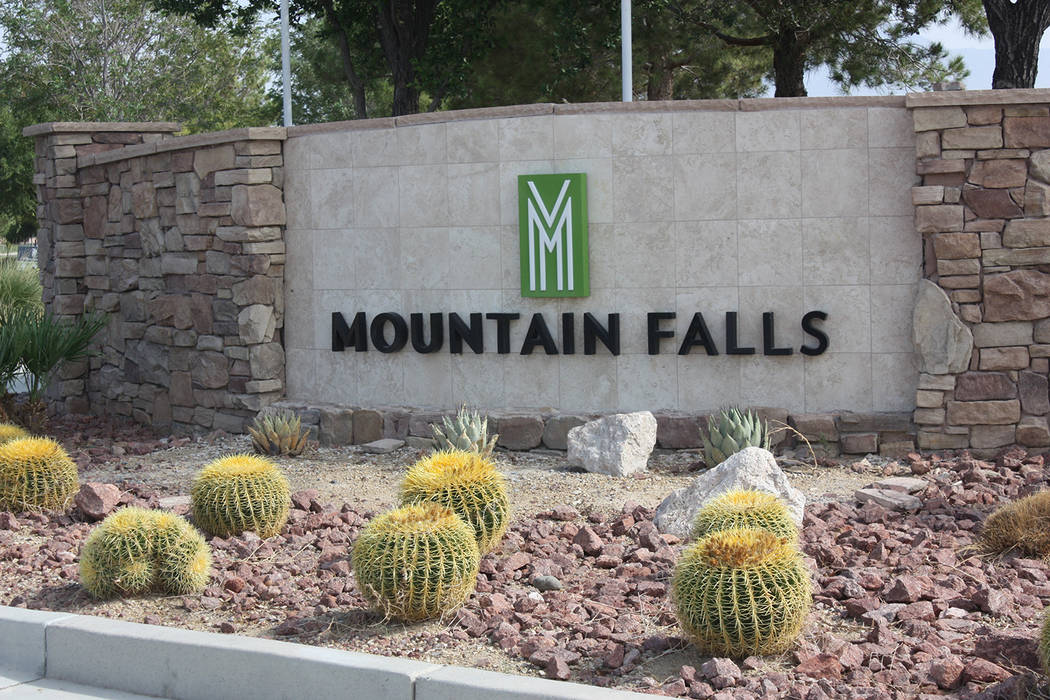 Robin Hebrock/Pahrump Valley Times William Lyon Homes, the developer of the Mountain Falls master planned community, was given the go-ahead on a tentative subdivision map for 90 new homes. 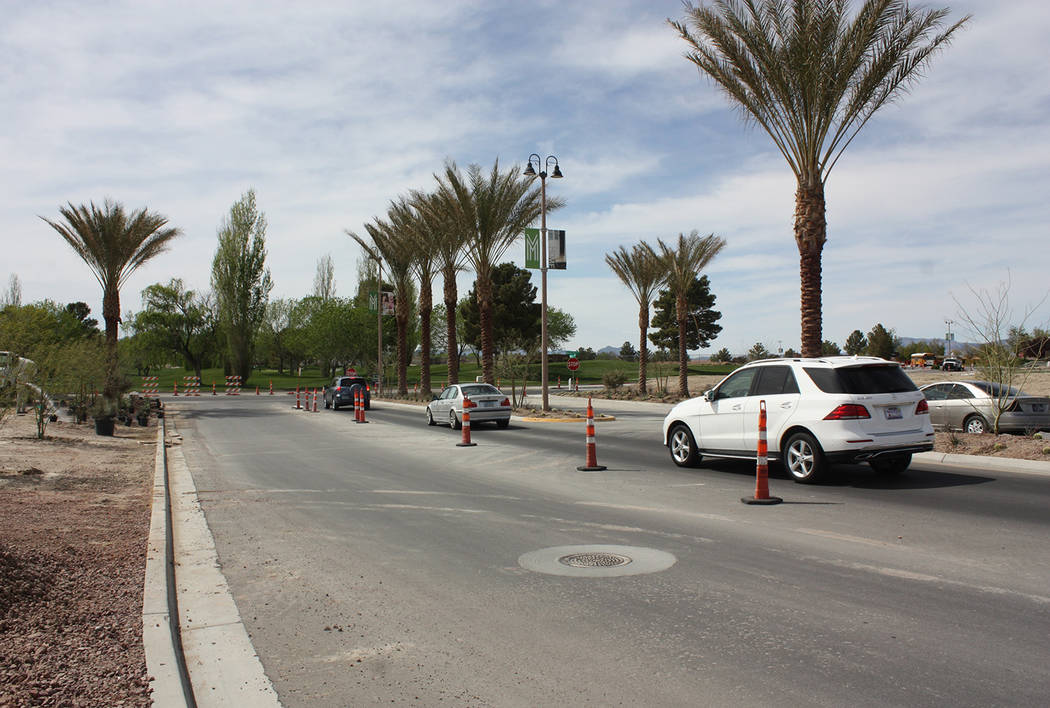 The tentative map was originally on the agenda for the Nye County Commission’s Jan. 22 meeting but the item was pulled that morning. It was back before the board during its Feb. 19 meeting, which was quite a marathon event, starting at 10 a.m. and not concluding until about 7 p.m. that night.

Mark Fiorentino, representative for William Lyon Homes, the developer of Mountain Falls, was present at the Feb. 19 meeting. In apparent preparation for any possible push-back, he brought with him a very sizable stack of documents, several inches thick, to which he could refer.

“At the risk of being a little bit flippant, staff recommends approval of this item. To the best of my knowledge there is no opposition to it,” Fiorentino told the commission as the item was opened around 6 p.m. that evening. “Staff has recommended a number of conditions that are all acceptable to us. So you can either make a motion to approve with those conditions, or I can start going through this file.”

There were some wry chuckles from the commissioners in response to the quip, followed by a motion to approve from Nye County Commissioner Lorinda Wichman and a second from commissioner Debra Strickland.

The motion to approve passed 4-1 with Wichman, Strickland, Leo Blundo and Donna Cox in favor. Commission chairman John Koenig, who has repeatedly voted “nay” on subdivision maps with parcels smaller than a quarter of an acre, was the sole voice against.

“That’s what you get when you have a development agreement,” Strickland stated as the commission moved on to the next item.

The development agreement to which Strickland was referring has been in effect for many years and it allows William Lyon Homes to build a total of 3,200 homes in the master-planned community.

The subject area of the newly approved tentative map is included as part of the amended version of the development agreement approved in late 2002. As detailed in backup information provided with the agenda item, the subject property is, “… designated as Medium Density Residential with a maximum allowance of 16 dwelling units per acre.”

The agenda information also details that the 90 new homes are to occupy a total of 13.01 net acres. In addition to the homes, there will be 14 common elements lots on the 13.01 acres, bringing the total project density to 6.9 dwelling units per acre.

The homes are to be built on land located along Mountain Falls Parkway between Mountain Falls Boulevard and Lake View Drive and they will be a continuation of the developer’s Ventano product sales. The homes will be single-family units and will not be part of the master planned community’s age-qualified subdivisions.

The land to be used for the new homes was initially earmarked as commercial, but William Lyon Homes decided it would better serve the community as residential property. “The immediate availability of all necessary infrastructure, as well as the new enhanced site entry point off of State Route 160, make planning area 2 desirable for single-family detached,” a justification letter sent by Taney Engineering, an agent of William Lyon Homes, states.